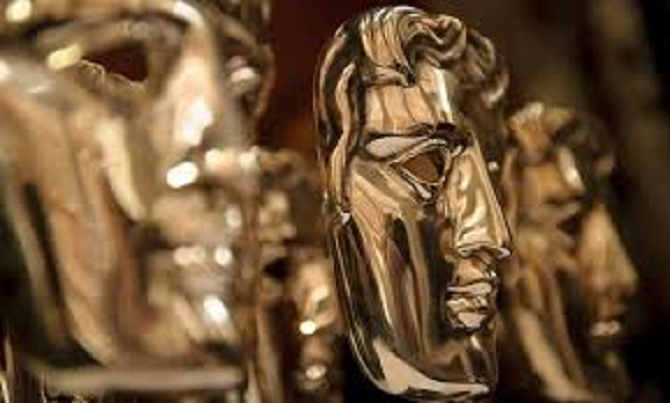 This year’s Bafta Film Awards boasted a particularly formidable line-up of nominees.  La La Land led the pack being nominated in 11 categories, and winning in four, including Best Picture and Best Director. It is also in contention for 14 Academy Awards, having already smashed the record for the most Golden Globes, winning seven prizes last month..

After thanking La La Land’s director Damien Chazelle, who took home the best director statuette, Stone told the audience: “This country – and the US, and the world – seems to be going through a bit of a time, just a bit.

“In a time that’s so divisive, I think it’s so special we were able to come together tonight thanks to Bafta, to celebrate the positive gift of creativity and how it can transcend borders and how it can help people to feel a little less alone.”

Emma Stone beat Meryl Streep, Amy Adams, Emily Blunt and Natalie Portman, and is also in the running for an Academy Award.

British director Ken Loach won his first non-honorary Bafta for gritty benefits drama I, Daniel Blake, which had already bagged the Palme D’Or at the Cannes Film Festival. In his acceptance speech, Loach attacked the “callous brutality” of the UK government.

Mel Brooks won the annual Bafta Fellowship, acknowledging the 90-year-old’s contribution to cinema, while 20-year-old Spider-Man actor Tom Holland took home the trophy for the EE Rising Star award, the only category voted for by the public.

Casey Affleck was named best actor for Manchester by the Sea and Viola Davis won the best supporting actress prize for Fences.

She is also nominated for an Oscar for her role in Fences, based on the August Wilson stage play of the same name.

Affleck, who plays a grieving handyman in gritty drama Manchester by the Sea, seemed taken aback by his win, saying: “The room looks very different from here. My heart is beating.”

After the awards, he said he had spoken to Meryl Streep backstage about her recent Donald Trump speech.

Affleck said: “I told her how much her speech at the Golden Globes meant to all of us and how grateful I was that she did it and kicked in the door a little bit, and said it’s OK to talk about these things and said it doesn’t matter if we are actors, we have been given a microphone and we can speak out.

Manchester by the Sea also won the best original screenplay, for the text by its director Kenneth Lonergan.

You may well be tired of hearing about La La Land, but its winning streak shows no signs of slowing down.

Arrival and Nocturnal Animals were nominated for nine Baftas each, but just won one award between them.

The Duke and Duchess of Cambridge were guests of honour at the star-studded ceremony, held at London’s Royal Albert Hall.

The duke was there as president of Bafta to award the fellowship to veteran actor and comedian Mel Brooks.