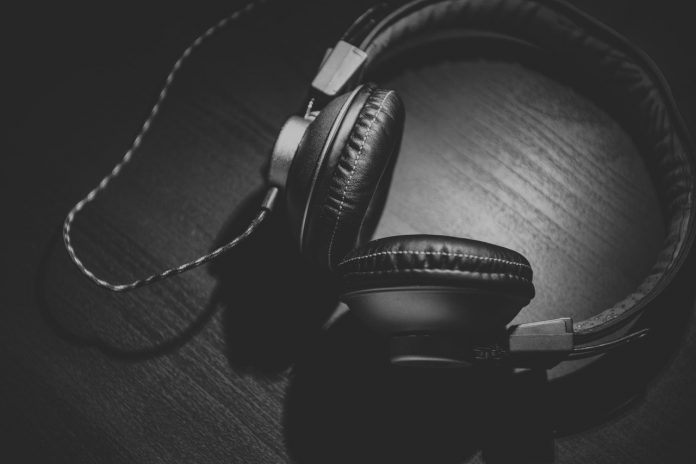 On the 1st July the music event Materia Junkies was run in the North East City of Sunderland with artists from around the UK travelling there to perform.  But there was something unusual about this particular music event. There were no guitars or drums involved, or any other instruments for that matter. What makes this night very unique was that all the music was made by Gameboys. This is the fresh exciting world of Chiptune. The night was hosted by 8Bit Rapper B-Type, a young man from Sunderland, who wishes to welcome more people into this genre.

But what is Chiptune? Materia Junkies host B-Type, describes Chiptune as music that ‘blends nostalgia of old video games and old sounds with modern music.’ America was one of the first to work with the growing popularity of Gameboys and Nerd Culture, creating the genre of music called Nerdcore. Here in the UK we are joining that revolution. Chiptune is the next generation of music and music has never been more bold and alive.

The Chiptune performers at Materia Junkies created sounds ranging from dance music to electronic covers of popular songs, drum and base to even rap music.  The familiar sounds of old games breathed nostalgia back to life for all audience members. Amongst the high energy of fun, a friendly atmosphere was set; the audience witnessed all the artists giving open support to each other on stage.

X Critical Strike X is a chiptune performer from Middlesbrough, his music ranges from dance to electronic.

How would you describe the Chiptune Scene to people who have never heard of this genre of music before?

‘The Chiptune genre is all about using old computer games hardware and software to create original music. It can literally be anything. You’ll get Chiptune Drum and bass, Chiptune metal, Chiptune blues etc. It’s a very open and varied genre that appeals to those with fond memories of their old games consoles and the sounds they made, or even those who just like the sounds you hear in retro video games […] Overflowing with positivity, geekiness and acceptance the Chiptune scene is among one of the most welcoming I have had the pleasure of being a part of. Whoever you are and whatever style of music you enjoy if you enjoy the bleeps and bloops there is some things for you in Chiptune.’

What inspires you when you create your songs?

‘This is quite a difficult question to answer as most times I just either feel like writing or I don’t. Generally though, when I write music it’s about my feelings at the time, some thoughts that I’d like to share, or my memories that I want to remember in the future.’

What would you like to say to inspire more people to get involved in the Chiptune Scene?

‘Chiptune is a very accessible genre not requiring expensive set ups or loads of gear. If you want to make music like this you could get started straight away for nothing at all on PC, or with a very small investment. There are many tutorials and guides online to help you find the sound you like and how to create music using the hardware that you have, so go for it!’

What advice would you give to others who are starting to make their own Chiptune music?

‘Don’t be afraid to ask for criticism and don’t be put off by the haters. Write music that you enjoy and keep doing so. You’ll see improvement as you get better over time and eventually you’ll be sharing music that you love with other people who enjoy it as much as you do.’

Mizkai is a chiptune performer from Wales, the headline Act of Materia Junkies, with a huge personality.

What got you involved in the Chiptune scene?

‘I came into Chiptune after discovering the online community 8bc back in 2006. I never intended to become a musician but after I attended my first chiptune show, two Japanese artists called Maru303 and Bokusatsu Shoujo Koubou. I was curious as to how they were making these amazing tracks I spent more time observing everything they did than dancing. From that moment I was sold! I bought my kit and ISDJ and never looked back. After a year I had built up a collection of tracks and I was lucky enough to be asked to play the Superbyte festival which kick-started my foray into music.’

What inspires you when you create your songs?

‘Inspiration is a very ethereal thing for me. It’s a feeling, an emotional journey or some powerful revelation. So I write music to express those feelings. I want to tell a story with the sound alone to convey the dizzying rush of excitement, love or betrayal. These emotions are the driving force of my creativity. I can’t say what I feel so I like to make the Gameboy sing what I can’t put into words. I write lyrics too even though I don’t sing. So if you look hard enough, you might catch me silently singing them at my shows!

What is it like being a female artist within the Chiptune Scene?

‘Honestly, I don’t feel like my gender makes much difference. While the majority of artists in the scene are male, I have rarely been reminded there’s any difference between us.  I have only faced discrimination twice as one guy didn’t believe I composed my tracks natively on the hardware without help or using software. Another guy believed I wouldn’t get booked for shows if it wasn’t for the fact that I am female, insinuating that I’m just talentless eye candy. Aside from that, everyone else has been genuine, welcoming and supportive. EDM is still very much a male creative space but I feel like chiptune is somewhere that I’m not judged for my gender.’

What advice would you give to others who are starting to make their own chiptune music?

‘My best advice is to not feel disheartened. Chiptune can seem extremely daunting to a learner especially because it has a very steep learning curve. The programs like LSDJ and Nanoloop can seem so abstract and confusing. But push through, even if what you’re creating right now sounds like a hearing test. Everyone starts somewhere and sooner or later it will all fall into place and you’ll get the hang of it. Like everything, it takes time and dedication to perfect. But you’ll make it! So don’t give up!’

Events like Materia Junkies can only get bigger and better, encouraging more people to get involved in this new chapter of music. When we all want a break from the stresses of the world, Chiptune can indulge our sweet tooth of nostalgia and video games.