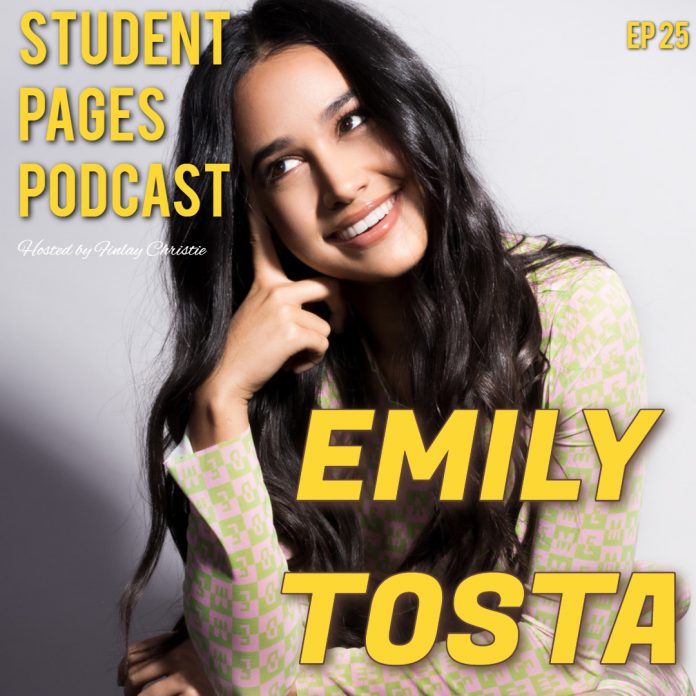 As most people looking to make it in the arts can attest, the rise to the top for Emily Tosta wasn’t always sunshine, rainbows and positive affirmations. As a child, she was all too aware of the effects other people’s words can have on you. No stranger to the cruelty of others, she was often taunted by her peers simply for following her dreams.

“I’ve been bullied since I was a girl,” she admirably shares. “I was bullied in my country for wanting to pursue acting or for doing theatre in school or for being on commercials.”

Tosta’s accomplishments should have been celebrated, but as is the case for most school children seeking to excel, her proudest moments were tainted and used to taunt her, not that the young actress let that stand in her way.

“Obviously, now I laugh about it, but it was definitely very sad back in the day. Then coming to this country, it was a culture shock. In school, I wasn’t used to any of the things that the other kids were used to. Even just like switching classes, I didn’t know you had to switch classes!”

Looking back fondly at her innocence when first flung into the American education system, she finds humour in her confusion with US customs all those years ago. But at the time, that confusion was used by those around her as fuel to target her. Now, it’s safe to say she’s had the last laugh, and seeks to use those experiences to encourage those in a similar position to rise above.

Episode 30: US Artist Marcus Yates on his groundbreaking release After...