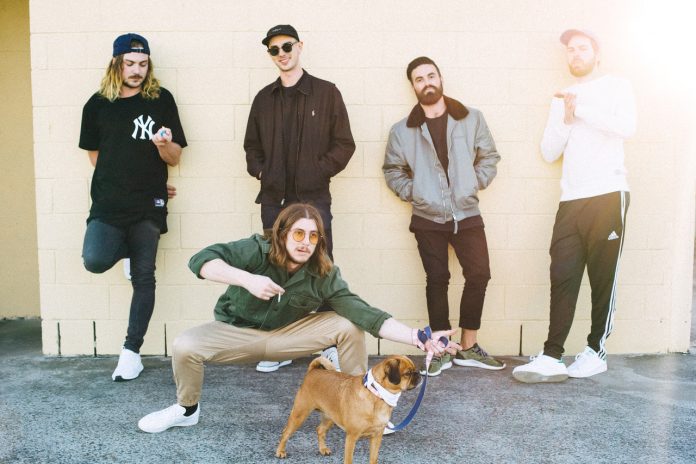 Over the past few years, Winston Surfshirt have become vital members of Sydney’s underground live scene, with past performances ranging from sold out headline shows to festival appearances, warehouse gigs and block parties and this year they sold out their debut Australian tour.

Student Pages caught up with Winston Surfshirt, the 6-piece blend of hip hop, jazz and indie, as they embark on their European Tour for the first time, to find out more about their journey within the music business to where they are today.

Winston Surfshirt moved to Australia when he was around 12 from West Sussex. It would seem he was destined to a career in music due to this family’s passion for music:

“My parents have always loved & played music. Good music. They never played instruments, but would always have artists like Etta James, Marvin Gaye & Bowie on in the background. Everything I listen to now really. Same with my sisters. I had the luck of having parents who believed in me, and believed in my ability to make music a life.”

When it comes to finding people in the music industry that were a kin to the music Winston Surfshirt was producing, he explained, within the music industry, “it was more the people that I met and starting making music with. I met Bustlip a few years after making Winston Surfshirt music – he’s one of those guys that always has great music to show you. Old and new that you might not know. He definitely opened my eyes a lot in terms of the way I produce.”

Their first proper festival was Splendour in the Grass, which happens every July in Byron Bay.

“There were zero people there 5 minutes before we played, so I was expecting about 30 people to come out, and then by the time we started playing there was like 4000 people there. That was a pretty crazy experience. Get me on Isle Of White. What you saying Glasto. We’re playing Dot To Dot through Manchester, Bristol and Nottingham too, which I can’t wait for!”

We asked Winston what his favorite song was to create to date…he explained he an instant connection with ‘Be About You’. He went on to explain that “it just gave me a good feeling and I could feel it when playing it before it was finished that it seemed to spark people”.

He has always believed in his music but never expected this many people would find it, let alone listen to it.

“I just wanted people to listen to our music. I started out, and want to continue to,  write music that I wanted to hear and enjoy or felt that I wasn’t hearing.”

For students interested in going into a career in music, Winston had this great advice to pass on:

“I always say you’ve got to enjoy it first. It’s like anything. You can practice and practice, but if you turn that practice into a habit,  the more you mess about with it, and the better you’ll get.”

Aneesa Sheikh on taking fate into her own hands!