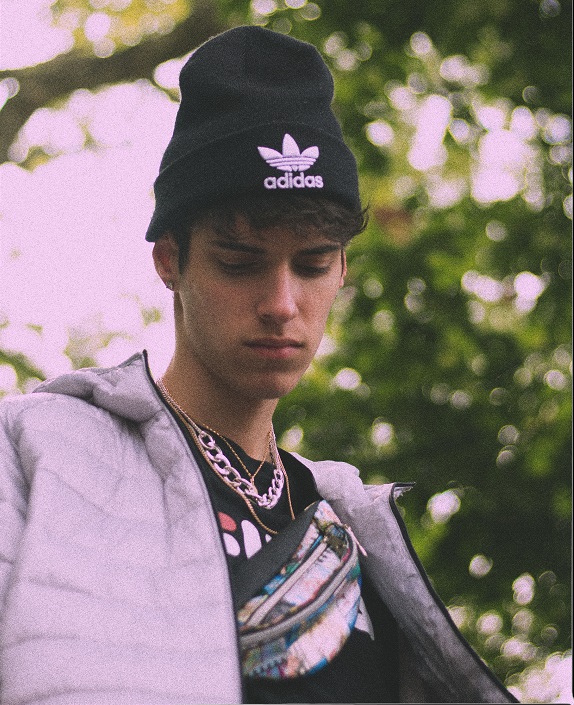 Exciting new artist Adam Rom showcases his wide-ranging musical talents on debut single ‘Obvious’ . We caught up with the talented 17 year old to find out more about his incredible journey, and what plans are in place for the future.

Obvious was actually written in my first studio session, Adam explains.  “I remember being in the studio and mumbling this idea, it literally just came from nowhere and from that we sort of took the words I said and based the whole song around it”.

With fruitful influences from his family throughout his youth, Adam ’s musical journey began when he picked up a guitar aged 12, the drums and piano soon followed, and when he was then introduced to Logic Pro X production software, it felt like a natural progression.

Describing his music, Adam sees his music as a mix of organic sounds/instruments and slightly left-field electronic dance/pop. “I think what makes my music stand out is the fact that I write, produce and sing. Every song you hear is me.” Adam explains the feelings invoked by his music changes dependant on the song…”some songs I want people to feel chilled, others I want people to feel like they can just dance to it and feel happy”.

Citing the likes of Justin Bieber, Flume and Diplo as inspiration, the 17-year-old’s first release blends organic and electronic elements, and comes draped in catchy pop sensibilities. “I absolutely love Justin Bieber, he is the reason why I originally started making music. In terms of production I really love Mura Masa / Flumes new stuff/ Louis The Child, I think they make some super cool stuff, definitely big inspirations for me.”

For all his talent, what really sets Adam apart is how exceptionally grounded he is, hailing his mom as his main support structure throughout his journey. “Well my mum has always been very very supportive of me and my musical journey. She genuinely loves the type of music I make so it’s made it very easy for me to play music when I’m working.”

For students seeking a career within the music industry, Adam recommends making music that show’s potential, but most importantly being true to yourself, and to not cater to a trend!

Looking to the future Adam is keen to keep doing what he loves, which is making and performing music. To grow as an artist and bring happiness to loads of people all around the world.