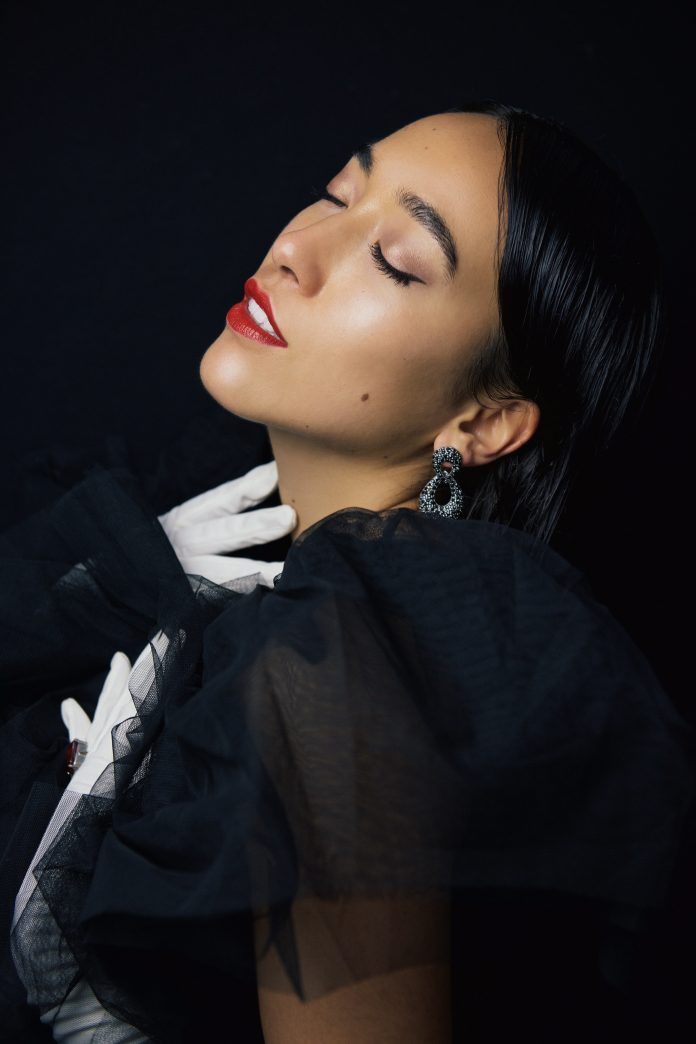 French & Korean artist Séline Delcourt started performing from a very young age. Ranging from dancing and playing the piano to singing and acting. She explains how she always had a fascination for the arts, but growing up, didn’t think being an artist could actually be a career she could pursue. It dawned on the artist that she was never really fulfilled unless she was singing or creating art. Pointing out how she didn’t want to live with any regrets so took the “leap of faith” to pursue music full time upon finishing her studies. We caught up with Séline, now based in London, following the release of her highly anticipated release “Morning Sun”. Music that offers a preview into who Séline is as an artist in terms of her sound and the importance she attach’s to authentic lyrics.

The song itself is inspired by an all-consuming affair, highlighting its darker aspects as it deals with obsession, disillusion and denial. Séline is keen portray an element of cinematic, soulful and poetic through her music.  “I think the honesty in the text and the rich production showcasing a deep and unusual voice help distinguish my music in an era dominated by lo-fi beats and airy vocals”. Séline references her favourite work as yet to be revealed to the world. Offering a more raw and evocative production, paired with a powerful production; whilst offering a melancholic and uplifting message. Centering on the invincibility of youth, the passing of time, and recognition of past mistakes.

Offering a Sense of Escapism

Séline likes to think her songs provide an escape for listeners from the chaotic nature of our daily lives. She references the inspiration of her songs tend to stem from certain events in her life.  “I love the idea of people making them their own and colouring them with their personal interpretation and memories”. Offering an avenue to invoke different feelings dependant on the listener and their mood. She points to being extremely lucky in having a supportive family and strong core group of friends who have believed in her and push her to keep going, even when she has found herself frustrated and looking to throw in the towel.

Séline notes how her choice of sound, whilst raising a few eyebrows,  inadvertently cemented her desire to pursue her dream and prove the naysayers wrong. The artist highlighting how you learn to build a tough skin and surround yourself with a strong support network of people.

“There were dark moments in my life and a lot of self-doubt. What really helped me was opening up to people (which was tough initially!) about those thoughts and feelings, rather than stubbornly attempting to deal with them alone. My studies in philosophy helped me manage my anxiety. Being an ambitious, workaholic perfectionist, I’m my harshest critic, so it’s important at times to take a step back and realise ‘hey, I know I’m not where I want to be just yet, but I’m not doing too badly, so let’s keep going”.

Séline explains how it is important to find people who are on a similar wavelength when it comes to creating music. Referencing examples from producers who understand which direction you’re heading in with a song and who can help execute your vision. Pointing out that it’s vital to be able to trust and establish a good relationship with people you work with. To be open-minded and do sessions with people who work in different genres to yours as it will only help broaden your comfort zone and shape your sound.

Connecting with the Fans

Séline admits to slacking with social media. She points to her love/hate relationship with social media. A notable and incredible way to connect and stay in touch with people, fans and creatives all around the world. However the artist is constantly mindful of the effects it can have on people’s mental health. “It’s not necessarily ‘fabricated reality’ as many purport, but it does offer only a glimpse into someone’s life; hence why it’s important to bear in mind that what you see is what people want to show”. For her part, Séline mainly uses Instagram to connect with fans. She highlights how in today’s world, you can’t get away from TikTok—the whole mechanism behind it fascinates the artist and she notes its importance in exploring for both rising and established artists.

Séline believes it vitally key pursuing your dreams to not back down even when it gets tough! “Having spoken to many people at different stages in their career, we all have crippling moments of self-doubt. Don’t be afraid to ask for advice either, you’ll be surprised by how responsive people can be. And lastly, you have to be a self-starter, so many want to make it in this world that the hustle is real”. It is important to be patient and trust in the process. Notig that whilst the pandemic is a challenge to us all, it offeres a great opportunity to be creative and write new material.#watchthisspace