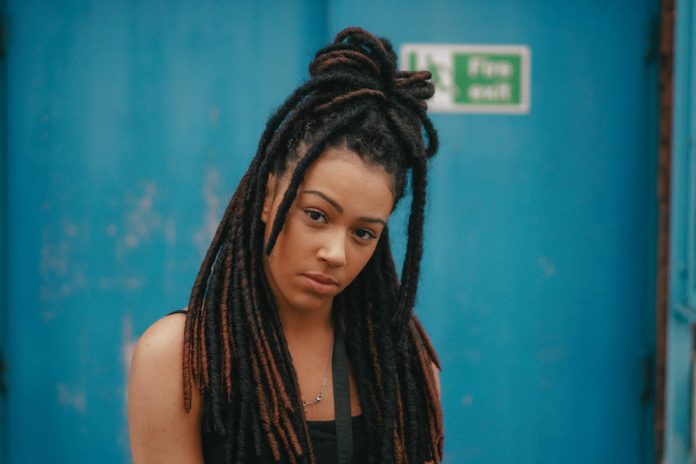 Deyah’s journey into the world of music is one of triumph. A road with twists and turns. A sign for others that – no matter how many bumps there may be in the road, staying on track to where you want to be is possible.

Coming from proud religious roots, her latest confessional EP, Care City, has taken the MC scene by storm as she candidly tackles the heartfelt dichotomy between her faith and struggles with addiction. Through it, she successfully and masterfully illustrates the battle she faces with alcoholism, drug use and her own Christian morality with notable accuracy for such a unique concept – with such themes rarely paired together in the musical world.

We caught up with the masterful MC ahead of Care City’s release – set to drop 10th April – to find out more about the history behind her latest EP and what lies ahead for the talented artist.

Fierce, feminist and a force to be reckoned with, her commendable standpoint denounces the genre’s often derogatory representation of women – instead empowering young, female artists to follow in her footsteps and break free from the misogyny that can often be found in music. True to that ideology, her footings into the industry were collaborative ones – using the power of companionship to get ahead. “I surrounded myself by other musicians,” Deyah recollects. “I’d go to local gigs, I’d ask as many questions as possible about studio set up, how to record a track, the business side of music. I’d learn as much as I could and through networking, I met my manager and whole bunch of artists who have taught me along the way.”

Hope through the rain

They say adversity makes for a great muse – and when it comes to art, this rings all the more true. Too often, artists not only find inspiration in the dark times they face – but use their craft as an outlet to keep them moving towards the light. For Deyah, Care City, was the culmination of the struggles she faced and the brightness at the end of the tunnel. A documentation of a very dark season she endured; she now looks back retrospectively at the progress she’s made since. “I’m no longer controlled by the expectations of others or their wants regarding the music I create – I create what I want to create. Care City is me being me.”

But above all? It’s her earnestness that shines through. Devoid of proper structure yet comprised of cohesive sounds, her material is an amalgamation of authenticity and meaning – delivering a clear message in each track. The result? An EP that’s real, relatable and empowering at the same time. “I hope the listeners feel an openness,” the gifted MC tells us of her latest release. “The ability to relate, a safe space, freedom, lack of judgement, faith and authenticity.”

Suffering with depression from such a young age spurred the artist on to produce the sounds we hear today. Coming out the other side into a healthier and more positive space, Deyah’s faith helped her through the dark times but it’s her music that’s allowed her to reflect, remain present and channel her feelings into art.

Through it all, she’s grown a resilience that’s as strong, robust and empowering as the tracks she creates. “I’ve learnt not to digest the opinions of others and not make personal decisions based on people’s comments,” Deyah recalls. Advising those who want to follow her in her footsteps, she continues:

“It’s important to be around and work with like-minded people who understand your vibe so you can work coherently and produce the best material. […] As much as I’m not a fan of social media, I do think it’s imperative when trying to build a career within the music industry. Networking is the most beneficial and proactive way of finding a path into the industry; there as so many free events available to attend […] It’s important to make people aware of who you are and what is you do.”

Thinking towards the future, Deyah remains humble as she focuses purely on the message she seeks to communicate – not the success that comes along with it. She tells us: “I don’t necessarily think too tough about the future, I try and remain as present as possible so in saying that, I just want to keep creating content as authentically and honestly as possible. Hopefully that will continue to open doors for me as it has done thus far.”

And we, for one, can’t wait to see the results of that mindset come to fruition. Be sure to keep your eyes peeled on her next moves – and check out Care City when it lands later this month.