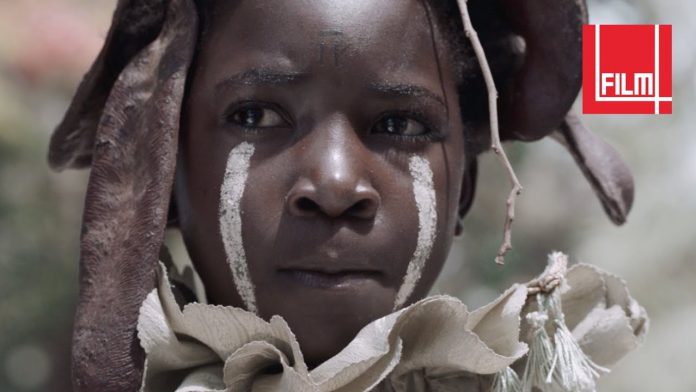 I am Not a Witch is a hilarious and harrowing tale from one of the finest new voices.

I am Not a Witch is the debut film from Zambian-born director Rungano Nyoni. It tells the story of a young girl, Shula, accused of witchcraft after a trivial mishap. The phenomenon in Zambia relates not to a cackling Shakespearean witch, but a relatively innocuous kind. These witches change the weather, read minds, and would fly away if untethered. Purportedly. It is a ludicrous social construction used by selfish men to oppress women. Although the subject matter is alarming, the narrative mostly filters through the comedy of its absurdity. The humour is at times reminiscent of Sacha Baron Cohen’s movies or Monty Python. It’s probably the grandiose confidence of foolish characters. There is a moment where the whole judicial system is reduced to Shula’s guess.

But a deeper meaning flutters behind the comedy, like the platform behind a racing train. Seen only in the flashes of space between the carriages. This movie certainly has a dark side. And the unexpected appearance of the cold reality almost grated against the lighthearted side. The dark truth appears every now and then like a needle scratched off a record. This is by no means a bad thing. It makes the glimpses of truth all the more impactful after you inevitably lose yourself in the comedy again. The reality behind the movie is no more forgiving once the credits roll, because it ends on one final needle scratch, and leaves you to digest the movie, and its relation to our modern world. There are obvious parallels between the African political system, or lack thereof, and the Trump Administration and post-truth media.

The deep truth underlying this movie needs to be heard.

The cinematography of I am Not a Witch is also excellent. The shots are very minimalist, giving a sense of realism and intimacy with the narrative, and there are dashes of creative flair, with lingering shots during the realist scenes. 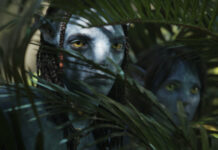 AVATAR: THE WAY OF THE WATER – A True Fortress of...