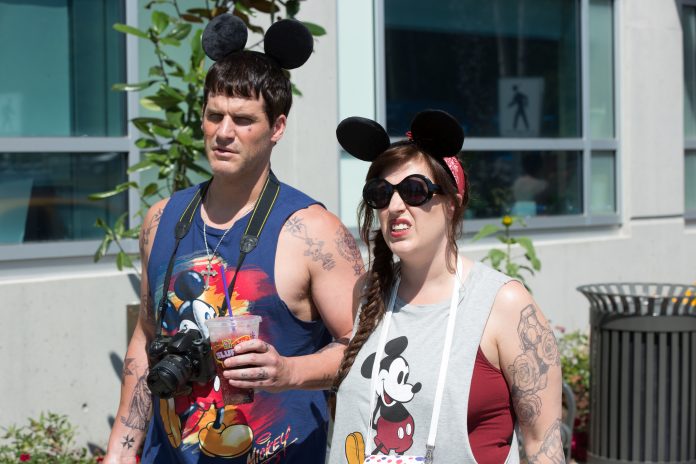 “Killing Gunther” made by Saturday Night Live comedian, Taran Killam, is Arnold Schwarzenegger’s latest endeavour in his half hearted pursuit to comeback as the funnyman and action hero of the past. However, there’s a catch.

The story follows hitman Blake (played by writer and & director of the feature, Taran Killam) on his vengeful quest to kill the allusive and seemingly unstoppable, Gunther, played by the star of the show, Arnold Schwarzenegger. Blake hires a couple of young filmmakers to document the journey, whilst threatening to kill them if they refuse, along with a crazy bunch of unique wacko hitmen that include an explosion obsessed ex-miner, a zen ninja-like killer who only kills with poison, and a slick trigger happy hit-woman with an overbearing Iranian father, to name a few.

Killam, who is mainly known for his Saturday Night Live sketches, makes his directorial debut with the poof of a deflated balloon as opposed to the scintillating boom of an explosion that he may have been looking for. After the surge in popularity of TV shows such as “The Office”, “Parks and Recreations” and “Modern Family”, mockumentaries appear to be the in-thing in comedy. Unfortunately for Killing Gunther, it falls flat like the aged pecs on Arnold’s chest. The overused style adds extremely little to the film, both narratively and comedically, and feels more like a cheap outlet from budget restraints rather than a true mockumentary. The majority of the film is plagued with poorly executed jokes by characters who are hapless in a remarkably unfunny way. The protagonist Blake has nowhere near enough wit, charisma or sufficient acting skills to garner the attention of an audience for the duration of the film.

However, when you do trundle through the cringeworthy jokes and a story which lacks depth, and that all familiar voice breaks out with a classic “put your weapons down”, and Arnie emerges into the limelight, you can’t help but get tingles down your neck. It sparks a feeling that he may have been sent here to save this film.

From then on, the story takes a twist with Gunther revealing that he’d been making a documentary about Blake’s documentary all along. And this is where the real fun begins. Arnold brings his energy to the screen with a series of smart wisecracks as the best jokes of the film play out. References to his previous action films and famous one liners such as “go ahead kill me!” and “terminated!” along with some hand-to-hand combat scenes all render a blast to the past, and will perhaps even warrant your initial viewing of the first half of the film as justified.

As opposed to being a game of two halves, this is more of a film of three very bad quarters and a fun final one.

My name is Liam Jackson, and I'm a budding screenwriter passionate about film, music and travelling. Currently studying in Glasgow, I'm keen to get a foothold (or even a toehold) in the television and film industry. When I'm not writing or watching films I enjoy going abroad and doing travel writing. You can take a look at a recent blog I made in India at liamjacksontravel.wordpress.com.