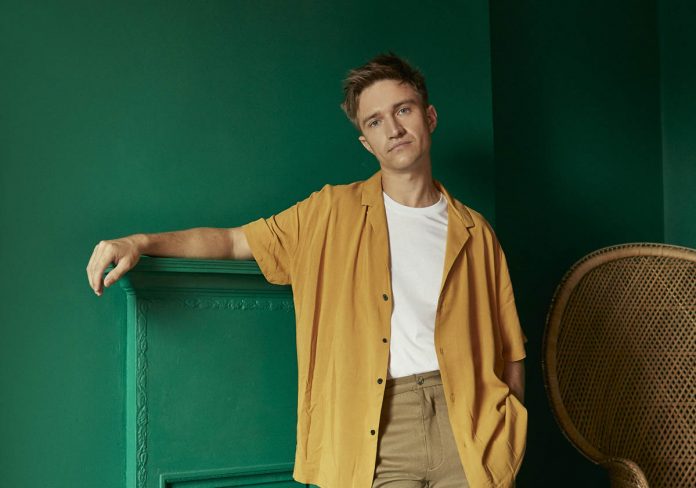 We caught up with London based pop singer songwriter AJ Wander to discuss his debut single ‘Time Out’. The artist explains how he started writing as “young moody teenager” with a keyboard in his bedroom. At the age of 18, he moved to Austalia seeking to find his identity, with the affirmation that music was his true passion. “I didn’t quite have the confidence to lay my heart on the line and pursue with all guns blazing. Thankfully the people I met over there rallied my courage to bite the musical bullet”. The artist subsequently moved back to the UK to study at ACM. Following his journey with ‘Tors’; the artist left to chase his own goal of being a solo artist. Leading the artist to his first debut release.

“I wouldn’t say I chose this path as much as it chose me. Although it’s taken me some time to arrive at this milestone, it’s the journey to this point that has left me feeling so ready for the road ahead and I’m so excited for it!”

The London artist highlights how ‘Time Out’ is a track he has held close to his heart for a number of years. Writing the song was a cathartic experience, he explains, whilst the song itself has helped the artist get through a heartbreaking time in his life. “I wrote the song a week after breaking up with my first love. It represents the moment I realised that it was both the end of something beautiful and the start of the exciting unknown. The day I wrote ‘Time Out’ is the day I finally accepted that we had to let each other go in order to grow”. AJ Wander describes his music as heartfelt pop with frank talking lyrics, surrounded by anthemic production and awesome melodies.

The artist points out how all material he writes for his music is his soul opening up to the world. The hope that his music in doing so can provide an honest representation of who he is and inspire an emotional connection that helps the songs stand out. Noting how if he is able to invoke a feeling from his listeners, he has succeeded in the delivery. “I think so much of music’s beauty lies in the variety of ways it can be perceived”.

AJ Wander initially references his father has his point of inspiration. Highlighting his father’s musical experience as a pianist in his younger years. Having been surrounded by music, he remebers his home being littered with instruments and found he naturally gravitated towards them. Much of his childhood was spent either singing beside his dad playing the piano or listening to their favourites in the car. He believes seeing their excitement and love for music led to him to following the same path in adult life.

He highlights how his relationship with social media is one of love and hate. He believes it can be an amazing platform to add a new dimension to his music. Allowing artists to interact with fans and whilst enabling fans to feel closer your music than ever before. That being said, he also feels it can be a huge distraction and a little toxic. Something which he feels has it’s limits. “My priority is my music right now but I don’t hide away from the fact that social media is probably the best way to reach the people that listen to my music”.

For the artist music is not something you can succeed with alone; collaboration is at it’s heart. He highlights how being able to bounce off of so many talented creatives has enabled him to create and release music that he is proud of. He believes its important to be persistent and remember that whilst you should learn from and collaborate with others, your instincts are also important. Your unique intuition is what will set you apart from everyone else.

He points to his biggest barrier as the annoyingly responsible voice in his head stopping him from pouring his all into his music for fear of it not working out the way he’d planned. “I’ve finally drowned that voice out and I am letting this ride take me wherever it needs go”.

The artist now spends most of his waking hours writing. The studio is his home and he no plans to moving any time soon! #watchthisspace