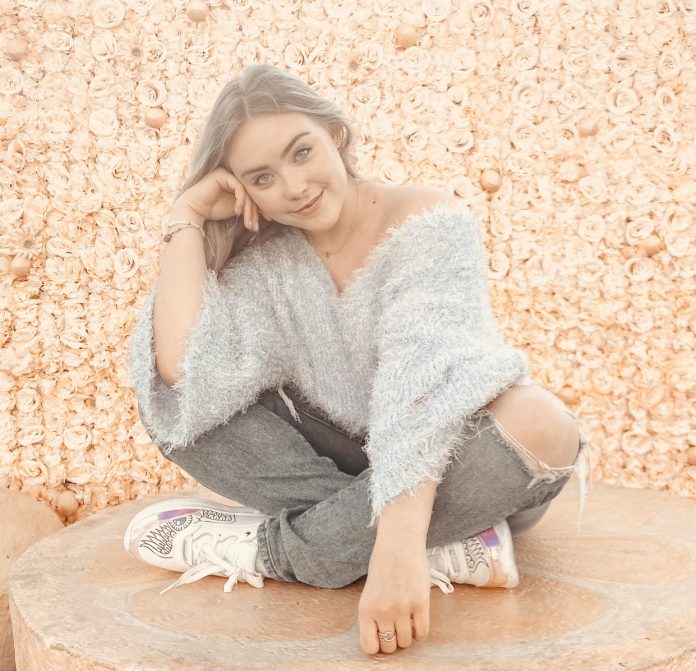 “When I started auditioning in the beginning of my journey, I’d always let my nerves get the best of me. As I’ve gotten used to the process though, I am able to direct my focus where it needs to be and concentrate more efficiently, rather than worry.”  – Mila Nabours.

Los Angeles based Actress Mila Nabours grew up pursuing a career in gymnastics. Although she openly admits, this was never where her passion [gymnastics] truly lay. Highlighting how over the years she started to develop more interest in dance, channeling her energy into this artistry form as a main focus due to reoccurring injuries through her gymnastics.  What followed was a course that would see her sign up with a competitive dance studio; with a schedule that saw  Mila performing and competing at high levels of competitions. We caught up with the talented young actress/artist/dancer to find out more about her incredible journey to date! Mila openly admitting that when it comes to her acting; up until three years ago, she had never openly envisaged pursuing an acting career:

“When I started dancing,I followed in the footsteps of my teammates and started involving myself in the industry. I began taking acting classes and absolutely loved it! “

The actress explains how through her hours  spent in the gym training in gymnastics, she was able to teach herself discipline. A point she highlights was extremely important to her as it enforced a routine at a very early age which has evolved and shaped the actress into the person she is today.

“Juggling public school and gymnastics was hard at times for me, because of the long hours I had to be at the gym. Even so, I always stayed focus and worked hard in everything I was doing. In 8th grade I transferred to online school, which really helped balance my schedule. By 8th grade, I was already involved in acting and dancing. Since then I’ve been online schooled at a college approved school.”

The actress goes onto point to her incredible team she has had the privilege of working with, which has helped to ensure her music career to date has been an incredibly smooth transition.

Mila uses method acting prior to memorizing her lines for any audition. This includes doing a full breakdown of her character to better understand their backstory. Highlighting that knowing the characters intentions is the best way for the actress to be natural on camera. Her film Feet of Fire; which seeks to inspire woman to pursue their dreams, was an incredible experience according to the actress. Cast as lead actress, Amelia; a character whose background focuses on a pre teen discovery of her passion for modern dance, whilst in the midst of an unsupported mother. Mila explains how her character finds herself in numerous dance performances, experiencing a great deal of character development throughout the story line.

Through her role as Rachel in Nina Saiza, the actress opens up about her love for playing a character that offered a more emotional range from which to showcase her acting repertoire. She goes onto highlight that whilst the industry can be very cut-throat, which can be mentally overwhelming at times, it can be incredibly rewarding. For Mila, it comes down to being able to keep a positive mindset, and put on a positive front, staying strong when you feel like things are turning against you! “Some days I do suffer pretty bad anxiety as well as depression, and that can definitely be a battle. When I’m overloaded with work I tend to fall into a cloudier mindset, and that’s why I feel it’s really important for me to have rest days”.

.
Mila opens up how people used to not take her seriously when she said she was an actress. Pointing out that they would laugh about the notion of her pursuing an acting career, and whilst it hurt, she took the position that she was pursuing her dream and that was all that mattered! “I absolutely love the zone I’m able to get into when I’m portraying a new character. It’s a freeing feeling that allows me to be vulnerable and not have any fears about what I say or how I act”.

The actress references times where she finds herself being unmotivated and closed off. To push through, she bring herself back to why she is pursuing her dream, and this helps bring her to the right mindset. For the actress, it’s incredibly important to remember your worth. To pursue something for the right reason, and more importantly because you love what you do. To find people within your life that will support you unconditionally, and have the self belief to make it happen, because you can! #watchthisspace

Brooklyn Artist Dru Cutler on his new single Vibrate & The...