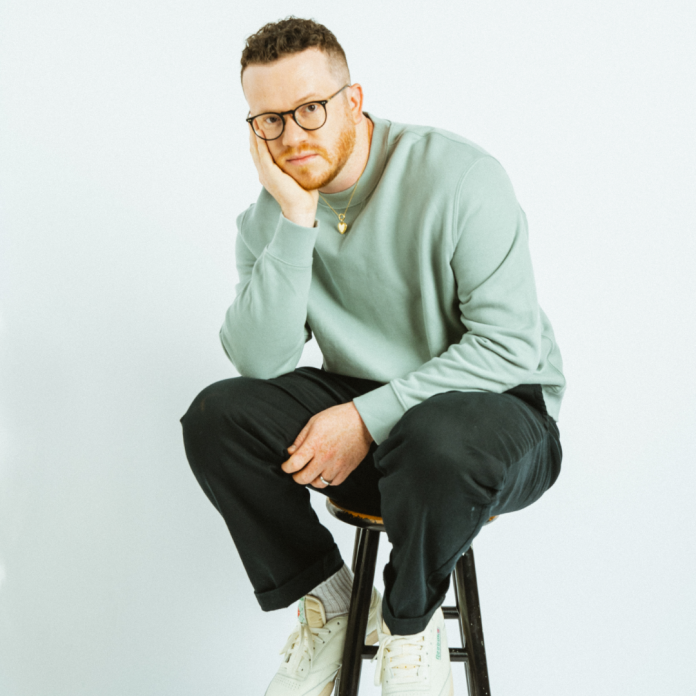 We caught up with LA based artist Sam Fischer following his latest collaborative effort with Demi Lovato “What Other People Say”. The aspiring artist, whom initially began as a songwriter, explains how his ego led him on a journey of discovery. Not one to sit back and accept his songwriter status, he utilized the power of TikTok to bring his music to a global audience, with his viral sensation single “The City” now standing at over 350 million worldwide streams, with over 2 million worldwide sales and over 50 million video views.

What Other People Say

The artist begins by explaining that he wrote ‘What other people say’ in 2019 before ‘This City’ had happened. He goes onto point out that mentally he was just in a place where he was looking at himself, looking at his life and felt like a bit of a failure. A view echoed through the feeling that he had somehow not lived up to expectations. “Throughout my life it’s always been me getting close to something but not really going all the way with it, and it’s a bit rough”. Working with Demi Lovato was a whole different experience for the LA artist.  For Fischer, he recalls when they were sitting backstage at Ellen, with Lovato running through mini medications to centre herself, humbly taking it all in being grateful for every moment. A skillset the artist found incredibly insightful. “Speaking to someone who has been through so much, so openly with the public and learning from someone who people have so many opinions about that are 99% completely false – I’ve learnt that it is just taking every moment for what it is and not trying to rush through the process”.

Fischer describes his music as disarming pop for the night-time crowd. He believes his music offers something people can relate to, whilst at the same time enjoy. Highlighting that through his music he looks to offer hope. “I think that when I feel alone in a feeling I’ve come to the realisation that maybe millions of people around the world also feel alone in that feeling, so if I can be the one to stand up and say “Here, I’m going to give you a safe place to feel those feelings” then that’s great”. What differentiates the artist from everyone else is his voice and writing style. Pointing out that he feels like at the end of the day there are so many singers who write their songs and we all have our thing and it’s cool. The fact that it is nice to be friends with people like Niall Horan, Lewis Capaldii and JC Stewart, and whilst they all do a similar thing, the each have their own lane, which makes it fun.

The artist is keen to invoke real emotions and feelings through his music. To afford his fans the freedom to find themselves in their songs. “I want someone to relate to it. I know that for me, throughout the pandemic, Sasha Sloan’s music was where I could feel that. I remember listening to ‘Too sad to cry’, and being like “that is me, that is what I’ve been trying to feel” and not being able to find the words”. Going onto highlight that if he can give someone the words to express how they’re feeling before they find their own, then that’s all the artist is aiming to achieve.

Driven by Those Around Him

Fischer points to his mom as his hero! Highlighting how he would not be the person he is today without her. With an additional reference to his wife, who has been through thick and thin with him; Fischer points to being a fiercely loyal person. Constantly driven by those around him. The artist explains that it takes a village to do this. Humbly admitting how there would be no chance he could pull through his career to date on his own. “I’m just trying to make sure that everyone who has put their time and effort into me feels that they receive that back from my efforts”.

The artist recalls being badly bullied through elementary school and in high school. Pointing out that a lot of it was due to his interest in being a musician; wanting to do musical theatre and write songs. He highllights how even when he got into the music industry, he was called fat and made fun of for his style of hair. “I had to keep going and I couldn’t let my mom down so bullying just drives me, drives me harder than ever. Bring it on!”

Fischer opens up about going through situational depression. The artist points to moments where he has felt an overwhelming sense of dread and anxiety about his life and believes a core of this was the impact his parents divorce had on him. “I’ve never really opened up about this kind of stuff, but a lot of it was placed on me and I think that’s a common thing for kids of parents of divorce, is that sometimes the blame is placed on the kids. My dad was quite open about that with me in that he felt like I was part of the reason why his relationship had fallen”.

He goes onto explain how it took a lot of therapy in this past year to rework that. Fischer opening about his feeling of a sense of shame about needing to go to therapy. The artist going onto reference how it was only this past year when he really felt that he could no longer handle things anymore, so needed to talk to someone, which for the artist has been incredible. “I think when you get bullied for something like sexuality, when you’re young, it makes you go well, “is that something that is wrong?” I’m married to an incredible woman, and she’s the best. But even to this day, homophobic sh*t gets thrown at me all the time and I don’t get it”.

Fischer explains that through turning to his music, with the support from his wife, mom, therapist, manager and friends;he was able to overcome his demons. For the artist, he feels that sometimes we simply do this sh*t because we are bored. That we don’t know what we are doing at a specific moment!

The Art of TikTok

The Los Angeles artist feels it’s all Tik Tok right now. Whilst he does not feel it makes for longevity in the music industry due to it being so fickle in nature. He does believe social media is great tool. Especially as it allows artists to connect with fans on a way more personal level than ever before. Highlighting that none of us would be in the positions we are without the fans. “I struggle with social media; it doesn’t come super naturally to me, so I really do have to work at it. Even though ‘This City’, popped off on Tik Tok, I as Sam Fischer did not pop off on Tik Tok. So, it’s kind of playing catch up to the song”.

The artist feels as far as music creation goes, it’s a dangerous place to be when you’re catering to a platform instead of writing music that feels honest to you. Fischer believe you have to be real about these things. He will keep using TikTok. However his number one platform is Instagram due to the platform being so straightforward.

Fischer’s advice is to make sure that you love what you do. To ensure that it is what you think about every day, is what you eat for breakfast, lunch and dinner. To lean on your friends, ask for help. “To not be afraid to ask for help because we are all in this together. And get a good lawyer, get an amazing lawyer because they will fight for you”. At the same time, the artist points to supporting friends who are in music through going to their shows; buying their music; and posting about them on socials. For the artist, loyalty is everything in the music industry!

Fischer points to his greatest challenge in life as being far away from his home in Australia. Whilst within the music industry, he points to finding his voice and his identity as an artist as a really challenging stage for him. He is currently in the process of writing an album and working on collaborations with artist; writers and producers on numerous projects.

“I really just try to just take it all in and enjoy this time because should something like this ever happen to me again, I want to look back and be proud of everything that I did in lockdown”. #watchthisspace

Alabama based Metal Band ERRA on “Shadow Autonomous” & Finding the...