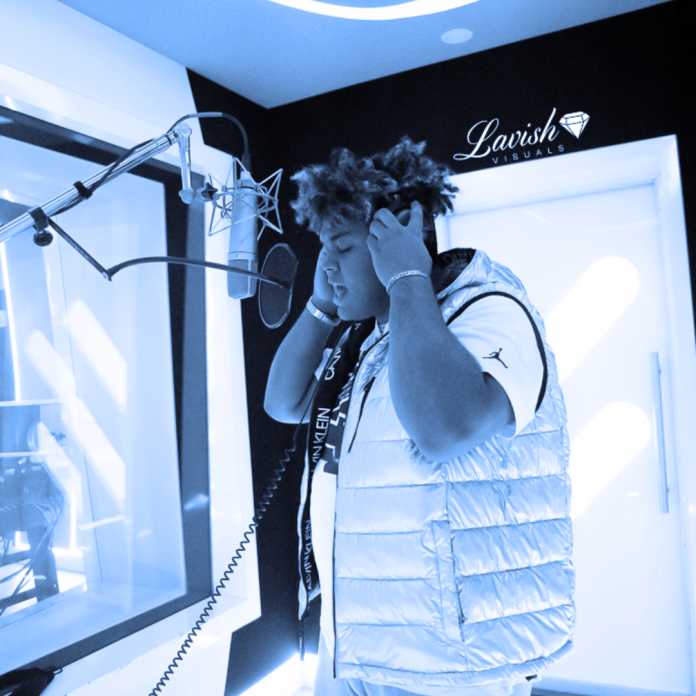 Ike Rhein is back with his latest release “Not for Me.” The song is a change of pace from his latest single, “Break It Down,” which he enlisted YN Jay as a feature on the remix. The release is one of the first emotional songs the US artist has ever released, he explains.

“Many people in the world are enduring mental and/or emotional pain due to a significant other”. This song is about the realization that sometimes someone who you believed was the one turns out not to be”.

Rhein explains that “Not for Me” has helped him develop into who he is and wants his sound to be as an artist. With the essence of the release focused on connecting with his fans inner emotions.

Born in 2001 in Grand Rapids, Michigan, the artist explains how he was in foster care for a lot of his childhood before being adopted at age 11. “I started my independent music career when I was 17. I started writing songs, recording and releasing them. Music has always been my passion for as long as I can remember”. Going onto to highlight the reason he chose this path was due to the fact music is a common language for everyone in the world. For the artist, it can change lives, bring hope, and help people get in touch with their inner emotions.

The artist describes his music as unique. Referencing pop, hip-hop, country, christian, reggae, among others within his range of repertoire on offer. Noting that what ultimately makes him stand out is his ability to find harmonies that no one else can even think of. Rhein opens up about loving the direction his sound is going in and believes some of his best songs have yet to be released! Hoping that his music can be an outlet for all his fan’s emotional states. “When they are sad, I want some of my songs to relate to what they are feeling. When they are happy, I want them to enjoy my upbeat party songs”.

Feeling very blessed with the people he has around him. He explains how he has been able to keep a tight knit group of true family and friends who support him. Having pushed, and inspired the artist all the way through to where he is today!

Pursuit of a Dream

Pursuing dreams is not for everybody or else everyone would do it, Rhein explains. Going onto note how he can’t think of an artist that hasn’t been criticized for following their dream.

“Oftentimes, people would tell me you know, go to college, have a backup plan, or have something to fall back on, but I never let that get to me. It’s just like Denzel Washington said “If I’m going to fall, I don’t want to fall back on anything, except my faith. I want to fall…forward. At least I figure that way I’ll see what I’m about to hit.”

Coming from a rough childhood, the artist opens up about how he developed a bout of anxiety, which heavily affected his every day life. “I would be anxious about almost everything: meeting new people, going on long car rides, just about everything. It’s a very hard thing to deal with, and I wouldn’t wish it on anyone”. What has pushed the artist through these dark moments is his focus on being able to create something special and share it with the world. Admitting that none of his music would sound the way it does if it were not for his exceptionally talented team of graphic designers through to engineers and producers.

Rhein’s advice for anyone looking to get into the music industry is to have a relentless belief in yourself that you are one of the best. Whilst taking the stance that you won’t give up no matter what is thrown in front of you. He highlights his biggest challenge so far has been finding the right people. “When you first get into the industry, there’s always people that try to take advantage of you and your talent. It’s not easy finding trustworthy people and the right people to work with”. Looking to the future, the artist is working on new exciting projects along with new different types of sounds. #watchthisspace