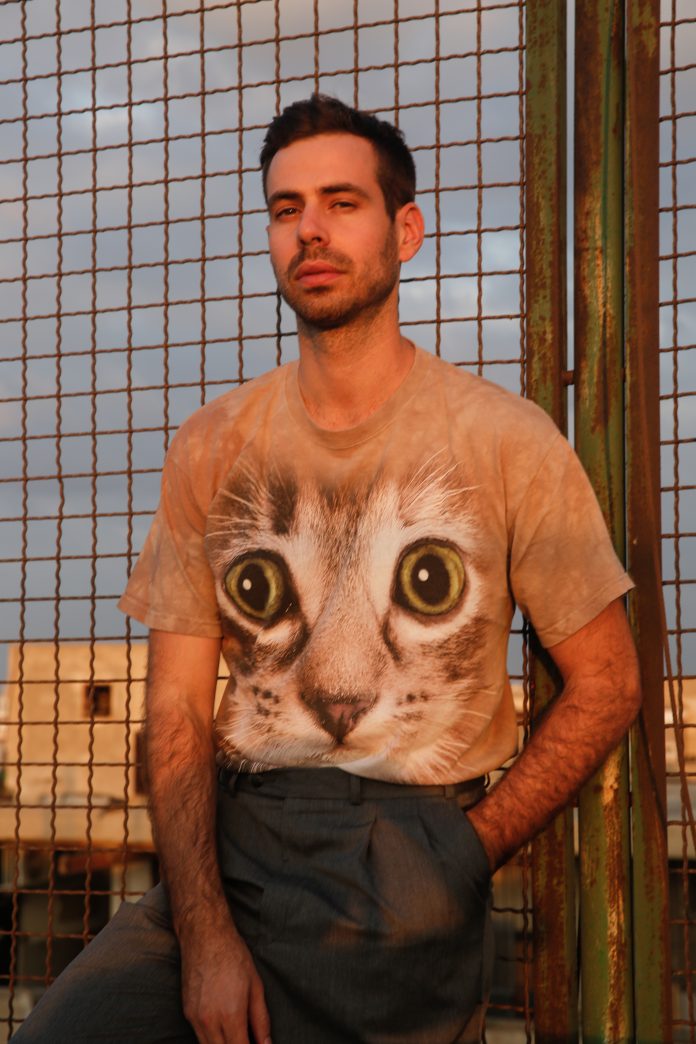 The up-and-coming artist, who has long transcended his studio-bedroom beginnings, is letting go and moving on with second album ‘Love is a Ripple on a Lake’.

Born in Jerusalem and destined for a countenance divine, Israeli singer-songwriter Neil Friedlander is set for big things in 2020. Following on from his recent release of album tracks, his new record ‘Love is a Ripple on a Lake’ dropped earlier this month – and it sounds as uplifting and whimsical as the title suggests. Latest album aside, we’re left with one question: what’s next for Friedlander? We caught up with the rising star to find out.

Writing songs at just the age of nine, it’s safe to say Friedlander was an early bloomer. Taking to music like a duck to water, he honed his craft throughout a stint in the navy and – more recently – a move to New York City. Both equally nerve-wracking life events, while opposite in nature, they show Friedlander’s strength of character in everything he sets his mind to.

Passionate, determined and driven – they’re attributes that seep into every track he creates, typically a celebration of acceptance born from initial emotional turmoil. And that’s exactly how his first song was born.

“I started writing songs when I was very young,” he tells us. “I used music as a creative outlet that was also very healthy for me. Later on, I would get together with two friends of mine – Uria and Ayala – and we would play and sing the songs”.

But it wasn’t until Neil had his heart broken by the first man he fell in love with that his music would take a turning point. Changed by his first relationship with heartbreak, lyrically, he delved deeper than ever before; providing a truthful and vulnerable canvas for what would be his debut album ‘Movements into Language’.

“I felt like I was going deeper than ever before,” explains the Israeli-artist. “I realised for the first time that I wanted to take it very seriously, that I wanted to record an album and perform these songs as a whole statement”.

After meeting his producer Aviv Meshulam not long later, a creative spark between the pair soon saw a debut album, an Italian tour and a stint of gigs in Israel come to fruition.

“Love is a Ripple on a Lake”

An emotionally charged celebration of acceptance, Friedlander’s new album is titled “Love is a Ripple on a Lake” – but it’s not the heartbreak record you’d expect.

It’s a tale of letting go – letting go of heartbreak, of his orthodox religion education and of his previous addiction. “The inspirations behind the songs were things I was going through at the time,” he explains further. “Letting go, falling in love, dealing with addiction and trauma. Thankfully, writing really helps me deal with those things and heal the wounded parts of them.” 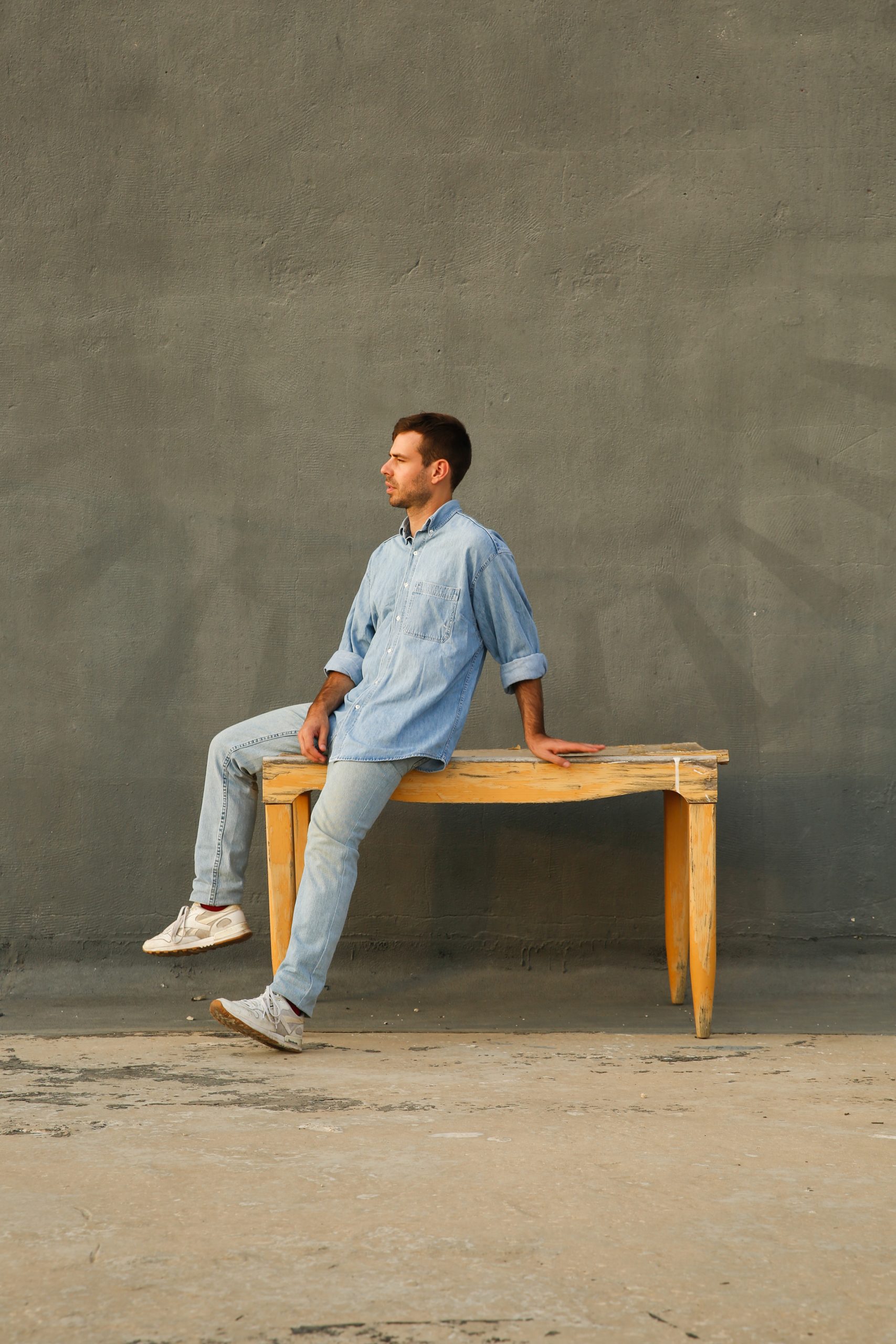 Set on a new spiritual path, the record was born from a place of maturity as much as was a place of turmoil. “It really advanced the way I think about music,” explains Friedlander. “Where I used to write from more of an extreme state of being – a place of need to express an overwhelming emotion – with this album things really shifted. I was still using songwriting as a way to emotionally process the things I was going through, but there was much more maturity and awareness. Thinking more about narrative and storytelling, I experimented with different characters within me.”

Towards the end of the record, that self-realisation is readily apparent. The album’s final track “Glorious” offers a definite resolution – an acceptance and celebration of a love lost, rather than a bitter reminder of a time longed for.

Instead, Love is a Ripple on a Lake is a gradient of colours blending into one and getting brighter before dawn arrives, concludes the artist.

A sound with its “own sonic landscape”

For those yet to listen to Friedlander’s latest album, expect warm, dreamy indie-pop with an 80’s feel. Atmospheric, feel-good and easy-listening, his sound stands out in two ways: piercingly relatable lyrics backed by a sound with its own sonic landscape.

“In terms of its sound, it’s not something you hear often,” he continues. “Aviv and I weren’t trying to emulate anything specific, or sound like something that’s already out there and so the album has its own kind of sonic landscape. We were drawn to a lot of minimal yet borderline-dramatic instruments and synths, and I think that gives this album its unique colour”.

More than anything, though, it’s his fable-like lyrics that attract fans from all corners of the world to tune into Neil’s whimsical alt-pop tracks. For people who like words, there’s certainly a lot to enjoy here.

Speaking of his intention to awaken the rawness of emotion in all of its forms, he tell us “The songs have a lot of sorrow and brokenness behind them, but there’s also a lot of love and a constant recognition of beauty, so different people may resonate with different things […] I want listeners to feel like no matter what’s going on right now, everything is going to be OK in the end.”

Given the heavy lyrical weight each track holds upon its shoulders, it would be hard not to wonder what sort of emotional turmoil gave life to those words when listening to Friedlander’s artistry. A survivor of sexual assault, homophobic abuse and addiction, it’s safe to say the up-and-coming musician has faced his fair share of hardship.

“Overcoming these things for me has been a slow, steady process,” says Neil. “I don’t exactly know how it happened, but it did get better and better. I found ways to remind myself to stay open to my friends and to let them in and I think that may be the most crucial thing for me: human connection and learning to trust.”

“Another thing that’s been very effective for me is filling myself with the things I know I love – like my favourite films and books – because these things remind me of myself. Relatedly, seeing myself represented in love stories on screen has had a lot of power.”

Above all? It’s music that saved him. “I’m really grateful for having music,” he shares “because one of the functions writing has for me is that it’s an incredible release”.

And for those looking to follow in his footsteps, it’s equally positive sentiments all-round. Advising students-of-music to stay on track, he urges “focus on yourself as an artist and have that mostly figured out. Ask yourself what you want to talk about with your music, what your statement is as an artist, what you want to present visually in general terms. Having those things be at least somewhat solid will give you the confidence you need to carry out your version.”

Rejection at some point may be inevitable, he postulates, but eradicating the need for validation makes it easier to brush off knockdowns and any setbacks life throws your way. “When following through on your own creation, those rejections won’t stop you from doing that,” he advises.

They certainly didn’t pose a threat for Neil himself – and now nothing stands in the way of achieving his goals. Following on from his successful debut, ‘Love is a Ripple on a Lake’ is available to listen on all streaming devices now.