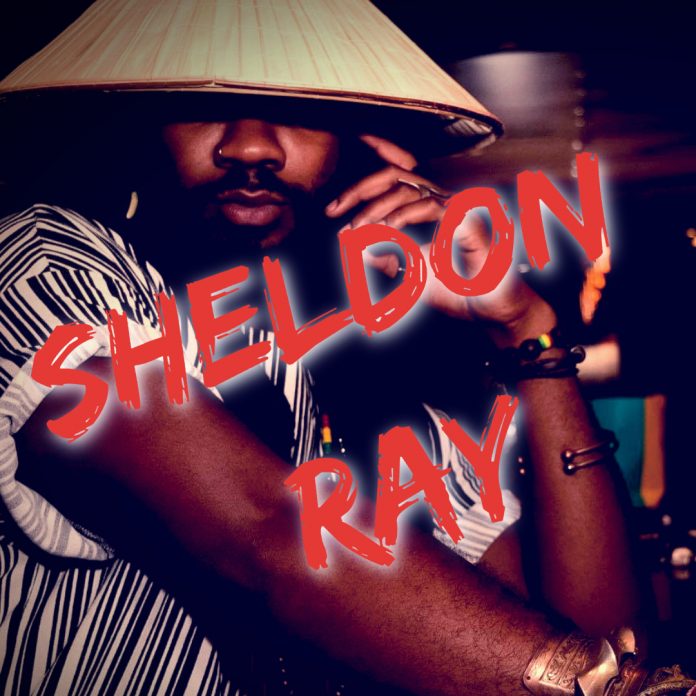 “The MS [Multiple Sclerosis] greatly hindered my ability to sing and perform. It took almost a year for me to regain the use of my legs and even longer to learn my voice again. I felt useless and hopeless.” – Sheldon Ray

We caught up with NY-based artist Sheldon Ray. A talented singer-songwriter from Brooklyn, well-known for his time on US American Idol & America’s Got Talent. Sheldon highlights how he initially started by imitating people & singers on TV and copying their accents and dialects . Having been raised around good music very early on, the NY artist found himself drawn to unconventional vocal textures and musicians that operate outside the normal lines within the “commercialized” music industry. Having recently released his highly anticipated EP “Man of the World”; we were given the pleasure of delving deeper into the artists’ journey to date and what we can expect for the future!

Man of the World

Sheldon begins by humbly highlighting the incredible journey he has experienced. The artist opens up about being taught patience, but most importantly, his perservence has enabled him to start down a new road of new thinking when it comes to releasing his music. “I no longer feel the need to rush the process. I find I’m much more satisfied with the work if I take my time with it and let it tell me where it wants to go or what it wants to say.” Defined by his experiences,  he explains how he sometimes gets caught up in the idiosyncrasies of how he is presenting; which results in a conduit that does not facilitate the smooth flow of music he is pushing for.

As for his music, Sheldon references summer heavy rock‘n’roll influences. Highlighting how he began to explore the pioneers ranging from Chuck Berry, Muddy Waters, Etta James, Tina Turner to Big Mama Thornton, to further refine his sound. The artist goes onto point out how it was in their voices and their arrangements that he found his own voice & his own sound. Sheldon highlights how his favorite song on the EP didn’t even make the cut. A song called Bright (“a song about being unapologetically you”) he explains was going to close out the EP. However due to time constraints it had to be replaced.

Love is the Root

In Sheldon’s view, “LOVE” formulates the origins of all his creativity. A sense that is guided by a view of the world containing so many different personalities, yet at the core, “we all love, we all feel pain heartache, compassion”.  It is these elements  of personal experiences that lay the foundation for his music. Sheldon highlights how his new EP is dedicated to the strongest woman he know’s [his mother].  “She is a cancer survivor and a big supporter of everything I’ve ever done. She is the reason for the songs and my existence.” In addition to a close friend of his [Dr. Paula Noel – MS Warrior]. Having cultivated a friendship that in the artist’s own words is the “true definition of a super woman!”

Having been affected by bullying growing up, Sheldon showcases a maturity around those that would rather see him fail. Put bluntly, “they say if you don’t have any haters, you’re not doing it right”.  Highlighting how he chooses to encourage everyone who is being bullied or picked on to keep going straight to his dreams because in the end you will have the last laugh! Sheldon opens up about experiencing a huge depression in 2006 when he was suddenly diagnosed with multiple sclerosis.

“I had a relapse and was unable to walk and communicate.  This happened on and off for the next couple years. Medication after medication, side effect after side effect. But between the tireless efforts of my mom, the support and the prayers of my close friends and my doctors I succeeded to go over it. I am now on zero medications and have been sustained literally by the love and passion that I have for music, when I’m on stage all of my doubts all of my ailments and even my moods are melted away.”

Sheldon reference his seven mentors in leading him to where he is today. Finding inspiration from a mutlitude of different artists. He points to those who whilst not musicians themselves, have equally played their part in encouraging the artist and providing the inspiration to continue on (Maya Angelou, Malcolm X, Muhammad Ali & his friend and “brother” the late Chadwick Boseman).

“I derive everything about my work ethic from him. He was my teacher and the greatest mentor I could ever have. He was kind and patient and I wasn’t always the easiest student.”

The NY artist highlights the need to be patient but not lazy in pursuing your dreams! Noting how you are going to have to work at it for a while before you get even a small amount of acclaim. He goes onto explain how important it is to have faith in yourself and your gift, in the message that you have to bring to the world. To let it be pure, unadulterated and from your heart and soul. Highlighting how if you are not willing to practice and study your art like a “Tibetan monk” then to choose another field. The music industry is one that requires patience, immense skill and a super tough skin. Put frankly, personal feelings are not given a moments glance.

Coming out with his new EP has been challenging, Sheldon explains. The artist has been helped by “stockpiling” music in his head and in notebooks for many years. He highlights how the difficulty came in finding his place in the studio. Being a live performance artist, Sheldon is used to being on stage and having people respond and being able to communicate with a band in that moment. Where as being  in the studio through Covid,  you are alone, with only yourself, your thoughts and your words to work with. Sheldon is continuing to sing every day and write as much as he can. As the marathon continues in the face of a unnerving reality that Covid brings, the artist finds strength in having a huge amount of positivity; love and unity to open to the world through his music.