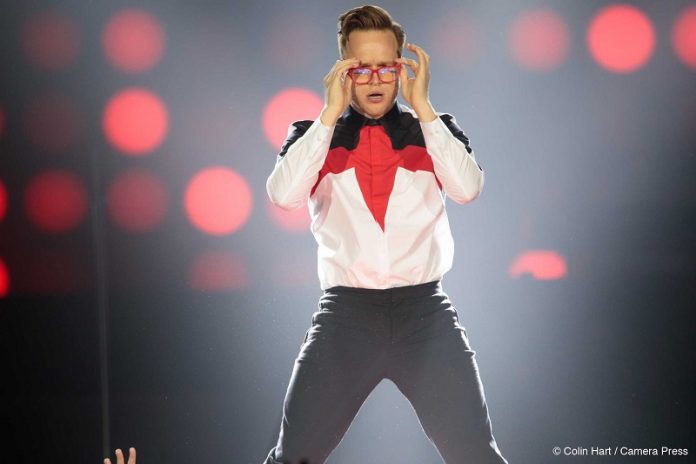 Concert reviews can often open up a varied mix of journalistic fan fare. In this case, Olly Murs performance in my view needs only a few words to summarize his performance… “World Class”!!

The energy driven performance that imbued from his vocals all the way to his interaction with the audience was stunningly electric; whilst retaining a sense of truth and honesty to the man himself. Non more so than taking time out of his set to discuss the importance of not only his demons with mental health, but empowering the audience to realize that those going through hard times are not alone!

From his hit Troublemaker, which quite simply had a fully packed O2 arena dancing on their feet, from girlfriends and wives openly shouting they would ditch their husbands and boyfriends for the man of the moment, to the camera man’s obsession with what was a very impressive well worked “backside of the year 2014”…Olly had the audience glued the moment he entered the arena.

What makes Olly’s performance so enthralling is you feel the passion and love he has for his music.

But, before going further, a mention needs to be made to his two incredible opening acts who in truth need very little introduction. Brown Sugar, part of Olly’s team on the Voice 2019 were fantastic. In part there was a part that I would say I felt sorry for them, as crowds were still taking their places by the time they started, which as part of the audience, detracts a certain amount of respect, which these boys deserve emphatically.  But for those that weren’t seated, missed out they did! 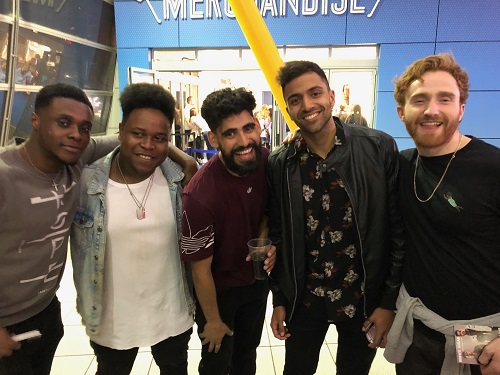 Opening up with “Crazy”; you understand why Olly asked them to join him on tour, and a big mention needs to go to Miles, who was exceptional on guitar. RAK SU followed, and by this time, the arena was packed. Starting with Feeling You, to Thunder (epic!), the boys had the crowd in a frenzy, with choreographic moves so smooth, just trying to replicate would lead me looking like Simon Bird out of Inbetweeners!

If one was to think following RAK SU would be difficult, Olly showed why he so sought after. His entrance was sensational, selfless, walking down to the stage through a horde of fans opening with “Moves”.

Following with “Feel the Same”, the stage visuals set the scene for what was a visual masterclass, only  exceeded by Olly’s exceptional vocal talent, choreographic dance routine, his genuine interaction with his band, and the fully packed arena!

With tributes to “I wanna be like you” (awesome!); and his X-factor debut “Superstition”; I and along with the 20,000 capacity crowd was left with wanting more. This leaves two questions to be answered! 1.) Will I be going back! 300% Yes!, and 2) If you haven’t booked for Olly’s tour, do it! You will regret not doing so!

Saint Clair on “in the violet hour” & honouring her Father