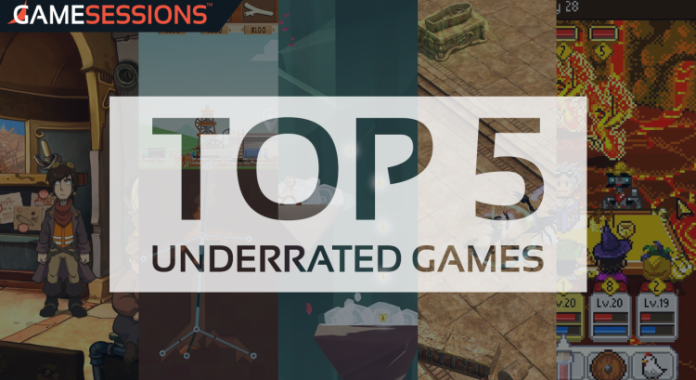 There are so many games out there nowadays, it’s easy to miss some. Here are 5 underrated games we think deserve more attention! And you can try them for free too! 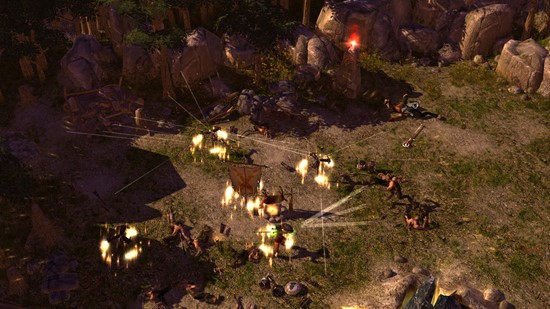 “I’d say Titan Quest is underrated and should have been a big hit, as it is really quite a fun action RPG from the same guys who later on brought us Grim Dawn via a massive Kickstarter campaign (a lot of Diablo 3 players flocked to Grim Dawn when they got disillusioned with Blizzard’s approach).” – Pete – Software Engineer

Turmoil is a game that looks as if it was written on the Commodore64 but peer past the retro graphics and there is a game of quite subtle hidden depths with a gentle learning curve. Each level (mine) can be played in a short burst of time so it is perfect for dipping in and out of. As you play, more and more complications are added in and there is an overall story arc of purchasing enough shares in the town to become mayor; so balancing buying better equipment or saving up enough to outbid Blanche is always in the back of your mind.

For what appears such a slow paced game, waiting for your horse drawn cart to return empty as the oil well slowly fills to breaking point is surprisingly tense and watching the price of oil change daily as the year end approaches can be the difference between turning a profit or letting Joshua outbid you for the prime territory next turn.”
Become an oil tycoon here.

Knights of Pen and Paper +1

Knights of Pen and Paper +1 is a lot more engaging than you might think at first glance! This game is a heightened (but only slightly!) take on classic pen and paper adventuring. Featuring a simplified character leveling system, 8-bit style graphics and a surprisingly engaging “just one more level!” approach to character progression, players should find themselves entertained for a long time. – Tom (QA Tester)

What can I say about this game. It’s a funny, tongue-in-cheek game with cheerful art design – which is one of the biggest draws of the game. The dialogue is cheeky and fun with voice acting that’s enjoyable to listen to. The puzzles well designed and what you would expect from a point-and-click game.

If you are a fan of point and click adventures, and you’re looking for a fun and sometimes silly style of game, Deponia is pretty much guaranteed to put a smile on your face. What it lacks in character development it makes up for in humour.
Save Deponia here. – Natalie (Marketing Manager)

To All Gamers: This Is No Joke