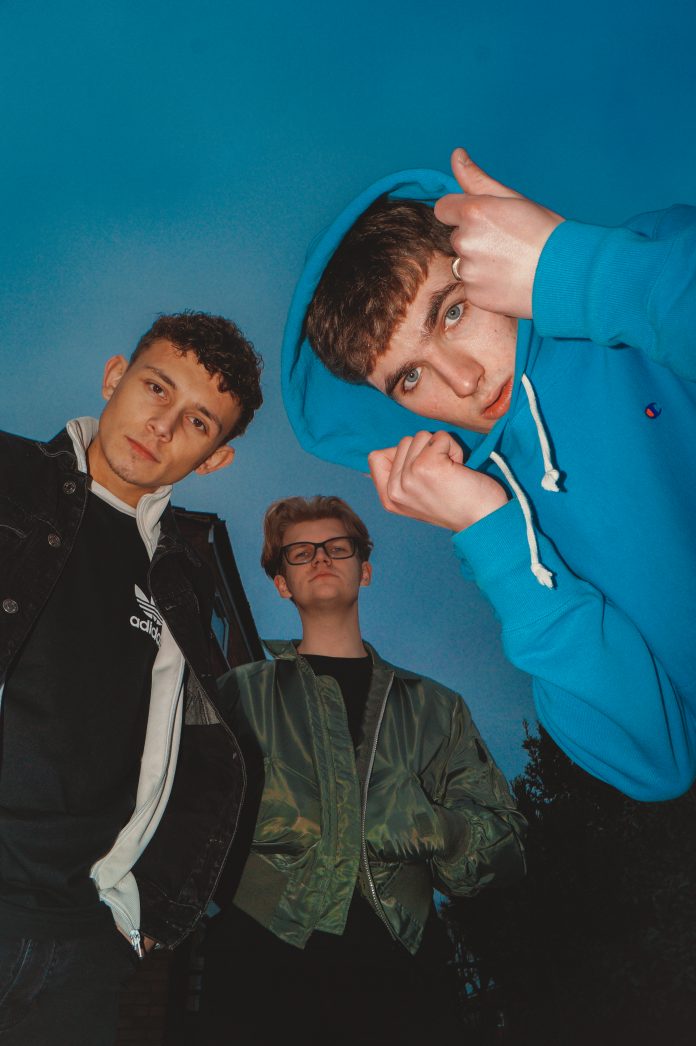 One of the most important things musicians strive for is originality. Of course, you can take inspiration from anything and everything but having your own sound; your own unique style? This is something which is almost essential to making it in the music industry.

And there is no doubt that upcoming Indie band, BILK have just that.

The trio from Essex make music which can only be described as…different. And by no means meant in the same way your pal tells you that your new hairstyle is ‘different’ (in other words: it’s terrible). No – BILK is the best kind of different.

Not unlike some classic British bands like The Jam and The Who, their music features variations of catchy guitar riffs and rapid beats throughout. And like music from that era, BILK write songs to inspire young people into making change – their music provides a social commentary of the issues that young people today face (as the band are between 18 and 21 themselves!).

Their latest song CM2, released this month, is every bit as catchy as the rest of their ever-growing repertoire of groove-heavy tracks. As well as some light-hearted comments including a reference to buying a Tesco meal deal, CM2 has a more serious undertone. The track explores boredom and having a lack of direction, which is something a growing number of young people face, with lyrics like: ‘You know we got nothing to do. No opportunities. No future. No chance.’ It’s an incredibly powerful statement to make and is definitely a far cry from the kind of statements made in typical mainstream music today.

So, in a The-Jam-meets-Blur-meets-The-Midnight-Beast kind of way, BILK’s style seems to evoke some 80s/90s nostalgia while their chaotic adolescent energy also screams up-to-date and unusual.

And speaking of unusual, their band name is equally as edgy as their style – ‘bilk’ is slang for doing a runner from a taxi without paying the fayre – as is the band’s overall look – they appear to fuse a care-free modish style with punk swagger with their musical influences ranging from The Streets and Arctic Monkeys to Dizzee Rascal and Eminem.

With five relatable, tongue-in-cheek songs (the moral of their 2018 track Next Weekend is that, though we might regret the weekend’s antics the next morning, it won’t stop us from doing it all again, 7 days later), BILK clearly aren’t going away in a hurry.

So, if you’re looking for a unique blend of musical styles, look no further than BILK – who, following on from some of the most iconic names in music history, are set to be the next big thing to hit the industry and hard. You heard it here first.