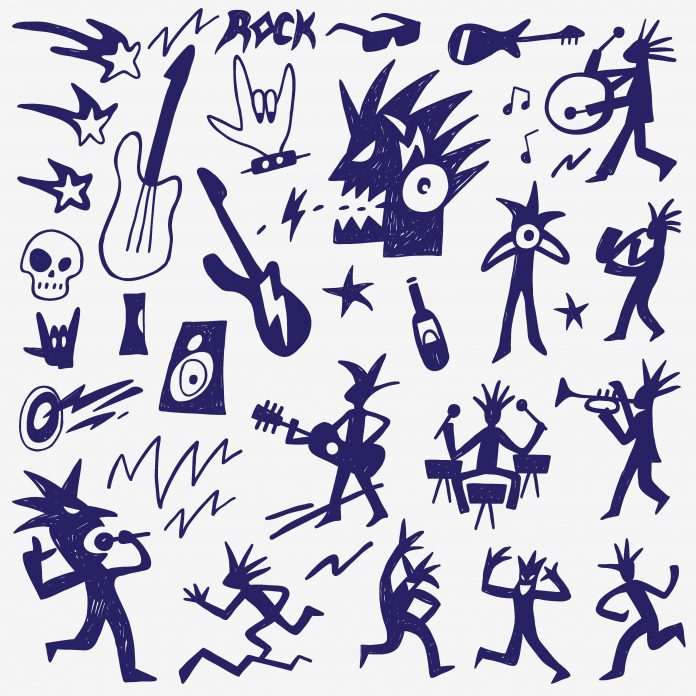 PVRIS took the alternative scene by storm in 2014 with their debut album, White Noise. Their distinctive blend of electronica and post-hardcore was a fresh sound which raced them into the limelight. Now they’re back with All We Know of Heaven, All We Need of Hell, and it’s everything you could have hoped for and then some more.

PVRIS found their distinctive sound with their debut album, White Noise, and All We Know continues their freight train of a musical journey with just as much punch as their first album. PVRIS marry their distinct and captivating sound with an album of emotionally resonant and melodic songs. The production is spot-on, perfectly emphasising PVRIS’s strengths. The ambient electronic accompaniment and resonant vocals contrast the gritty drums and punching bass, Lynn’s vocals blending the two with everything from angelic chorus to rough, impassioned vocals, occasionally emphasised with distortion, but its scarcity demonstrates how little processing Lynn’s voice needs – her distortion is her own vocal chords – and it’s clear that producer Blake Harnage knows this. The minimalist style results in a raw and visceral sound which remains as melodic as rock gets.

All We Know is tonally very similar to its predecessor; every iota of pain and ferocity bleeds through the songs as powerfully as in White Noise. The album is lyrically darker, exploring themes of loss, pain, and breakup, but they’re told empoweringly, emphasised by the heavy, punching rhythm. Clean electric guitar takes over the counter-melodies from atmospheric synths for a few songs, and in each instance blends perfectly with their distinctive style.

If you’re a PVRIS fan, you’ll know how catchy and powerful their choruses are, and the same is true of every song on this album. All We Know, like their first album, has no poor song on it. Every one will punch you in the gut whilst spinning around your head. PVRIS released five singles before the album dropped, so if you’re up to date, you’ll only have five new songs to enjoy, but in that case, you’ve probably been listening to the first five on repeat, waiting for the album to drop, so you already know how good it is.

In a nutshell: All We Know is phenomenal. Every ten of its songs are gut-wrenchingly powerful and catchy tracks. Expect to have this album stuck in your head for the foreseeable future.