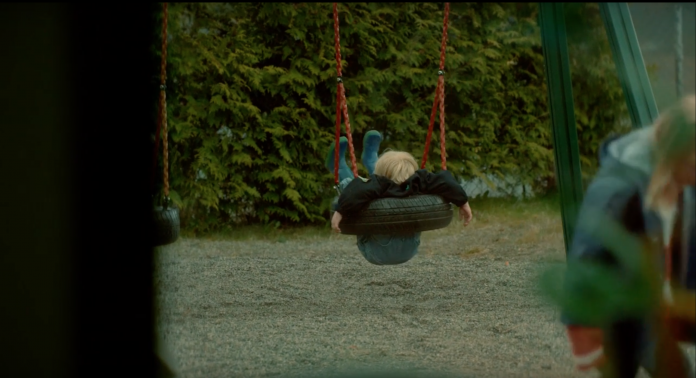 When you consider the quintessential film festival flick, Quality Time probably comprises all of your expectations.

The term experimental is an understatement, but would also suggest amateurism, which Quality Time certainly isn’t. From its cinematography to its structure and semblance of narrative, Quality Time is probably unlike anything you’ve ever seen. I’m hesitant to call this a movie, but the feature-length experience shatters every expectation you have for films. Amidst the fragments, Quality Time offers new perspectives, which, although not particularly profound in themselves, linger with you nonetheless.

The film is split into five sections, each more absurd than the last. The first part presents only a blob on-screen to represent a person. This expands and contracts in sync with its voice. English subtitles also emanate from the blob to tell a bizarre story about him eating milk and ham at family gatherings: an ongoing joke. Clearly the writers chose to lead with the most abstract story, but don’t expect the others to make any more sense.

The second, my personal favourite, is largely shot top-down, and whose spoken dialogue is replaced with text. This strips back all the natural reference points for relating to characters, and the colder trickle of personality leaves you unconsciously filling in the gaps. At one point during this segment, I convinced myself that the narrative was leading to a grand reveal or plot twist, but this suggestion was only ever that.

The remaining sections use more conventional cinematography, though with use of extreme close-ups, and occasional compositional flare. Whereas the first two sections made a point of distancing us from the characters, the remaining three take us uncomfortably close, and makes the equally absurd subject matters of each all the more entertaining.

Don’t expect some poignant message from this movie.

It starts to draw you in and force you to ask questions, before revealing that there is no answer. The movie’s final joke, perhaps, is that there is no punchline, yet it serves as something of a canvas for you to project your own ponderings. It doesn’t take itself too seriously. It’s a feel-good movie, and although you won’t understand why, you’ll be smiling when the credits roll.