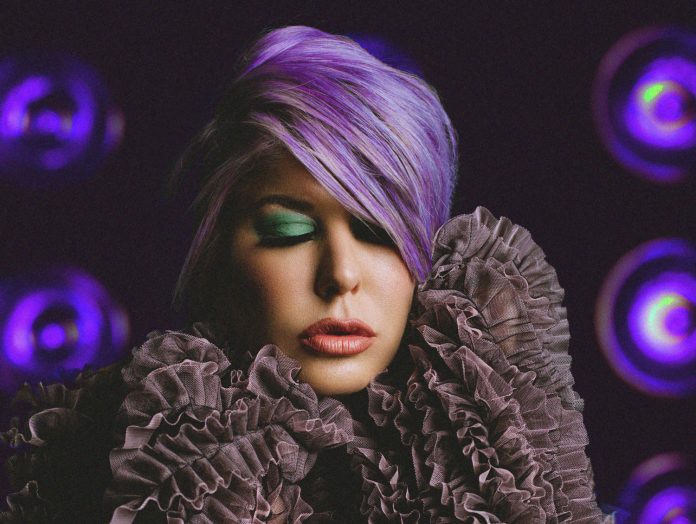 In a world which thrives on labels and conforming to a set of picture-perfect standards, Layke (and her signature icy lavender hair) has created a limitless space through her ground-breaking music that defies societal norms. And now the dream pop songstress has catapulted herself into the ever-evolving pop realm. We caught up with her off the back of her latest  release “Tonight Can’t Be The Last Time” to find out more about the artist’s journey from her humble beginnings in Dallas; Texas [USA].

Layke explains how she has been performing on stage since the age of 2 1/2, having been involved in dance from a very young age. At the age of 10, she was introduced to musical theatre. This subsequently led to Layke gaining the confidence to turn her poetry into lyrics at high school. Something that came a natural progression to the young aspiring artist. The belief that her path was very much destined very early on given how naturally Layke took to performing and writing music. Layke music is described as a journey of love and loss; but not in the traditional sense. The artist wears her heart on her sleeve producing music that tells a story of emotions that find themselves overlapping on punch-pop vocals,  with dark becoming light from one track to the next.

Tonight Can’t Be the Last Time

Her latest release is described as a modern love song. Layke details how the song is a story of moments where you meet someone;  and quickly fall for them almost immediately. The journey of seeking additional contact to build on that inner heartstring and commit yourself to finding everything there is to know about that person; and have that feeling replicated from that individual.

“I’ve always written about things that are going on in my life and I wrote this about an experience I was having dating an individual that I had met through some friends of friends on Facebook and this was the feeling that individual gave me. And they lived in New York so there was all these butterflies and all of this tension that I couldn’t do anything about until the next time I saw them which wasn’t very often because we lived so far away. “

Layke points out that she aims to be true to herself, and this is where she believes her individuality and uniqueness truly makes her stand out. The artist is keen to put out art that makes people feel an emotion.“I want to make them move, and I want to inspire them to make the world a better place in whatever capacity they can.” She highllights how she has always wanted to be a performer because she remembers going to shows and being the one place where she would feel understood. Looking at the stage she would see the performers and  she found it would feel like everything that I was going through and all the things that were happening around her melted away. This connection inspired Layke to the point of wanting to offer that feeling and connection to other people and have that connection with her fans.

Finding Inpiration & Perseverence of a Dream

Layke explains how she has found herself surrounded by creative people her entire life. Being around people who were always 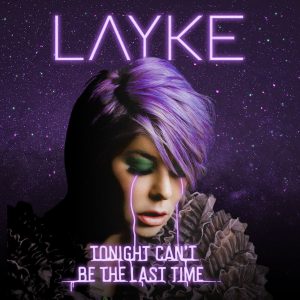 working really hard to achieve their goals left an immediate impression on the aspiring artist. One person more than anyone leaving an indefinite impressoin was her father..“it was always so inspiring to see him and to have someone with such motivation and such drive around me.”  Reference her father as one of her best friends, and  humbled by the amazing and creative individuals surrounding her as she pursued her music career.

The artist highlights how she experienced a lot of bullying growing up. These moments helped define the artist, as they gave her the strength to grow a tough skin when required, and persevere irrespective of the vocabulary being thrown in her direction. Layke opens up about being diagnosed with generalized anxiety. In addition to suffering from Crohn’s disease, which makes her rise even more inspirational; pushing through challenges, no matter what form they take.

“I don’t usually get depressed because I am very naturally happy but I do get extremely anxious. My anxiety does affect me in different ways. Sometimes it’s completely fine other times it’s extremely debilitating and it’s something that I’m navigating every day and learning to live with.”

The artist feels there is a definitel stigma in society on mental health and depression issues. A conversation that needs to be brought to the surface and discussed at a more national level. This being said, she is very keen to not tell anyone how to live their lives!

According to Layke, embracing social media has changed her entire game in connecting with her audience. Highlighting how it has leveled the playing field on some level which she feels is really great.

“I think social media is an amazing tool to promote your music, to promote your platform, to get your voice out there, to get yourself heard. And also to connect and interact with fans and with individuals. I embrace it. I think you have to at this point because if you’re fighting it you’re gonna have a really hard time.”

When it comes to finding people within the music industry, Layke believes finding a producer that really understands and gets you and who you are and what you’re trying to do is crucial. She points out how she was really lucky to have a chance meeting with Adrian Gurvitz at the end of 2016 and he took her under his wing and pushed Layke out of her comfort zone. Layke highlights how she was playing rock music and not trying to be involved in the pop world at all.

“It didn’t seem like a space where I belonged, i’m not sure why I ever felt this way now, but I just didn’t feel like it was for me. And he pushed me to go further than I ever thought I could and he pushed me to be uncomfortable and to really see my full potential. And in the end I ended up creating music that is more representative of who I am then I ever have before. So it’s funny what can happen when you meet the right person who really gets you. I’ll forever be thankful and indebted to Adrian. Not only is he an amazing producer but I also consider him one of my best friends.”

In the artist free time, she is openly a “big foodie”.  Pre-covid she explains how you would normally find her out and about trying all the new restaurants in and around Los Angeles.  A big fan of going to the beach and going on hikes. The artist explains how she loves the outdoors; however, for Covid reasons has found herself having to stay close to her neighbourhood.

For those interested in following in Layke’s footsteps; she has three words that she is keen to imprint “DON’T SAY NO”! To take every opportunity you are  given and run with it. You never know where something is going to take you. Pointing out how even if something does not fit what you want to do;  never say no, as you never know what you are capable of until you try something. In addition to pointing out that if you give up an opportunity you are limiting yourself which will hamper you through your chosen career.

“Don’t waste time. When you’re young you think you have all the time in the world and guess what, you don’t. Hustle as hard as you can immediately starting right now if you aren’t already. Nothing is going to come to you, you have to go after everything, so seize every opportunity and do not waste time because you’re not gonna get it back. And you’ll regret it later if you waste your time now.”

One of the toughest challneges Layke has faced is breaking it through the music industry.  In her view, it’s one of the toughest industries out there.  It’s vitally important to find the right team she highlights.  Having worked with a lot of different people Layke finally feels like she is at a place where the people around her understand her music and her project!

Layke is currently finishing getting the music videos for the last two singles finished for her upcoming EP release FREQUENCY. With plans to get back in the studio cutting new tracks which she is beyond excited about! “The music just continues to evolve and I feel like it just continues getting better and I’m just having so much fun with it. Basically I’m just creating and creating and creating”.

Los Angeles Crimson Calamity on “Ghost” & Pushing through a Brick...