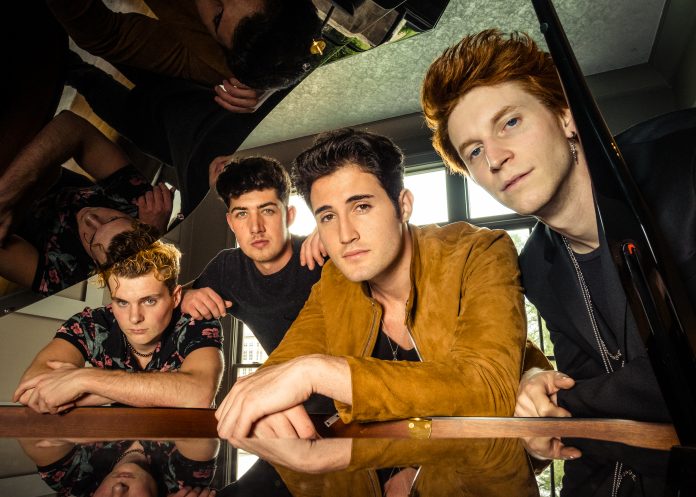 Based out of Nashville and Los Angeles, we caught up with rising artists’ 5WEST following the release of their latest entry “Last Time”. The US 4-piece (Caleb Duke, Owen Pastore, Jon Paul Nesheiwat and Peet Montzingo) took the world by storm last year with their 2019 debut single ‘Stars About You’, which went straight into the Top 30 of the Billboard charts and the Top 10 of the Music Week charts.

Peet explains how with their new single featuring an abundance of cool harmonies in the chorus, he was able to stretch his creativity and experiment more freely than before. For the boys, different songs invoke different feelings. This being said, they are hopeful that their music can be part of the best times of people’s lives. They highlight how it has been down to the amazing support they have received which has enabled them to keep their eyes on the prize.

With reference to the trolls, the boys openly welcome them, as they give the boys more clout and drive to succeed. Caleb takes the view point that everyone has had points in their life when things get pretty tough. For the artist, working out is his form of meditation. Offering an escapism for clearing his head and providing perspective.

They additionally highlight the importance of finding those akin to the music they want to produce. Owen explains how they were all originally independant of each other through their music. With the help of Bryan Todd, they were able to bring their sound together and form 5West.

Peet advise to put yourself out right now and just keep going. Whilst noting that success will not come overnight, you will accomplish a great deal if you perservere no matter how long it takes. Highlighting the greatest challenge to date as being time management.