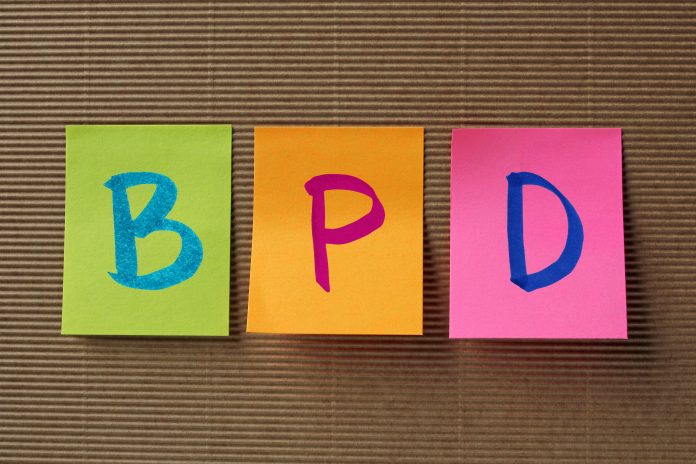 For blogger Jodie Goodacre, BDP (Borderline Personality Disorder) made her feel like a human yo-yo, bouncing between states, often quicker than you can flick a switch. Jodie describes how it can feel like an out of body experience, though you have been dragged from your body and made to look on to the rest of the world, but not being able to connect. “It feels like you are in a constant oscillation between emptiness and being so full that you are spilling over the edge, it causes me to lose touch with my identity, as though what makes me, has been removed, I have no fingerprints, my identity feels a distant memory,” she explained.

Describing bipolar as being characterised by episodes of depression and mania, Jodie explains that the depression that bipolar brings is exhausting, like fighting a constant battle with yourself, seemingly without a win in sight. “It’s a tug of war with yourself. Whilst at times I am able to notice the irrational thoughts, when your mind lies to you every single day, you eventually believe it. It feels as though you’re being trapped in a constant cycle of is this me, is this my illness – constantly doubting yourself.”

During Jodie’s first hypomanic episode she felt amazing, the best she had ever felt. “I had come out of depression for the first time in 12 years, I could see the sun, the flowers had colour, and I could smell freshly baked bread, everything was great, I had motivation again, but maybe it was too much.” She explains how it feels like you are at a concert, lights are flashing everywhere, but these flashes are thoughts, constantly firing. “It’s like you have a puzzle to complete; you have hundreds, and sometimes thousands of pieces but it’s impossible to remember how it all comes together. Despite not being able to complete the puzzle, you start 100 different puzzles at the same time; you feel on top of the world that you can achieve anything, be anything.”

Anxiety also troubled Jodie, which she said felt like an overwhelming, crushing sensation on your chest, where you breathing becomes uncontrollable, which you become increasingly aware of – which then only makes it worse. “It’s the sweaty palms, the loss of sensation in your limbs, the not knowing whether this is a panic attack or you are really dying this time. It’s trying to stay calm on the outside when inside is so turbulent. Knowing that it will stop, it always stops but at the same time feeling like it will never end.”

Jodie explains how university is often talked about as being the best years of your life, but that it is a large leap and can bring with it some difficulties. “What is not often discussed is the level at which mental health problems exist, with the number of students dropping out from university courses due to mental illness increasing significantly in recent years.”

“I have to have some very difficult but honest conversation with the staff at the university about my health,” which was incredibly hard for Jodie, but it allowed her to get additional support and being surrounded by so many passionate campaigners gives Jodie hope.

Jodie advises students to keep a routine, as best as you can. To wake up at a regular time, eat at regular times, go to bed at regular times. “It may seem basic, but university can completely throw all these patterns off and you will be sleeping in until midday, eating dinner at 3 am and this will have a huge impact on your mental health.”

If you need support or would like further information on Mental Health issues, visit studentminds.org.uk, email: supporterservices@mind.org.uk or call 116 123.