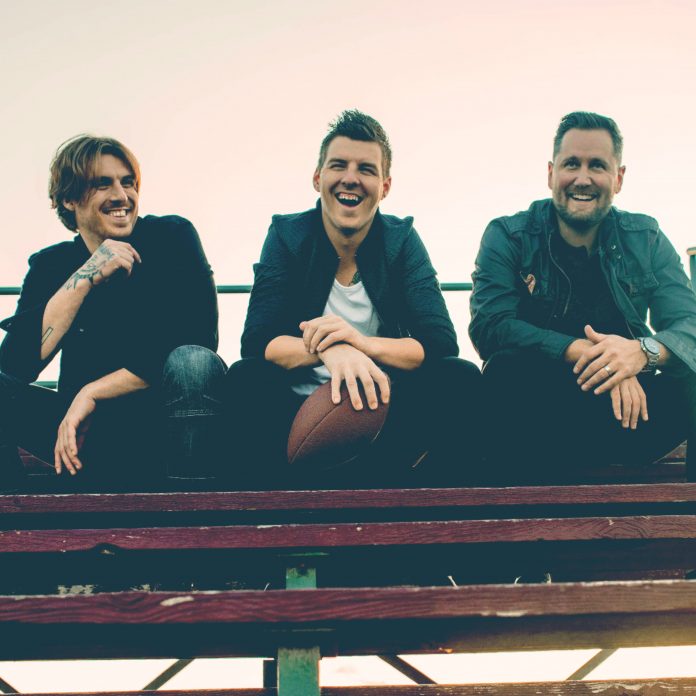 “This industry is full of people with opinions. Thats not a shot against anyone, because we have our opinions too. Thats the “artist” in us all.” – Jason Petric

We caught up with the Award winning Canadian trio following the release of their latest single “All Who Wander”. The artists explain how the whole album helped develop them more than any other production in their music career to date. Highlighting how as the trio discussed recording [FLASHBACKS], they made a promise to push each other harder than they had ever done before. Now normally such a decision would be straight forward to execute. However, Jason explains how due to the brotherly nature of Tom and himself disagreeing, this was a challenge. 2 years later, the trio finalized production and released what has become one of their proudest achievements to date. With “All Who Wander” sitting at the top choice for inclusion in their latest album. Jason explains this stems from the song having a special place in their hearts. A song that connects with the artists each individually.

“Now more than ever, we all feel this song carries an important message to have faith, and trust the journey that you’re on.”

Like many teenagers who have a dream of one day getting up on stage and playing their music, brothers Tom and Jason Petric, along with their long-timefriend Jordan Dayhave always had a fire burning inside to entertain audiencesand push themselves to newer and greater levels. Jason explains how the trio began playing bars & a few small clubs in Winnipeg around 10 years ago. In doing so the artists realized very quickly there was nothing quite like the experience of being up on stage, performing for people, and making music.

“Its such an electrifying experience. Since then, we’ve always been chasing the next best opportunity to perform. We’ve been very fortunate to chase this all over the world, and have shared some great moments with each other.”

Something to Do With You

Providing joy in their music is a very important element of what the trio wish for their fans to take away from listening to their music. Jason highlights how one of his personal favourite songs to date is “Something To Do With You”. A song written about his wife and his life to date. Whilst openly admitting the brothers tend to disagree on non stop basis, Jason points to Tom and Jordan being his rock when it comes to their music.  Highlighting how when they walk out on stage they always have each others backs.

Jason highlights how they have had their fair share of different view points shared with them, ranging from people posting online their distaste of their music, to industry people complaining about the annunciation of one vowel in one word and being told they need to lose weight to do better…moments which have led the trio to take a deep breathe and just let things go. Their stance is no matter what anyone is doing, its important to remember we are humans, no one is perfect, and believe within themselves, and the great set of people they have surrounded themselves with to bring their vision to reality.

Jason opens up about going through the motions of depression, having seen darker days in pursuit of his dream. Highlighting how they have worked with a lot of people through out their careers who have had different perceptions on how to best utilize their social media. “Honestly, none of us care too much for the politics of social media. It needs to be fun, it needs to feel natural. If it doesn’t, we don’t want to do it. I personally love social media. I enjoy seeing funny things, and guitars haha… We want to post stuff that people will enjoy seeing.”

The artists are very down to earth when it comes to their success, noting how lucky they have been to have had the opportunity to work with some great people in the music industry. Having managed our own careers. The artists work ethic is one of consitency and graft to build their music and team to where they are today. Their message is very simple for those wishing to follow in their path.  “Get ready to work hard. If it’s what you want, don’t give up. We have experienced a lot of struggles, but we’ve also been able to accomplish so many great achievements.” The trio highlight how every project brings its own unique sets of challenges. In doing so, they seek to challenge themselves to raise the bar from before and their unwavering self belief enables the trio to continue creating pieces are music artistry, which their fans love!

The trio currently have a new music video in the editing phase, in addition to promoting their new Flashbacks album campaign. Accompanied by their release Déjà Vu which is charing very well at radio in Australia, the trio are starting to collaborate together on some new music they look forward to producing in the very near future.

Byron Bay Artist Ben Walsh on Velshur & The Art of...