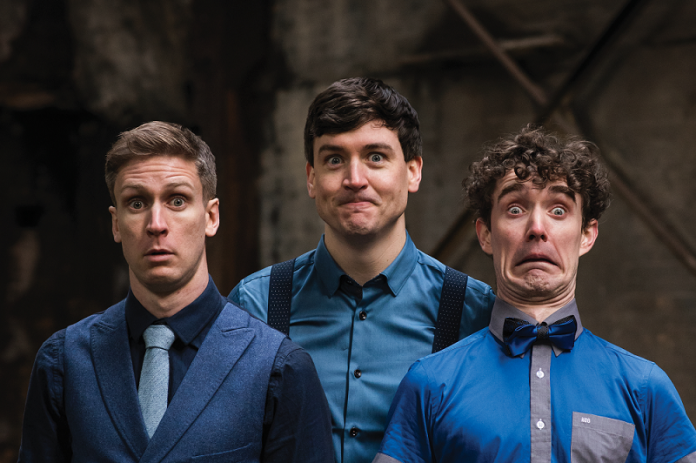 Starting from an eighty euro gig to accumulating well over 40 million views, 230 thousand subscribers and nationwide tours; the story of Irish comedy group Foil, Arms & Hog is one of inspiration, dedication and passion.

The comedy trio was formed in 2006 by Sean Finegan, Sean Flanagan and Conor McKenna in a bid to follow what the three young comedians felt was their calling, opposed to what their parents wanted for them.

“I was never going to be a geneticist. That was a ruse.”

After meeting in university, it was clear that comedy was always there for them and a constant factor in their lives. This revelation slowly came to them after experimenting with stand up during their university years.

Even in their university classrooms, they found themselves as jokers. Conor told the story of how he found himself playing with liquid nitrogen in a Physics lab. Filling a plastic drinks bottle to the brim with liquid nitrogen, he told me how the liquid nitrogen turned into gas at room temperature and so in essence he had accidentally created a gas bomb. ‘Not [realizing]’ that this was the case, Conor thought this nitrogen had absorbed into the plastic itself and that if he bashed it off the desk ‘it would shatter, like in the movies’. Much to his own bewilderment, the bottle exploded into the confusion and chaos of the classroom. While university may have been fun, the trio maintain the view that their university degrees were just ‘buying them time’ Conor (Arms) elaborated until they could get into comedy full time.

Then their first gig came. As if it were some kind of sign, this too was shrouded in a veil of comedic happenstance. Telling me the story of how the trio remember consistently cold pitching venues and event organisers to get their foot in the door, the process was not easy as they faced many rejections before finally landing that gig they were looking for. Performing the gig, the crowd was warmed up to them with their sketch comedy antics and the trio got paid their first 80 euros for hosting their show. It was only when they were packing up afterwards that they realized their car had been clamped for an 80 euro ticket.

‘It always got better each year’ from that point on Sean explained when talking about the progression of their comedic career. The trio going went on to explain that without the initial dedication to stick at it and face those initial rejections, they wouldn’t be where they are today. Talking about their progression Connor stated that they were lucky in that ‘if you are making and audience laugh, you are going to get more gigs’ and this kept them going when they were just starting to make a name for themselves.

This formed the basis of why they love doing what they do; we do it ‘for the crack’ and the ‘incredible feeling’ of being on stage with your best friends.

Sounds interesting? Then join Foil, Arms and Hog over on their YouTube channel where they upload weekly sketches every Thursday and be sure to check out their live tour dates.