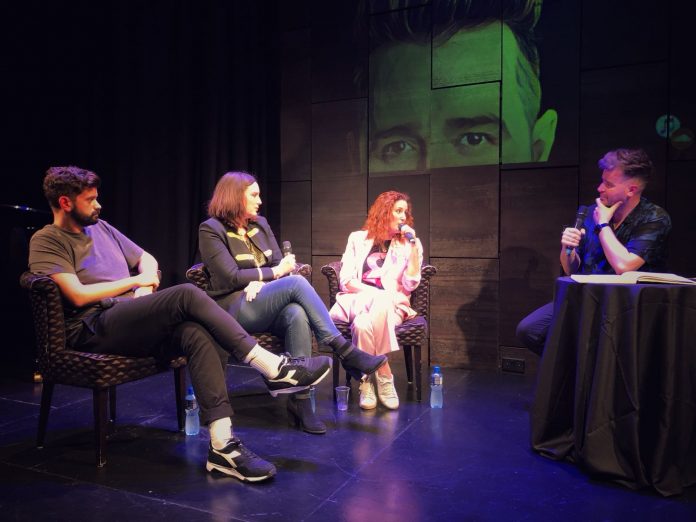 Jarlath was inspired at a young age by watching great comics and thinking “I’d love to do that”. His transition, as he so poetically puts it was “more of push off a pier into the sea type of situation.” Having done a few stand up gigs beforehand, Jarlath entered three new comic award competitions. From here, his career took off!

However, given this leap of faith into a career unknown, Jarlath openly admits there were doubts from some people around his new chosen career path…”I was so thick-headed at the time that George Carlin himself could have told me this was a bad idea and I would have thought, “I’ll show you.”

When it comes to developing new material, Jarlath highlighted many processes to assist in developing his material. “Right now I’m doing things a new way that involves getting up at 5am. It’s working. But things change. I reckon you need to have the pen in your hand, figuratively speaking, nearly all the time to catch the good stuff when it drops from the sky.”

Jarlath vividly remembers his first time when he was in Toronto January 1st 2001.  Oddly, his first gig landed in the most  unlikely of settings, non other than the World Debating Championships. Having signed up, they called in the World Stand Up Championships. Humoured, Jarlath highlights that there was substantially more style over substance.

For those interested in a comedy route as a career, Jarlath recommends setting up a gig in your university. The reality being that you’ll only know if its for you when you stand up yourself.

Jarlath openly admits he struggles with short term memory. He admits there have been plenty of times on stage where awkward moments have set in. The solution..100% honesty. “I feel like not admitting to getting lost up there is the worst thing you can do. The audience always knows and there can be a lot funnier stuff down that path.”

Having recently started Men Behaving Better,  Jarlath explained the podcast came out of conversations with a bunch of different people around the time of #TimesUp first appearing. “Guys who I knew wanted to improve, had no idea how bad things were for women, guys who had frineds they wanted to call out, guys who couldn’t understand what they needed to change but knew they needed to change. And of course conversations with great feminists like Bridget Christie, Louise O’Neill and Marian Keyes. I felt like a conversation wasn’t being had about what is needed and we needed to break that silence.”

Pressed for what is the most important message for Jarlath to deliver with his podcast, he explained it’s more about communicating in a safe, fun place in a way that lets men and women ask questions they might not ask otherwise. There’s a range of topics covered like calling out your family’s speech, how are we to treat the art of fallen men like Louis CK and why is there #MeToo fatigue when there’s so much more to do.