There is not enough words to describe how fantastic and spell binding this show was. Right from the very beginning I got goosebumps as the cast danced and flew their way down to the stage. This Disney musicals debut in London has outdone itself, with both the design of the theatre, Wembley Troubadour Park and the stage design itself. 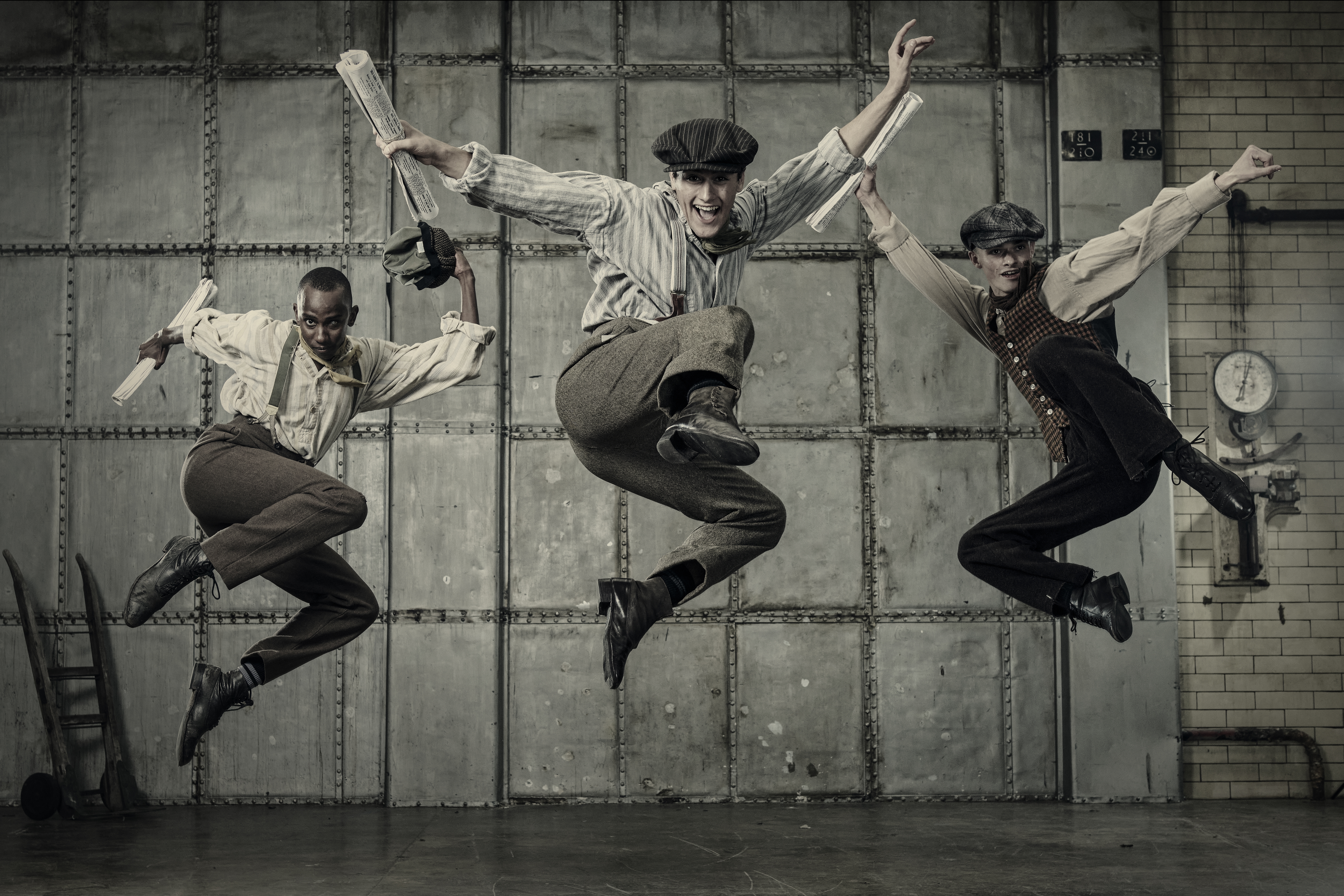 Newsies is an award-winning Broadway musical that is making its debut on the London stage. Based on a true story, Newsies is set in New York City at the turn of the 20th century, based around the newspaper industry. There was a lot of child labour at this time, children working in poor conditions for pitiful pay. This is the world in which Jack Kelly (Michael Ahomka-Lindsay) and his fellow Newsies live in. After Joseph Pultitzer, owner of The World newspaper, increases the price of papers for the newsboys, Jack Kelly rouses his friends into a strike, which puts him in the path of up and coming female reporter, Katherine Plumber (Brontë Barbe). 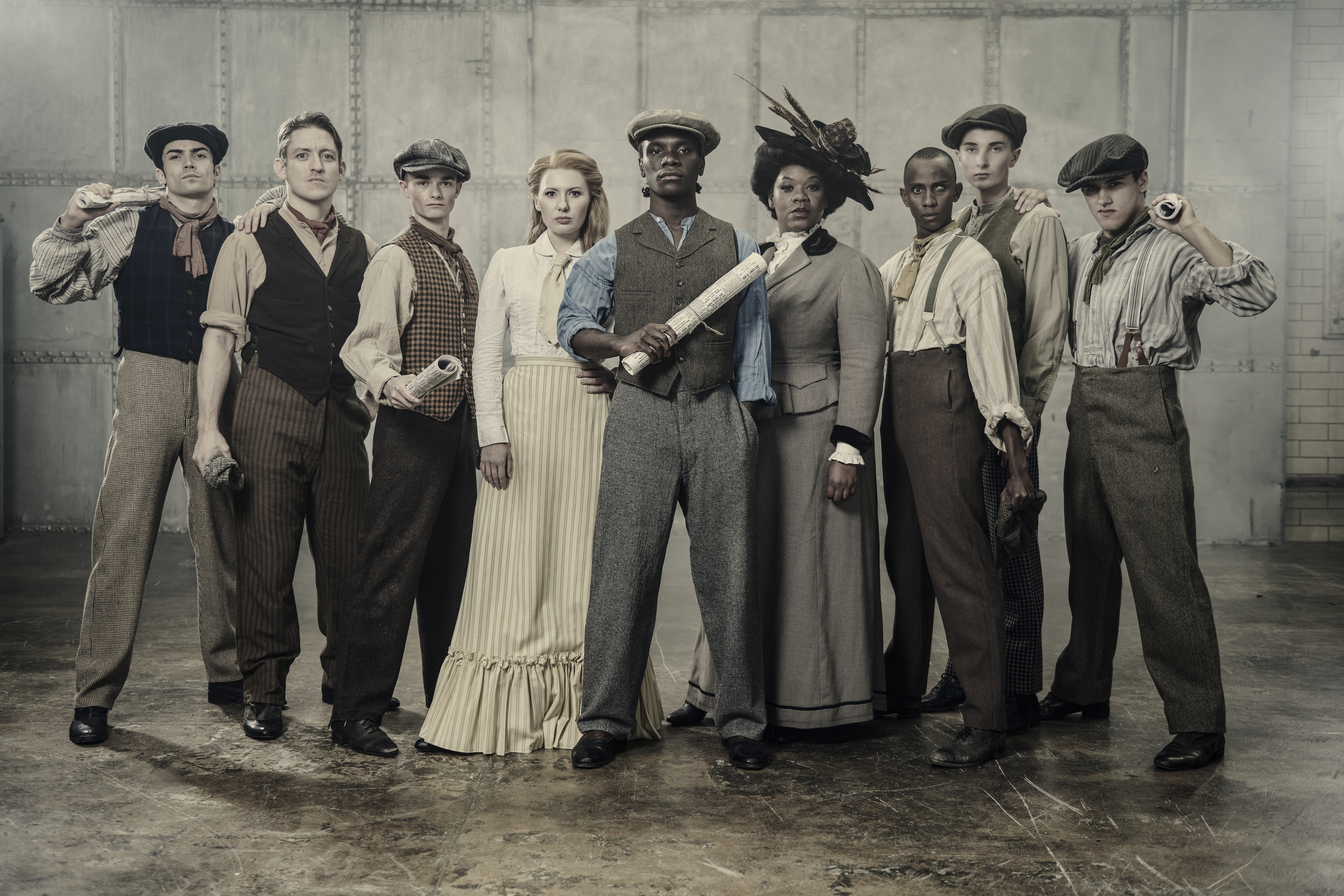 In todays political climate, with the rising of strikes around the country, Newsies has arrived at just the right time for us here in the UK. A musical with the power of the people at its heart, the heroic actions of Jack Kelly and his band of Newsies is inspiring. The production is historical, hilarious and high-powered. The cast is truly phenomenal and they outshine themselves again and again throughout the performance with both their dance, vocals and acting. By the end of the first act the audience had erupted in multiple standing ovations and this high level of theatrical praise continued throughout the rest of the performance. 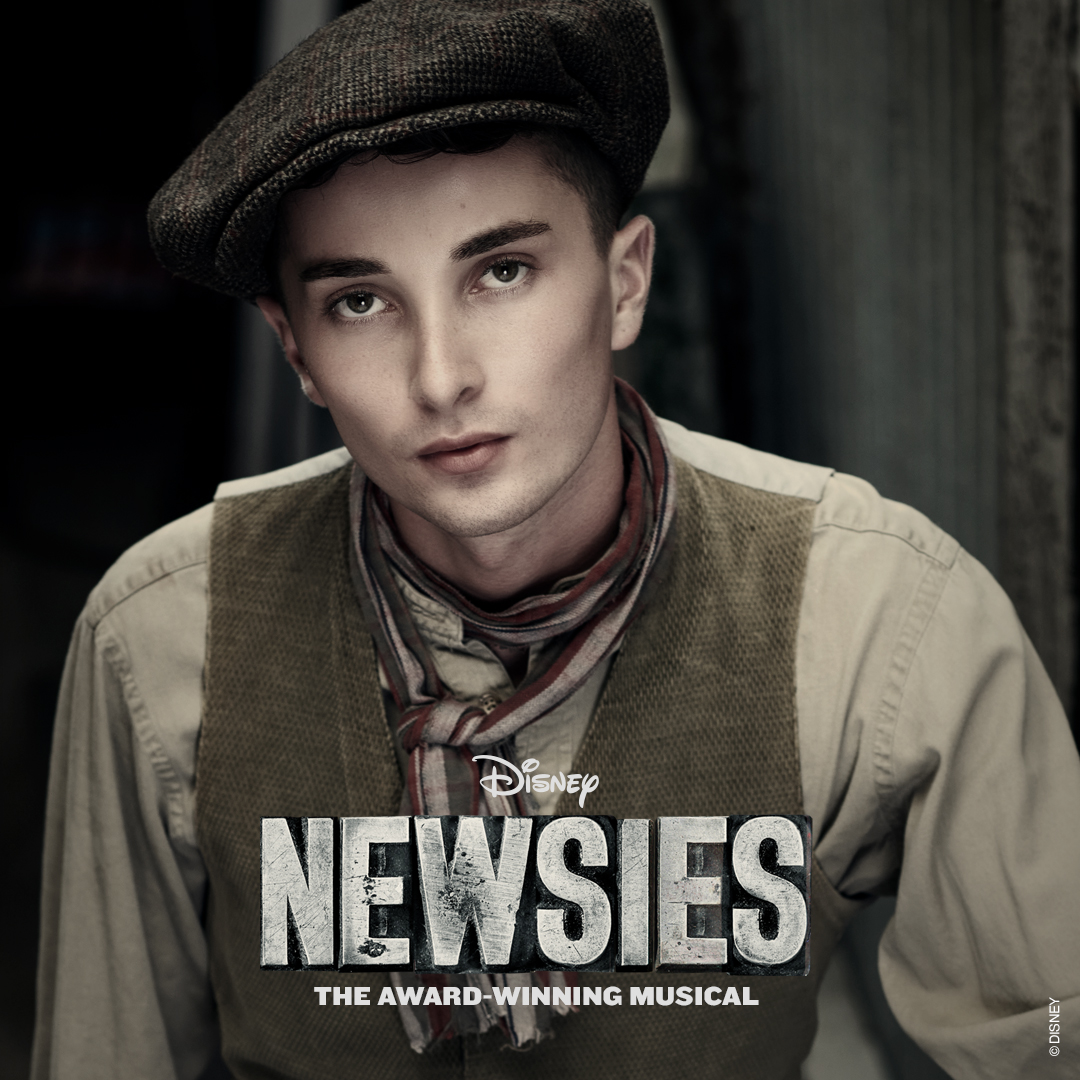 From the moment you enter the theatre you are transported into the world of the Newsies, the incredible set design, both backstage on onstage creating an incredible atmosphere. The auditorium is separated into the different boroughs, which further immerses you into the performance. Having the Newsies dance through the auditorium, running, sometimes flying around and throwing papes at the crowd just made the performance just that more spectacular!

Balletic brilliance, this production lives up to the expectations of Newsies, once again showing why the original production won two Tony awards, had an extended run and went on tour. All of the performers excel in the different forms of dance that is displayed, from tap, to acro and ballet – it was both technically impressive and powerful to watch.

Newsies is already my favourite musical and this production was a brilliant reminder of why. It is funny, daring and passionate all at once – enticing its audiences into a jaw dropping and heart pounding experience.

I am a second year History and Creative Writing student at the University of Hertfordshire. In my spare time I love to read, watch musicals and write.