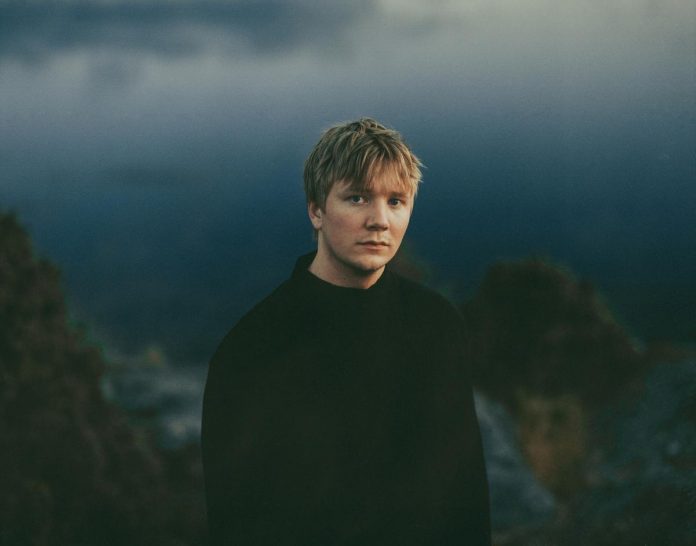 Since the release of his debut album Places We Don’t Know in 2018, the Gothenburg artist has gone from strength to strength drawing plaudits and boasting over 200 million streams and the support from heavyweight media including Fader, Complex, Dancing Astronaut and more. We caught up with the artist prior to the release of his highly anticipated new single “Show You”.

“I was very keen on the idea of creating my own lyrical hook by chopping up and tampering with an already existing vocal sample. I eventually created the vocal hook for show you which ended up being the base for the entire song. It felt natural to make a cinematic, soft, slow house beat to it. Something almost fitting for a movie”

Having played guitar since the age of 10, Kasbo has always loved the idea of being in a band and touring the world.  He began experimenting with different music and software programmes as he got older, increasing with it his repertoire of material, without having to rely on anyone else’s ambition or interest. He goes onto explain how once he started he couldn’t stop and started uploading his music to Soundcloud. Highlighting how after a while people started to pick up on the music, ranging from uploading it to youtube channels to commentary on blogs.

The artist describes his music as organic Indie electronic, with his unique sound stemming from a mixture of festival/club-friendly , organic, intimate, personal sounds and melodies.  Something the artist points to being a big factor behind his music. Kasbo highlights he wants to provide his fans with a place to escape to through his music.

Kasbo highlights how his friends and family have been really supportive of the artist in supporting him through his music. “I think my family has this idea of a full-on work ethic, doing whatever you’re doing 110%”. A work ethic which has definitely colored the way the artist operates and provided inspiration to go all-in or nothing with music.

Kasbo opens up about being severely depressed at least once in his life, with anxiety an every day battle. The artist points to his anxiety stemming from having very high expectations on life and items in general, leading to stress when things do not work out perfectly as the artist wants it.

“I very rarely allow myself to be happy or satisfied with something, I think subconsciously I’m scared of becoming content and settling with something less than perfect. I try to realize that things will never work out perfectly and that that’s okay and try to be grateful for things as they are.”

The artist highlights how finding people within the music industry a kin to the music he was producing was not massively important in the beginning. For the very reason he made all his music alone in his bedroom and utilising Soundcloud, he found people eventually took notice of his music.  When Kasbo started working with his management team, he found he was more reliant on them knowing people. The artist highlights how having friends who make music is always a great way to learn something especially when starting out. Contacting other people doing similar things to you who are similar in size, to being active on forums.

“Don’t worry about getting to know the right people or getting signed to a label the first thing you do. Worry first and foremost about making the best music you can, and make a lot of it. Put up the music online and get a feel for what is working and what is not. The right people will find you eventually, just start with honing your craft and your artistry.”

For the artist, overcoming his hearing disorder in his left ear was his biggest challenge. Kasbo is currently playing around in the studio since the completion of his album, with plans to keep releasing music and playing shows.

DJ Pablo Bravas on his latest single “Finally Me” & leaving...