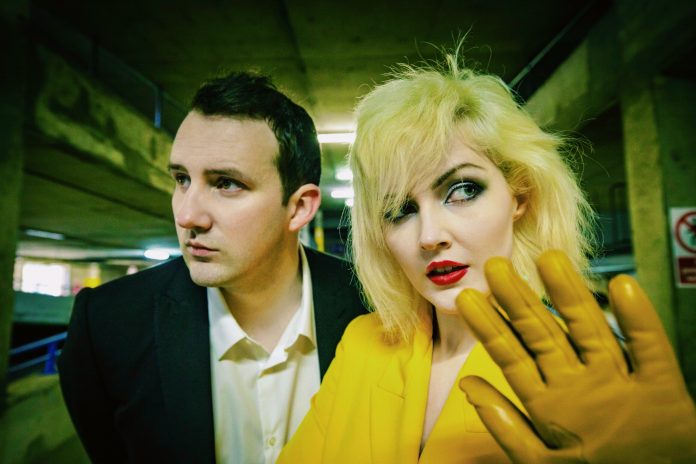 “A lot of people think to get noticed that they need to rush and start playing live shows straight away but if your songs aren’t good enough yet then none of that matters. Be so good that no one can ignore you!” – GreyWind

Making little secret of their ambitious global plans, Greywind are fast proving themselves as a force to be reckoned with. Raised in the Irish town of Killarney, their mutual passion for expansive, stadium-sized rock music has since propelled them beyond the confines of stifled opportunity and into realms of superstar potential. We caught up with the Irish based artists prior to the release of their latest entry “Am I Asleep”. A song heavily influenced by the artist favourite films. Going onto explain how they aim to bring a cinematic sound to their music and visuals.

The artists point to having grown up being influenced by various bands on their journey, and as a result found themselves naturally gravitating towards creating their own music. Since their original demo “Afterthoughts” was posted online, Greywind have been properlled into a reality they humbly admit were never expecting!

The Art of being Original

The artists describe their music as “emotional, beautiful and atmospheric”. Their authenticity down to not looking to follow trends in the music industry. Highlighting how through their songs you can really hear they are echoing what they are passionate about. With a focus on where they are now, and their fans. They point to their favourite creation to date as “Am I Asleep”. Mainly due to the work that has gone into its release, which they are extremely excited to share and are equally proud of! For their listeners, the artists are keen to have them feel like they can escape into their world and simply get lost in the music… “our songs are written to be open to interpretation so the listener can decide what they want the song to be about”, they explain.

The artists open up about going through the motions the anxiety brings. Having struggled a lot with it over the years, the band have never openly spoken about it before. However, feel they are now in a place where they have learned to deal with it better, and in doing so showcasing to those going through anxiety issues that over time, it does become something that does not take over your life.

Greywind highlight the importance of surrounding yourself with the right people. Pointing out there have been times when they have’nt had the fortune of working with the right people, and as a result resulted in a negative impact on their music production. Thus having a team now that is of the same mindset and of the same ambitious vision, has made a massive difference to the bands overall delivery. The band recommend anyone wishing to follow in their footsteps to focus completely on writing the best songs you can. To believe in yourself and not allow external factors to get into your head too much.

The artists are currently writing the best songs of their careers at the moment and are extremely excited with what the future has in store. Pointing to lots of new music for release, in addition to other projects they are involved with and keen to share over the next few months. #watchthisspace

US Quartet 5WEST on their latest single “Last Time”