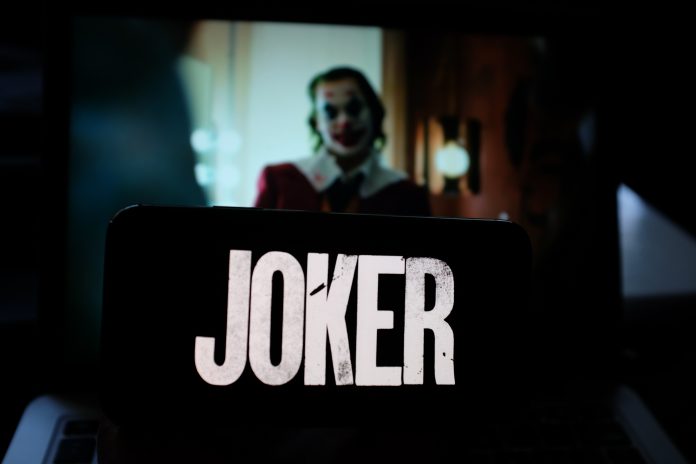 The 2019 blockbuster, Joker, is an American psychological thriller produced and directed by Todd Phillips and surprisingly, distributed by WarnerBros. It’s a comic-book movie, but not a typical one…

To summarise, the film is based on the birth of Batman’s cackling enemy, the Joker – a sad and lonely, failed comedian called Arthur Fleck played by Joaquin Phoenix.

Living on a diet of pain and nicotine, Fleck works as sign-twirling clown in Gotham City where he lives with his mother. The city’s filled with uncollected rubbish bags, is overrun with rats and full of careless people and where mass civil-unrest is just a click-of-the-fingers away from becoming a reality.

Fleck is troubled and suffers from a neurological condition and mental illness, causing him to laugh in inappropriate situations – his internal screams of pain are transformed into uncontrollable, dry, cackling spouts of laughter. He’s a misfit in a cruel city, a cruel world. He’s bullied, isolated and disregarded in society.

Phoenix’s incredible acting makes us feel encouraged to empathise with Fleck, but we don’t because we don’t trust him entirely. He has a look about him that suggests he’s evil – the look of a maniac behind his eyes.

Madness slowly overtakes Fleck’s mind. He changes; he falls in love with dark comedy that gradually transforms him into a dangerous criminal mastermind, calling himself ‘Joker’, rather ironic as he’s a man wanting nothing more than to be funny, yet no one’s laughing.

He craves unearned fame and adoration for his comedy, looking up to his inspirations: Murray Franklin, a talk show host and Thomas Wayne, running for mayor of Gotham and Bruce Wayne’s (Bat Man in the Bat Man films) father. Fleck idolises and looks up to him as a father figure and at one point, believes he could be his real father, but is he? *conspiracy theory*

Later in the film, both of Fleck’s famous idols make a fool of him. Was this the final straw of Arthur Fleck’s sanity?

The film takes a gruesome turn. Fleck becomes murderous. The violence he carries out is gory and almost difficult to watch, yet you find yourself peering through the gaps of your fingers wanting to see.

The best and most shocking scene, for me at least, was when he murdered his idol, Murray Franklin on his live show in front of an audience and seeming to enjoy it.

‘’How about another joke Murray?’’ and angrily went on to ask, ‘’what do you get when you cross a mentally ill loner with a society that abandons him like trash? I’ll tell you what you get! You get what you fuckin’ deserve!’’ and shoots him in the head, blood spurting out and onto Fleck. The smirk gradually grew on his pale, white, clown-painted face before coldly laughing. Was this because of his condition, or did he find it amusing?

The killings are extremely graphic, there’s blood splattering everywhere, scenes of gun shootings and stabbings. Some scenes show brutal beatings, rioting and fury and one scene where Fleck murders a character by smothering them with a pillow. However, some of the violence is relevant in the terms of current affairs as it raises issues of today’s society where there’s easy access to firearms and the recent, tragic events involving gun crime, largely in America.

Despite these reasonings the backlash by critics is ongoing; Warnerbros were slammed and accused of glorifying murder and suggesting that mental illness is a contributor to the villainous acts and behaviour of the Joker. Words such as ‘’cynical’’ and ‘’toxic’’ have been used by critics to describe the film which is a shame for a film so great that’s been performed with such talent, intensity and weirdness. It’s gripping – you just want to keep watching.

Joker has resulted in people creating different conspiracy theories about what really happened in different scenes, for example:

These theories really get you using your imagination, thinking of all the possible theories as to what the truth is. The film almost gives people a chance to think of their own conclusion to the film – did he kill all those people and end up in a mental institute? Or was he in the mental institute because of his wild and chilling imagination? Give it a watch and decide your conclusion.