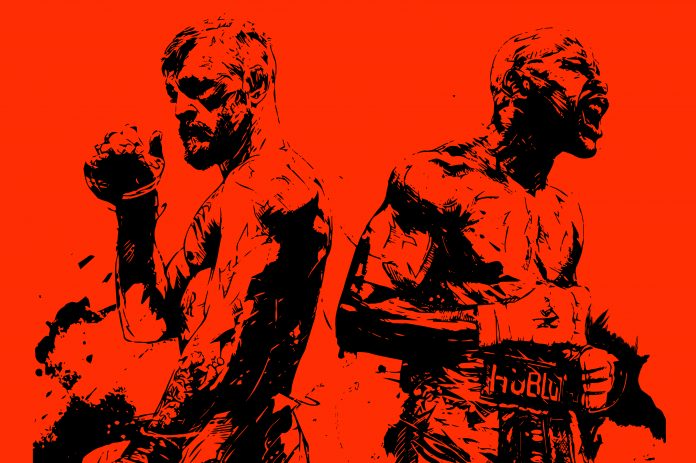 On Saturday night, the world’s eyes bared witness to the fight of the century – or so it was foreseen. Crumlin’s own superstar in Conor ‘Notorious’ McGregor stepped out of the eight-sided cage he was used to and into a new territory, a territory dominated by the pretty boy Floyd Mayweather Jnr. who looked to add another victim to his once-retired 49-0 record.
The match received months of build-up and hype which was furthered by a world tour of press conferences consisting of comedic trash talk. With an event as publicized as it was, I was not surprised to turn the telly off disappointed – £19.95 for 10 rounds of rabbit punches was never going to satisfy me. Although I love an underdog, Conor looked abysmal as he was on wobbly legs after a mere two rounds which was shocking to me as he had been through a 25-minute battle with Diaz the previous year. Money Mayweather finished the fight inside the tenth round after McGregor left many big hooks unanswered, yet he was never knocked down to the canvas. I hate to say it due to the massive expectations for this superfight, but this was an extremely poor bout and an obscure one at that. Sports commentator Carl Froch noted, Floyd could have finished the fight at any time due to the unfit state of McGregor. The brawl was carried out at a slow pace, with Conor throwing lazy punches into the guard until the puppet master Mayweather deemed it a reasonable time to take him out.

However, the anti-climactic bout had no effect on the fighters, as they both left with £100,000,000 purses. What annoyed me most of all, was the reaction of McGregor at the post-fight press conference as he was clearly unfazed to this bruise on his legacy. Although it was clear the fight was about money, I would’ve loved to see a hint of self-compassion to prove this fight genuinely meant something.

So, what’s next for the fighters? Floyd Mayweather Jnr. is likely to return to the retired life, but he can be a little more comfortable knowing he can pay the tax collector back. McGregor’s future is a little foggier, as he is now in a defend or vacate situation within the UFC Lightweight division with the likes of Khabib Nurmagomedev and Tony Ferguson awaiting their ‘red-panty night’ with the champion. If the Notorious is to return to martial arts then the most likely bout seems to be a trilogy fight with Diaz, however, Conor has just walked away with 100-million and I have my doubts he will be interested in furthering his reign. We will have to wait and see what he wishes to do next, because as we all know, Conor does what Conor wants.