Globally, the film has earned $290.5 million, after touching down in nearly every major foreign market save for China and South Korea.

Disney, which shelled out $4 billion to buy “Star Wars” creator LucasFilm in 2012, had been trying to downplay expectations for “Rogue One.” Executives noted that the film is the first “Star Wars” movie to exist outside of the main Skywalker clan storyline. It’s also a darker, war-themed tale; one that has an unusually high body count for a popcorn flick.

But the “Star Wars” pedigree proved irresistible to audiences, and the film seems positioned to play well through the holidays. Disney is planning to do more “Rogue One”-style spinoffs. The company is already working on a film about the early years of Han Solo that will star Alden Ehrenreich.

Most studios steered clear of “Rogue One,” but Warner Bros. and New Line offered up “Collateral Beauty” as counter-programming for audiences unmoved by tales of Jedi warriors. The drama about a grieving ad executive (Will Smith) was savaged by critics, and only managed to eke out a paltry $7 million debut for a fourth place finish. That’s a rough start for the picture and continues Smith’s bumpy period at the box office. The actor scored with last summer’s “Suicide Squad,” but struck out with the likes of “Focus,” “After Earth,” and “Concussion.” “Collateral Beauty” cost $36 million to produce. Village Roadshow also backed the picture. The opening weekend crowd skewed female and older, with women comprising 59% of the audience and 58% of ticket buyers clocking in over the age of 35.

“Rogue One” galvanized the box office, but overall ticket sales still fell sharply. That’s because of tough comparisons. Last year, this period hosted “Star Wars: The Force Awakens,” which shattered records when it opened to $248 million.

Welsh Singer-Songwriter Grace Parry on her new single “REAL” & Being...

Starting a Start-Up whilst at University 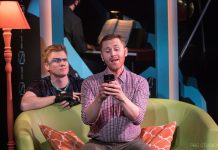 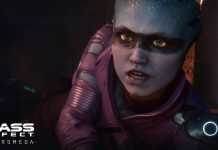 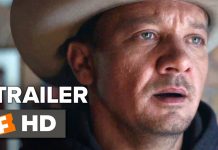 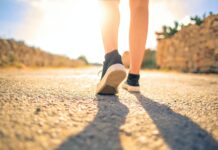 How 10 Minutes Of Walking Can Improve Your Mental Wellbeing