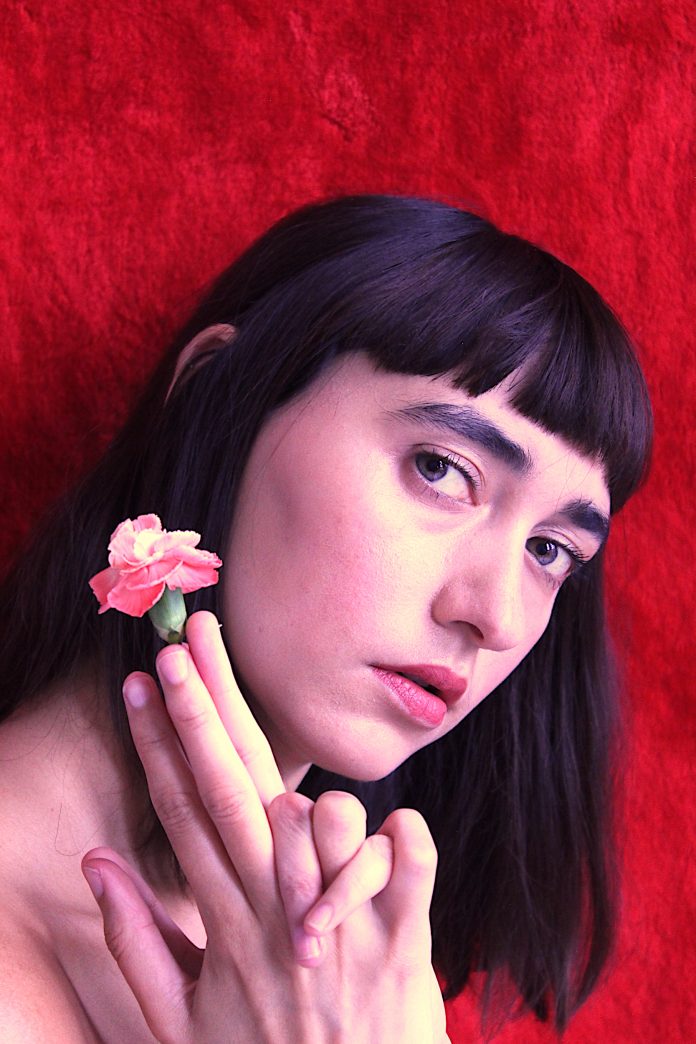 The 14-year-old version of myself would be very proud of where I am right now! – Gracie souz

Growing up in Sheffield, Grace Strickland de Souza (aka, GracieSouz) spent a lot of time playing around with keyboards in her bedroom and singing in a choir. The founding base of her musical training, she explains. Going on to study Drama at university, the Sheffield based artist highlights how music stopped being the focus during this period but was never forgotten. “It wasn’t until a couple of years ago when I was approached to form a band that I found the more I wrote and played, the more encompassing it became”. We caught up with GracieSouz prior to release of her highly anticipated debut album “Better in Space”.

An album containing four tracks, including the coveted “Brian Cox”, which seeks to explore the anxieties the artist was feeling at the time of writing the content for her album. “I was feeling at the time as a young woman, sad, angry at the world and pretty lonely” she explains. Opening up about how she had these vivid thoughts of escaping somewhere and so space became this whole ideal for the artist. In doing do, this enabled the artist to develop personally and she has found it incredibly rewarding finding a new way of self-fulfillment. Describing her music as alternative, electro pop, the Sheffield based artist believes her music stands out due to the experimental feel and cross-over of genres her sound encompasses. Offering a balance between beautiful cinematic sounds and more aggressive industrial synthesizers which she feels encapsulates the feeling of space in her view.

Finding Coherence in her Music

GracieSouz feels the whole EP feels like one coherent piece with each song a separate fragment that steadily gets more epic before reaching a climax. Referencing her producer, Alexander Comana; the artist highlights how hearing the progression of each track from the demo to the final version and all the sounds he [Alexander Comana] supported with. “I’m going into this release with no expectations, but I hope that whoever listens can find a moment of escape from everything and to realise they aren’t alone in all this”, she points out. She is humbled by the support received from her family and friends, with special mention to her parents. Going onto highlight how they have inspired her and encouraged her to open her eyes on the world, be honest with what she wants; whist remaining headstrong and questioning everything that is put up in front of her.

For her latest record, GracieSouz has been heavily inspired by soundtracks and the cinematic sounds of modern classical artists. With reference to Nils Frahm and Johann Johannsson combined with electronic and conceptual artists such as Jenny Hval, Lauren Auder and Holly Herndon. Alongside her music, she also takes pride in being a multi-disciplinary artist and co-founder of theatre collective, Klein Blue. “I’ve used a lot of these other skills to be hands on in all elements of my music making. I self-direct, film and edit all of my music videos and do my own artwork”.

She notes the importance of experimenting and taking a hands on attitude with your artistry. Taking the stance that it is never too late to learn your first instrument, encouraging aspiring creatives to download free recording software, and write down your thoughts which can culminate in their lyrics. In addition to offering a dish of reality, that nothing hard earned is ever without perseverence.

Overcoming Challenges & looking to the Spring!

The artist finds self motivation hard and points to being a big procrastinator. Enjoying the idea of taking on a project with an end goal in sight which can be a challenging combination. “It’s definitely made harder with the lack of support for artists at the moment from the government as self motivation feels like even more of a challenge when it doesn’t seem feasible”, she explains. 2021 thus far has been an exciting year for the artist so far. Pointing to new singles she has been able to record with her band [KIN] in a social distanced setting, in addition to her solo music with plans to bring out a full EP in the Spring. #watchthisspace