Home Concert's; Festivals & Student Events Theatre The Curious Incident of the Dog in the Night Time Review
Share on Facebook
Tweet on Twitter
To adapt a book for the screen or stage is no easy feat. You’re not only representing a cohort of characters created by a writer with love, affection and attention to detail —but the perception of those characters by a vast and varied audience, who are often as protective over them as the writer is. With that in mind, it was a great pleasure to see The Curious Incident of the Dog in the Nighttime brought to life with such heart, humour and warmth at Wycombe Swan earlier this week. I read the book at age 18, and then numerous times after that. I gifted it to friends, recommended it to others and even referenced it in my own work as a filmmaker in the time since. I know that story. I know Christopher Boone. And the portrayal of him on stage in this production not only lived up to my expectations of who that character might be, but surpassed them. 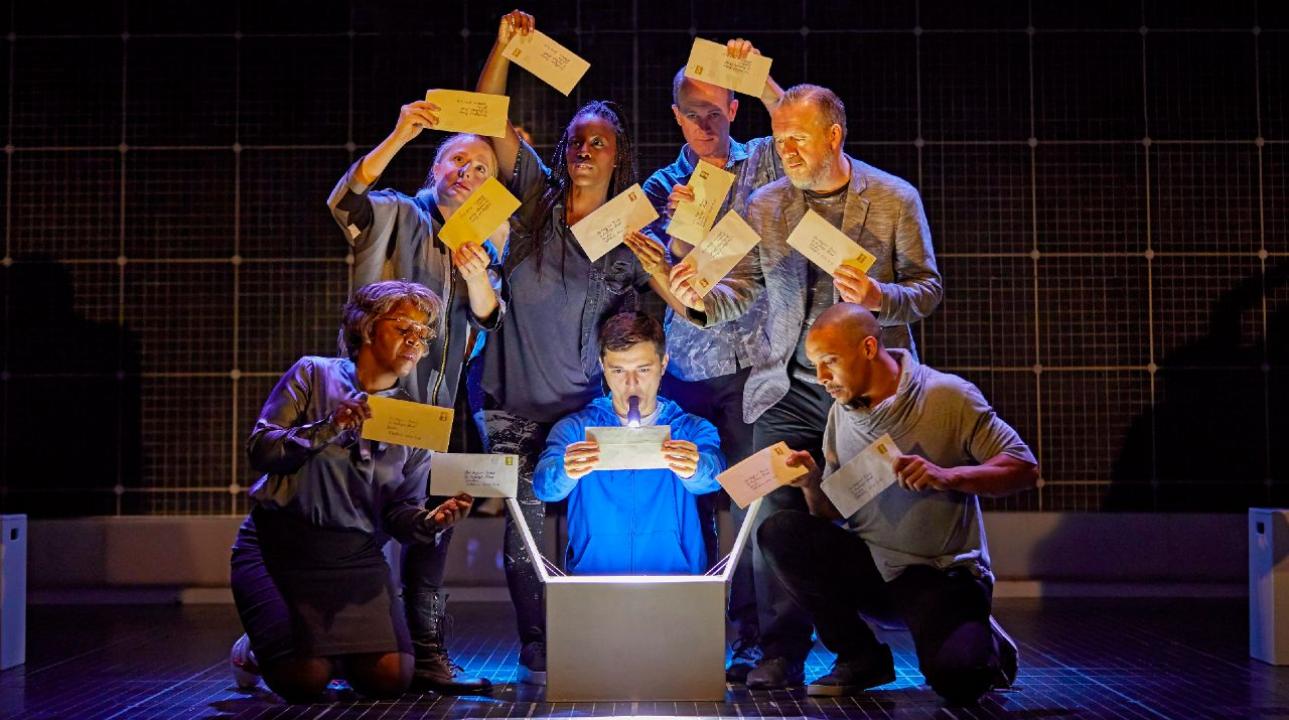 The play opens —as the book does —with Christopher discovering his neighbour’s dog, Wellington, dead in the front garden. From there, we’re launched into a two hour inveistagiton through the eyes of our 15-year-old protagonist, as he strives to uncover exactly how Wellington’s death occured. Christopher shares a number of traits commonly associated with Asperger’s Syndrome, which in this invesitagation prove to both help and hinder him. His memory is razor sharp, he tells no lies and trusts only those that he knows well —the mark of a true detective, but at times, he becomes overwhelmed,
uncomfortable in the company of strangers and finds himself out of his depth when removed from his comfort zone. His journey is anything but smooth, with countless twists and turns, friendly (and some unfriendly) faces, and a number of red herrings along the way.
And although the play is navigated with only a small cast, no character goes unseen in this story. With seamless costume changes, accents and attitudes, the team behind this production have weaved a whole world for the audience to enjoy —which when matched with its relatively small, cubic set design becomes even more impressive. The play boasts no painted backdrops, no moving walls or extravagant props —instead, telling the story through cleverly choreographed LED lighting, guiding us around the space and painting the picture of an entire setting. The piece is as much a feat of lighting design and animation as it is theatre, and the drawers, doors and cupboards that pull out of the walls are an
unexpected treat. It feels both claustraphobic and expansive. Comfortable and unsafe. Calm
and hectic. 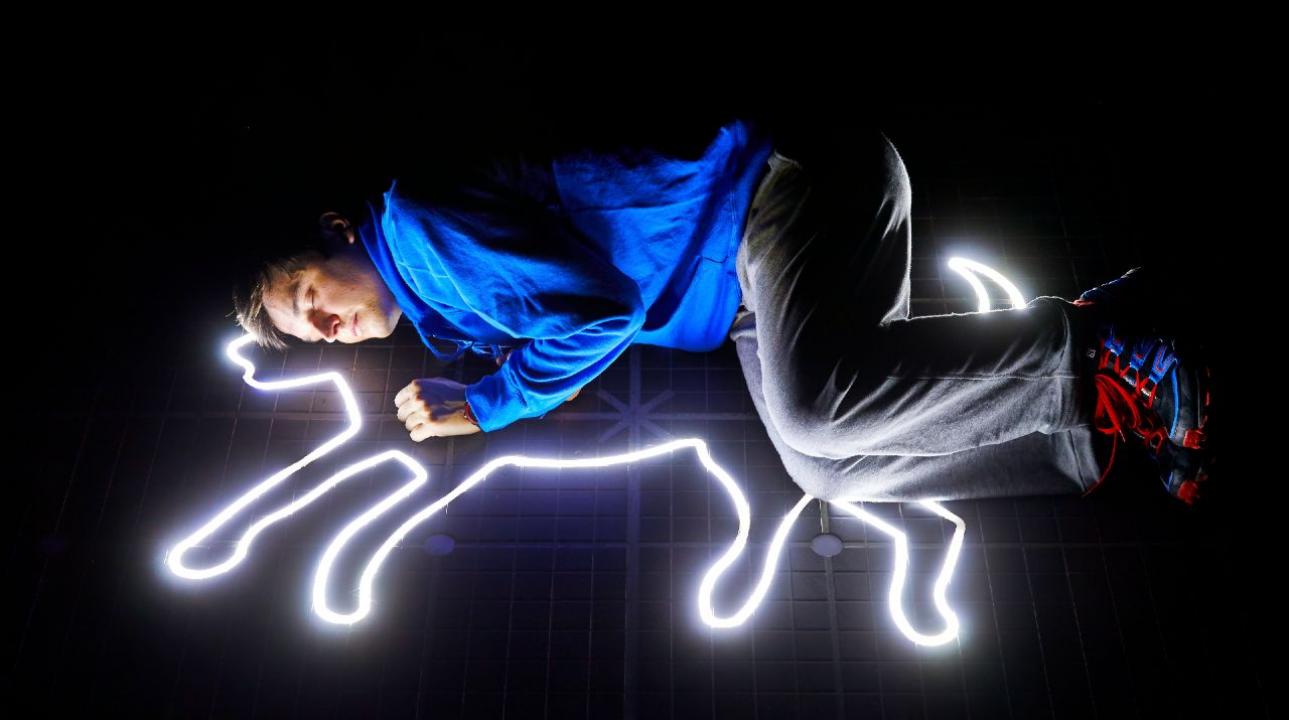 A true testament to the feeling captured so well by author, Mark Haddon in the book. The acting in the production is second-to-none, with each character bringing their own unique element of humanity to Christopher’s experience. The best performance, without a doubt, had to be by Christopher himself —covering every inch of the stage with energy and passion without leaving the space once over the course of the play (bar for the interval). His portrayal of a confused and anxious teen was felt in every word spoken, and he had my heart with him from start to finish.
To summarise, this reimagining of a recent classic was, for me, done with tact, class and heart. The story stayed true to the original in every sense and lef the audience with a feeling of warmth, after a turbulant trip from Swindon to London and back again. A must-see for fans of the book and those who are yet to read it.
By Lisa Kenney