Dru Cutler is a US artist from Brooklyn. He recalls going to a birthday party when he was a teen, and remembers the first time he heard “Lithium” by Nirvana. Blown away by the guitar rendition, he found a pawn shop guitar that summer and started learning how to play. For the singer & songwriter, making music has been a big part of his life ever since then, including studying music composition in college. Having spent a great deal of time in the DIY scene, Cutler cofounded a music space called Unit J which has been hosting independent shows for the last 10 years.

The Story behind a Song

Cutler highlight how his latest track was written in March 2020, during the height of COVID. “Everything was upside down. So I wasn’t searching for music that had a simple story. I was only interested in making sounds that felt good. That’s it. I was trying to make healing music, because that’s what I needed at the time”. The artist goes onto point out that he is very interested in nostalgia, so looks to embody his music with a style and lyrics that reminds the listener of another time in their life. Intrigued by dreams, memories and all the emotions behind them. He explains that this latest record blends acoustic guitar with soothing electronic sounds!

“For this record, “Vibrate” was a special song because it was the first one I completed. It came out quickly, which is usually a good sign. I think I wrote and recorded the bulk of the tracks in one day. It really captured that moment in my life, which I think will resonate with people”.

For the artist, this song is about connection. “The main hook, “sending you a vibration” can mean a positive thought, a prayer, a love letter, a text, a video chat, a kiss, or even a literal vibration through song”, he goes onto explain. About finding a way to connect, no matter how challenging. 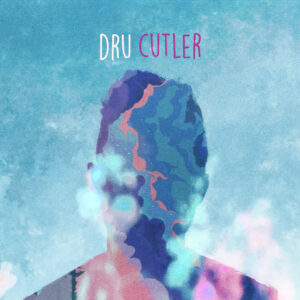 Perseverence of a Dream

The artist opens up about how Internet comments can be the worst form of trolling. He remembers one of the first music videos he published on YouTube, someone left a comment that said “Yeesh. The drummer has no chin, and the singer looks like splinter from the Teenage Mutant Ninja Turtles.“ It’s laughable now, the musician points out, but It was painful at the time. Making Cutler think twice about putting his art out into the world.

Cutler also looks back at his experience with anxiety. Going through days where he would go into the studio and simply take a nap on the couch. Not having the energy reserves to make music. Eventually linking up with a therapist to support his mental health. Through all this, he takes strength from people reaching out on social media saying his it is very inspiring to see that he is constantly on the move, working, making music, and trying new things.

The artist explains that he is currently listening to a lot of classic soul music, including Fats Domino, Sam Cooke, & The Impressions. He points out that today, young musicians need to be able to do more than just play music. You need to be able to organize and throw events.

Cutler’s biggest challenge to date has been growing his fan base. Whilst it is certainly possible to tap into other networks and hire PR firms and release singles, truly growing your audience in a meaningful way is always a huge challenge. To get through this, the artist is currently working on a new music video for the song “vibrate”, in addition to hosting a songwriter residency at his loft in Bushwick.#watchthisspace

Rock Artist Brocarde on her new single Twisted and refusal to...