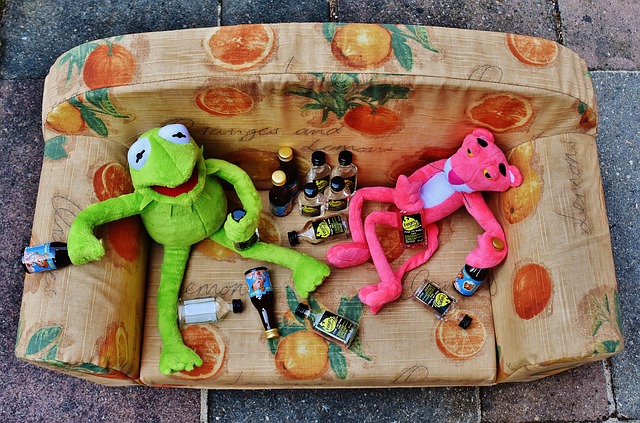 Following a night out, whilst you still have your cheesy chips and gravy to hand, what better to do than sit and watch a good film, provided you haven’t passed out on your sofa or the toilet. We’ve put together 5 prized films to help you on your way!

Known as the most famous “stoner comedy” of all time, The Big Lebowski is THE film to watch when you’re intoxicated, sober or whenever really – its that good. The humour is rude, crude and timeless which will make you laugh out loud whether you’re drunk or not. When “The Dude Lebowski is wrongfully mistaken for a millionaire of the same name, he seeks revenge for the men that ruined his rug and enlists his bowling buddies to get it. Sound insane? Yep, now imagine watching it when drunk.

The exclamation mark in the title was deliberate, that should give you some idea of what film we’re dealing with here. Airplane! might the greatest parody film ever made, with the film boasting more jokes in its running time than any film I’ve ever seen. Its rare a film can make me laugh out loud, let alone make me laugh out loud consistently throughout its 90 minute runtime. It’s one of the most iconic movies ever made, and for good reason. From its simple premise of a man who’s afraid to fly ensuring that a plane lands safely after ht pilots become sick, it manages to craft in my opinion the funniest script ever written with literally laughs a minute to be had. Drunk, sober, who cares, this film will have you laughing up and down the aisles.

Clerks, directed by the legendary stoner himself Kevin Smith, is a hangout movie. The clue is in the name. We spend 90 minutes basically just hanging out with these characters. Sounds boring? Not when you’re dealing with the characters of Dante Hicks and Randal Graves it isn’t. This film might be one of the quintessential student films ever made, a film that speaks to the youth more than any movie I’ve ever seen. Its the rare example where a student makes a film so effective and timeless, but Kevin Smith succeeds and then some. While his later career *cough* Yoga Hosers *cough* might be critically panned, don’t let that fool you into thinking Clerks isn’t a masterpiece of a student commentary piece. Oh and also its laugh out loud funny. Which helps.

Free Fire is the most recent addition to this list, with the film only recently coming out in 2017, however I think its a film that will grow to become a cult classic. A running theme with this list is the simple premises the films employ, but its what they do with their simple premises which set them apart from other comedies. Free Fire takes place in one location, a deserted warehouse, but when you add into the equation guns (and lots of them!) and a couple of loose canons – you have a literally explosive combination. Watching these characters shoot at each senselessly for 90 minutes while quipping clever and hilarious remarks back at each other is a ridiculously fun good time. Boy, I can’t stress enough just how much a good time this film is. Check it out!

I’m sure you’ve heard of it. “The Best-Worst Movie Ever Made”, and yes – it does live up to its title. Its horrendous. But oh my is it hilarious at being so bad. Tommy Wiseu is iconic in the role of Johnny, in a film that may of been released in 2003 but is STILL playing in cinemas to this very day! (Seriously check, its playing monthly in the Prince Charles Cinema in London.) This film is so bad its a timeless oddity of incredible self-parody that will have you laughing out loud at nearly every moment Johnny is on screen (which thankfully, is a hell of a lot!)