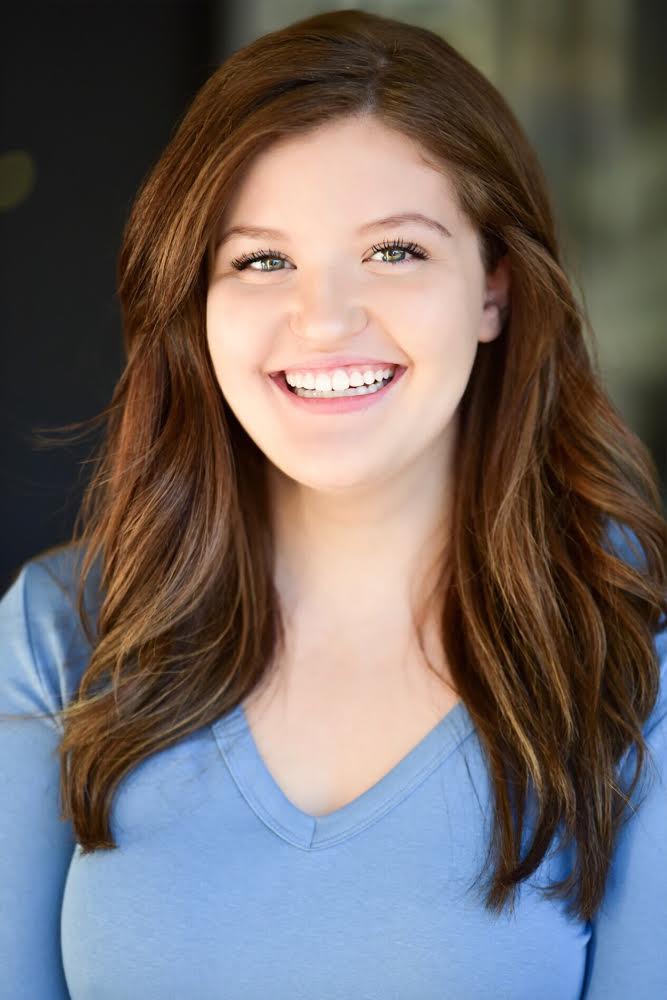 For Hailey Ralston, acting became a passion of hers at the age of 15. Up to this point her focus had primarily lay on performance dance. Having started with genre dance lessons at the age of 2 ½, Ralston progressed to voice lessons (age 8) and musical theater (age 10). Having become drawn to acting during her freshman year in highschool. Following a few short films, the aspiring actress decided to dive deeper and get into movies and tv shows, such as Nickelodeon. The actress now boasts an extensive team behind her, including Alicia Fusting, Pat Dortch, Jeremy Decarlos, and Megan DeLaura! The actress noting that starting off at such a young age, in addition to having the support and passion for this career has helped her tremendously. Going onto highlight that whilst she is not focussed on musical theater as a career anymore, she wouldn’t be where she is now without her theatrical training.

Best known for her role as Destiny Wickham on the upcoming Sci Fi TV series Time Girl; a story that centres around a teenager facing usual teenage problems, prior to finding herself abducted by aliens following an attack. What follows is a life changing event which leads her to being trained as a time girl warrior on another planet.

The actress admits to feeling nervous for almost every edition. Expressing that she likes to ovecome nerves the same way that she deals with rejection. By reminding herself that whether she books her audition or not, to view the audition as a great opportunity to get herself in front of a casting director and to practice her craft.

“I remind myself that every casting director has a different opinion/mindset, so all I can do is do my best and have fun. I also remind myself that partaking in an audition is only going to make me better and more ambitious to improve my craft”.

Ralston explains that to get into character, she has to thoroughly prepare beforehand. By thoroughly examining her script/lines to understand how her character moves/feels/reacts/acts/etc. Pointing out that if she can’t relate to her character, she searches for similar characters in other movies/tv shows, watches them, and incorporates their body language into her character. In doing so, this helps her fully envision and embody the role.

Breaking Out of Her Shell

The actress opens up about facing anxiety. Ralston explains how she has always had a hard time breaking out of her shell and staying confident. “These things tend to get worse in a performing arts career *this is probably one of my biggest challenges as an actress*”. Extremely thankful to her parents and therapist for helping her keep her mental health under control. Noting that she would highly recommend that all performers should have a therapist. Alternatively, to have a close friend or family member you can turn to for anything.

That moment when you connect with your character is what draws the young actress to acting, she 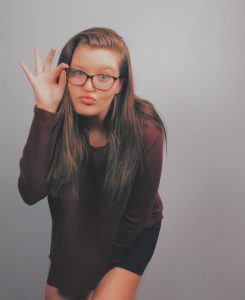 explains. “When you start coming up with all the little details to add to their character traits. I love connecting all of the characters that I have played to myself, I still feel like every role I have ever played still lives inside of me”. The actress goes onto highlight how she loves being in front of the camera. Acting offering the ultimate rush, Ralston admits she does not get from any other career path she has pursued. Further admitting that she has had to deal with a fair amount of bullying and criticism for pursuing her dream. To the point where she openly admits to having thought about throwing in the towel. To pull through, she focuses on the fact that one cannot let other people’s opinions and jealousy get in the way of allowing her to do what she loves. “I definitely lose my drive here and there when things slow down for me. I remind myself that this is what I love and that my time will come”. The actresses points to her dreamrole as playing a superhero role. Going to to highlight that her greatest achievement to date has becoming a role model, and being able to inspire people to be a better form of themselves.

Hailey believes that if you are an aspiring actor, study the craft, it’s important to know what you’re getting yourself into. Auditioning is part of the process and every opportunity counts! To build your resume, get on some casting websites and become an extra, and get some good looking headshots. To practice EVERY DAY to stay as sharp and proficient as you can. Believe in yourself and respect the process. Highlighting how you have to be patient and hopeful. To market yourself- have fun but stay professional. And always remember to be yourself! In addtion to this, to not be afraid to have the confidence to put yourself forward.

In the event singing & songwriting is more your repertoire, Hailey feels it’s vitally important to deliver each song your way and be original, don’t let others’ choices dictate what you do. To not allow yourself to get get too frustrated with all of the “songwriter expectations” – be yourself, find your lane, and write what’s true to YOUR heart. Utlimately remember that it’s okay to experiment and be open-minded, and just have fun with it! #watchthisspace

Producer, Artist & Songwriter Alina Smith on “Girl that was Perfect”...