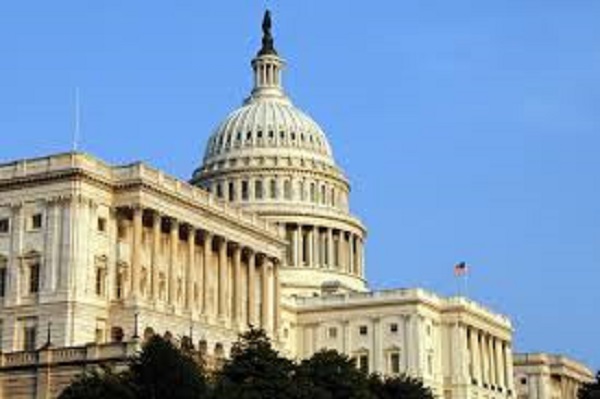 The US House of Representatives passed a resolution Thursday calling for the repeal of a U.N. Security Council resolution condemning Israeli settlements that the United States allowed to pass last month by abstaining from the vote.

The 342-to-80 vote reflected the bipartisan nature of Congress’s support for Israel. A majority of the 80 votes against the resolution came from Democrats.

“Today we put Congress on record objecting to the recent U.N. Security Council resolution that hurt our ally,”

The most notable Democrat to oppose the resolution was Minnesota’s Keith Ellison, who is a strong advocate for Palestinian rights.

The resolution is expected to gain further support in the Senate, where a bipartisan group including party leaders Mitch McConnell (R-Ky.) and Charles E. Schumer (D-N.Y.) has already backed a similar measure condemning the Security Council’s action.

Several senators want to go a step further, and take the Security Council vote as a cue to start partially defunding the United Nations and withholding foreign aid from countries that supported the resolution.

House Speaker, Paul Ryan (Republican), argued on the House floor that the resolution “was about one thing and one thing only: Israel’s right to exist as a Jewish democratic state.” He went further, calling on the entire House to support the resolution.

“I am stunned– I am stunned at what happened last month,” Ryan said in a statement on the floor. “This government, our government, abandoned our ally Israel when she needed us the most.”

The House’s resolution “sends a powerful message, and it turns a page,” Ryan added, demonstrating that the United States is ready “to repair the damage done by this misguided hit job at the U.N.”

“Allowing such a one-sided resolution to pass at this moment sent the wrong signal to our ally Israel, to Israel’s enemies and to the world,” House Minority Whip Steny Hoyer (D-Md.) added.

But Engel and others cautioned the GOP not to heap too much blame on Obama, pointing out that previous Republican presidents, including George W. Bush and Ronald Reagan, had also allowed the Security Council to pass resolutions to which Israel objected.

Still, the vote split among Democrats was hardly one-sided. More than 75 Democrats voted against the resolution — a sign, some opponents of the House resolution believe, that the discussion around Israel is changing.

“You see a crumbling of what historically has been a near-unanimity of position and language and rhetoric on these issues, into a much more representative, open debate between competing points of view,” said Jeremy Ben-Ami, president of the progressive organization J Street, a pro-Israel and pro-peace group that supports a two-state solution.

One of the Democrats to vote no, Rep. Jan Schakowsky (D-Ill.), said she did so “as a proud Jew.” Rep. Luis Gutierrez (D-Ill.) also opposed the measure, objecting to the idea that “this Congress has allowed our chamber to be used as an Israeli campaign rally.”

Israeli Prime Minister Benjamin Netanyahu objected fiercely to the Obama administration’s decision to abstain from the U.N. vote, indicating he would be putting his hope in President-elect Trump. For his part, Trump tweeted after the vote for Israel to “stay strong” as “January 20th is fast approaching!”

Sen. Lindsey O. Graham (R-S.C.), who chairs the Appropriations subcommittee that controls the State Department and foreign operations budget, warned last month that if the U.N. resolution passed, he would work to “suspend or significantly reduce United States assistance to the United Nations.”

“In addition, any nation which backs this resolution and receives assistance from the United States will put that assistance in jeopardy,” Graham said.

Earlier this week, Sen. John McCain (R-Ariz.) suggested that the U.N. Human Rights Commission might be a place to start defunding the United Nations, pointing out the commission includes many human rights offenders in its membership.

The Security Council voted last month to demand Israel stop building settlements in the West Bank and parts of Jerusalem the Palestinians hope to claim as a future state. Most countries consider the settlements to be illegal. But Israel and its allies criticized the measure as one-sided and antithetical to the ultimate goal of achieving peace through a two-state solution.

Secretary of State John F. Kerry, who has been involved in multiple attempts to broker a peace deal between the Israelis and Palestinians, defended the United States’ decision to abstain. But most lawmakers objected to the Obama administration’s decision on the resolution, which House Speaker Paul D. Ryan (R-Wis.) on Thursday insisted “was not about settlements, and it certainly was not about peace.”