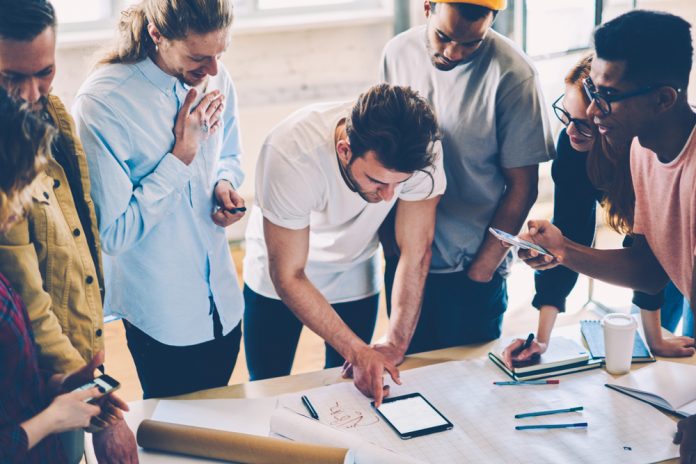 Not knowing what to expect before you start at university can be very daunting. You have no idea what to expect and you’re moving away from your normal life and everything you know. It can sometimes feel exciting because you’re starting a new chapter in your life and you’re ready to gain some real independence. On other days, it can feel unnerving with all those thoughts going around in your head. You’re actually moving away from your normality…what do you do?

Currently in my second year of university, I know exactly how it feels to move away from everything you’ve ever known. Being 2 hours away from home can feel like an eternity on some days and yes, it does take some getting used to. Reading other students’ experiences really benefitted me before starting at university. I knew exactly what I needed to bring, even the things that you don’t expect you’ll need…you’ll probably need them. Here are some things that you should know before you make the big move to university…

This might seem like the most obvious tip in the world but trust me…there’s always one person who doesn’t do this. This tip is in regard to everything before moving away. What I found most helpful was to write a huge list of items that I needed to take to university. I made a list with different categories (toiletries, stationary, clothes) to make it clear what things I didn’t want to forget after making the 2-hour journey to my new flat.

Moving away is already a huge decision. Knowing that you’re going to be away from your family and friends can cause a lot of stress when you’re worrying about making new friends in your 20’s. When you’re this age, you kind of forget what it’s like to make brand new friends. Facebook is your best friend for this. There are so many different groups and group chats made for freshers to meet new people before starting at university. I joined a group in the summer before moving in September. I got to know my flat mates before moving in, other students in my block and people who were on my courses. Even though you’re not meeting them in person, it makes it less nerve-wracking when you walk into your flat for the first time because you kind of know what to expect…or at least know your flat mates’ names.

Going ‘out out’ isn’t for everyone, of course. However, Freshers Week is definitely a way to meet people from your university and other universities in the city you’re in. From pre-drinks in your flat to being out on the town, it’s a great way to get to know each other even if you don’t want to stay out every night until the morning. I wasn’t much of a going ‘out out’ person before started university, but I made the most of the week and the cheap drinks! Getting to know other students in my block and making friends were the best memories of first year for me.

5. Make the Most of Your Small Workload

First year is the easiest. Some universities even have a policy that your first year of work doesn’t go towards your final degree grade. At my university, first year is worth 10% of your final grade. Not a huge amount, but you still are required to work hard and set a good example for yourself. However, first year is the time where you can afford to go out drinking instead of completing that essay two weeks early, you can socialise instead of reading 100 books in advance for a lecture. As soon as second year arrives, it’s much harder to do those things because your workload doubles in size. First year was the best for going out and procrastination…make the most of it.

I was quite lucky in first year. I wasn’t one of those students who cried every night because they missed their bed from home or booked a train ticket back home because they couldn’t take the distance anymore. There were plenty of students who dropped out in first year because they realised that moving away wasn’t for them, or that university just wasn’t the right path. As I had a year out before starting university, I knew that moving away from home was the decision I was set on, so homesickness didn’t hit me as hard as others. Being a year older also meant that I had tonnes of work experience under my belt, helping with the whole independence thing. However, I remember nights where all I wanted was to just be at home with my dog, or out with my family whenever they were all spending time together. I think homesickness hits people in different ways. Even still, being away from home now does upset me sometimes, especially birthdays. The most important piece of advice though is: If you’re feeling super homesick in first year…DO NOT book a train ticket home. You’ll probably never come back to uni. Trust me, it happened.

If your situation is like mine and many others’, you’re going to be placed with strangers and expected to live with them comfortably. Does it work to the best of ways? No, of course not. I was quite lucky to have pretty laid-back flatmates in first year, but that doesn’t mean we didn’t argue. Cleaning is huge issue when you’re living with other people. Everyone has different standards and some people are just lazy. Some people might want to blast music at 3 o’clock in the morning… there are going to be issues. Like any place, there are going to be people that you have to deal with because you live with them. No one’s asking you to be best friends with everyone so it’s completely fine to not like someone. Just try to avoid huge arguments if you can and if you’re really not liking who you live with, you can always change flats. Don’t let bad flatmates ruin your uni experience. I’ve seen it happen before and it’s a huge shame because it really doesn’t have to be that way. Plenty of people change flats, even halfway through first year. It’s completely fine and it could be the best decision ever.

This might seem like another obvious one, but I know people in second year who STILL cannot do either of these things. Moving away from home means that your parents/guardians aren’t going to be able to do everything for you, including your washing and cooking. If you don’t know how to do these things, I suggest you learn the basics before you’re standing looking at the cooker not knowing how to turn it on, or mixing your clothes and ending up with a wardrobe of pink clothes. It’s really not that difficult. Separate your whites and colours. That’s all. A washing machine might seem like the scariest thing ever when you first start but trust me, you get used to it and it’s so easy. As for cooking, it’s really simple. Get your parents/guardians to teach you how to cook simple meals and you’ll be fine.

Trust me, I know how tempting it is to spend the 1000’s of pounds that get put into your bank account when you start at university. DON’T DO IT. For some of us, that’s the most money we’ve ever had in our bank account at once so it’s easy to go onto Topshop and buy that coat you’ve wanted for ages or buy the latest pair of trainers because you can. You’ll thank yourself so much for not doing those things when you’re standing in Tesco, knowing that you can buy what you want to eat instead of living off soup and pot noodles for the whole year. There’s no reason to say you can’t buy yourself something nice from a store every once in a while, but make sure you work out how much money you have per week. I found this to be an absolute life saver. I know when my loan is coming in, how much rent I have to take out of it and then what I’m left with for the remaining weeks. So many people blow their loan on car insurance, clothes, designer shoes. Just be sensible and know what you can afford.

Out of all these tips, this one I feel is the most important. University can seem so daunting because you’re older, wiser and your own person. A lot different to starting at secondary school. You already know the type of person that you are (kind of) and university is somewhere that everyone goes to learn. It’s honestly the greatest experience but sadly, it’s a short one. For me personally, my degree is only 3 years long. A year longer than my sixth form experience and that seemed to fly by too. I absolutely loved first year… it’s such an exciting and new time in your life, getting to know people and finding more out about yourself. It’s the most surreal experience too, living with strangers that become friends and starting a brand-new course that you’re dedicating 3+ years to. Almost into third year, I’m so glad I started university and moved away from home. The independence aspect that you get from this is something you cannot get anywhere else. Go out for those drinks, join a society if it interests you and get involved. You get out of university exactly what you put in.

If you’re reading this and you’re not sure whether to take the leap and move away, I hope this post has inspired you to do so. It could be one of the best decisions you’ve ever made.

Looking for a bit of Indulgence? 5 Classic Films to Lift your Spirits