Real name Jacob Dilssner, Wankelmut (translated in German as being indecisive and fickle) shot to fame in 2012 with his multi-platinum-selling remix of ‘Reckoning Song’ by Israeli singer-songwriter Asaf Avidan. We caught up with Dilssner ahead of his highly anticipated new single “Can’t Force Love”. A song defined from a throwback to the artist’s piano-house sound of 2014!

“I always loved that old-school feeling of a great vocal on top of a grooving
piano-house instrumental – it just WORKS! There’s also a universal truth in this song –
you literally can’t force love. That’s a very important life lesson!”

Wankelmut’s humble beginnings start back in 2007, where he stood in as DJ for a number of student parties that friends of his were organising. In the beginning he experimented with a range of tunes from electro, indie, house, techno, and dubstep. Having experienced his first few raves, he settled on techno and house. This followed with a number of gigs across Berlin, which led Dilssner to produce his own music. Following the success of his third track, music was the only logical next step in the artist’s mind.

According to Dilssner, it’s important to have a signature sound or style, and he always tries to do new things with his own tracks. For the music producer, being able to produce an ever-changing sound is what sets him apart. His favourite creations to date range from “My Head Is A Jungle” to his remix of Dennis Floyd’s “Nevermind” and his current music.

With this in mind, Dilssner is keen to give his fans a feel-good factor when listening to his music. Alongside a little bit of dancing that would not go amiss. Staying humble, Dilssner explains how his friends are constantly keeping him down to earth, alongside his incredibly supportive parents. He points out that he would not be where he is today if it wasn’t for those key people in his life.

He goes on to highlight how it is important to make and take care of as many contacts as you can get and to not be dismayed by failures or setbacks. Dilssner explains how almost all musicians had far more failures than successes in their careers.

Dilssner opens up to having been bullied in high school. He explains how he was a big computer nerd. With the music business being quite competitive, the artist explains how you can expect some form of bullying, which he highlights is a sad reality within the industry from his experience.

The artist places a significance on the power of social media to drive your career, one with which the creative industry cannot be any more overstated. Highlighting how sometimes it feels about 3/4 of his job is feeding his social media channels. Although in his spare time, he enjoys drawing and painting, which he finds relaxing from the constant stream of activity within the studio. He also likes hiking and going scuba diving when and if time allows for it. 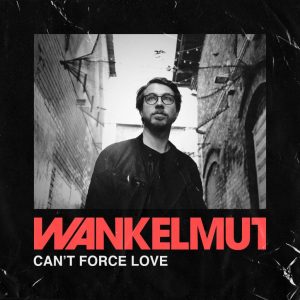 Looking ahead, Wankelmut is working on new music, including a handful of radio singles, remixes, club-focused tracks, and more. His dream is to be nominated for a Grammy and continue to make a positive impact on people’s lives. Otherwise, his sights are set on continuing to make great house music.