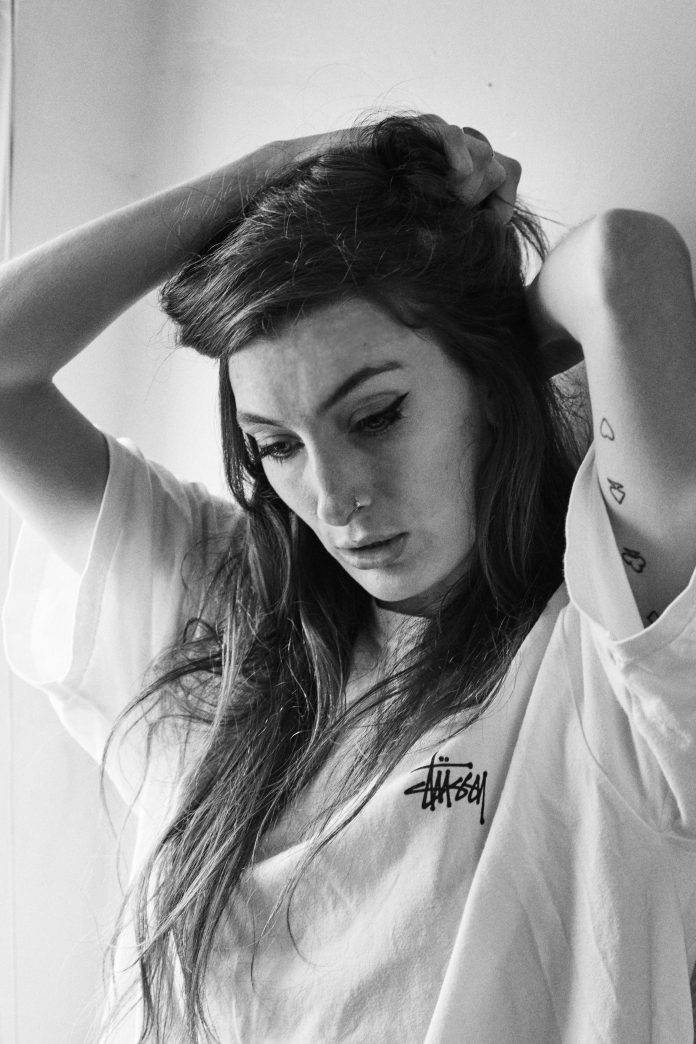 Gus Harvey’s journey is not what you may quite anticipate. A story embroiled in a roller coaster ride, that spans from travelling the world and writing music with her band, to signed deals and dodgy characters which led to the artist being on the brink of losing everything she had ever worked for. With specific reference to losing access to the masters for everything her band had ever written.

“Some people would have given up then, but I was enraged, and in my body rage tends to turn into action pretty quickly!”

Gus subsequently designed a plan of four EPs to release independently, with the purpose of protesting all the things she felt were wrong in the industry. Ranging from an industry that was perceived as being male-dominated; the difficulty for artists to retain creative autonomy (especially women); the whole boardroom-of-songwriters business model, to being objectified and forced into one fixed “product” identity, genre.! For the artist, she had a sense of duty to her team, emboldened by the support from her peers that what she was doing, needed to be done.

We caught up with Gus following her highly anticipated release “England” to find out more about the artists incredible journey and what plans are in place for the future.

For Gus, the inspiration surrounding her new release was due to moving back to the UK. Having been predominantly nomadic, due to constant travelling throughout her music career. Defining her music as eclecticism, Gus points to a lot of experimentation surrounding her music due to her jazz background. Highlighting how she has taken to music since birth, her music is truly a unique blend, one which she admits is true to her character,  even if it seems impossible to market!

Keen to invoke a range of emotions from her fans, Gus points to a feeling of freedom as the core reaction to her music. Keen to compel listeners to be who they are and express that as purely as possible, because nobody else can.

In her spare time, Gus enjoys going for a forest walk and watching something which is going to end up influencing music… “It’s possible that I’ve created a format for making music that can’t ever make me bored! Maybe that sounds sad, but it makes me happy.”

Gus opens up about being silenced, “gaslit”, reduced and lied to during her pursuit to live her dream. Highlighting that if that’s happening to you, to feed it no energy. To think of it “like when you have a candle and put a lid on it, starve it of oxygen”. It will make you define your position and hold your own with greater strength, and is something the artist notes as a blessing in the long run.

“…if people need to reduce others to support their own narratives, then they’re losers and their narratives are worthless”.

The artist highlights that she was treated for PTSD. Something she praises the NHS in great length for the help she received. Gus believes these life experiences are your strengths when harnessed right.

When it comes to finding people in the music industry who are a kin to the music she wanted to create, Gus instantly mentions her band mates. For the artist, they are everything. With special mention to Elias Razak (who is her OG keys player and muse) she met over a bar whilst working in  The Social, Soho.

For Gus, she believes you need to expect to give everything to your music. Highlighting the biggest challenge she has had to face is Ego vs Failure. Highlighting her experience with the BBC Introducing at Glastonbury in 2019. Gus was one of eight independent acts in the country to win a slot. She humbly admits to be being totally out of her depth, turning up alone with a backpack.

“I couldn’t afford in-ear monitors, and had no idea how loud it would be amongst the other stages in the Silver Hayes area (which is full of dance stages) – effectively I played a half hour set of live production totally deaf… it was bad. And then it was posted on the BBC Introducing Youtube channel – a huge audience, for by far the worst gig I’ve ever played.”

The biggest challenge for the artist was getting on stage again after that. For the artist every time you spring up again, that’s another hit you know you can endure. You get a little bit more bulletproof, a little bit freer of ego. Gus found that makes the next performance quite a lot better.

Gus is in her own words “dangerously obsessed” with Rosalía. The reason being that the artist sees Rosalia being another matriarch female producer and a champion of female artists.

I’ve lived in Barcelona (where she’s from) and I learned so much vocal technique from flamenco, so for me it’s beautiful to see it represented in the mainstream. She is classically trained in it, so the authenticity and quality is at the very top, and she hasn’t compromised her identity whatsoever to fit the industry – it’s so necessary.

For Gus, Rosalia showed music could be created in an entirely unique sound, blending hiphop blended with gypsy culture, one which ended up being the first Grammy-nominated artist who sings in Spanish.

Gus is currently working on the final EP of the four, before her LP (which is where all the new music is going). The EP contains her favourite tunes, with all the visual creative being scheduled over the internet.