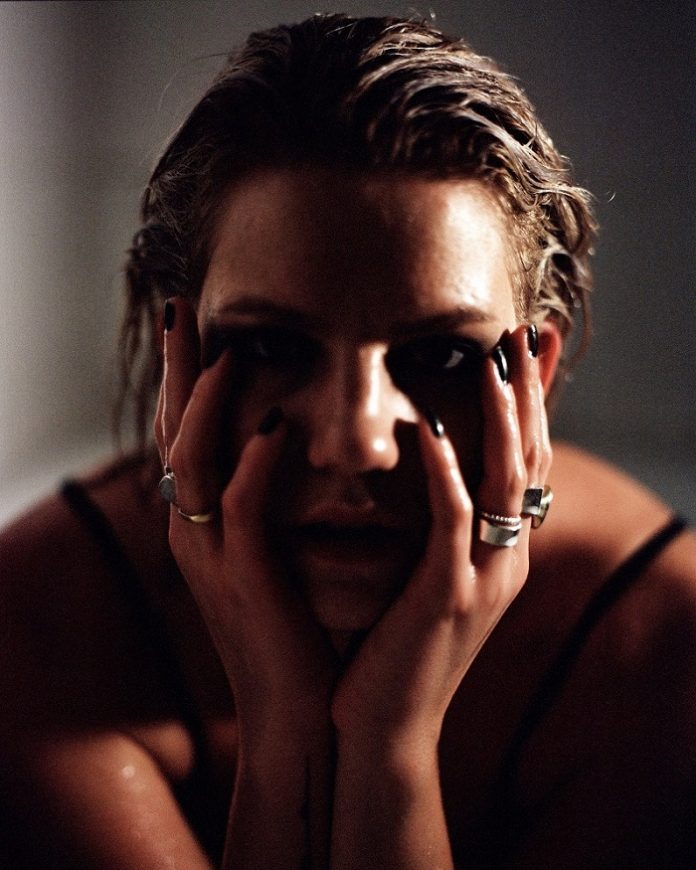 “We only live once, so spend your time with people you love and who love you, people who lift up your energy and people who you can laugh with. Let’s be kind to others, because you never know the effect you can have on someone’s mental health when you are being terrible to them. Think twice, be nice haha!” – IZZA

Music really just happened to me, IZZA explains.  The London based alt-pop rising star points to her youth where she remembers being in the garden of her childhood home and just singing and making up lyrics about the birds in the garden. She fondly remembers finding herself often sitting and playing their piano, and singing along to the tune she was playing at the time.

“I think It just naturally felt like the more comfortable way to express myself..through music. When I was 9 years old my choir teacher told my parents it might be worth giving me singing lessons, so they looked into it and since then I had classical singing lessons twice a week till I was 16 years old really”.

IZZA notes how she always used to tell people she wanted to be a singer and songwriter, however, it was not until she finished her course at King’s College London that it dawned on her that music was where her passion lay, and nothing less than a music career was where she would set her sights. Ensuring she managed her BA at the time next to managing her own band so she could have a “proper degree”. We caught up with the artist following the release “Lows”.  A song that holds a special place in the artists heart, and one which she openly admits to being thrilled that the production is finally complete and available to share with the world.

IZZA explains that the formation of her new release started from a writing session between herself and Amy McKnight in the music studio. Opening up about having suffered through a dark period prior, the artist openly questioning the direction she was going; IZZA was keen to use that energy and turn into something postive.  I wanted to write something that would pick me up. And it did. Lows is about dealing with anxiety and depression in your everyday life. It’s a song that says ‘it’s ok not to be ok. It’s okay to have your demons. You can learn to live with them. Invite them to a party and make them dance.” IZZA explains how she didn’t realized how relevant her lyrics would be, and is extremely humbled by the take up it has received.

The artist describes her music as “Dark Soul Pop”. A preference for fusing catchy hooks with deeply emotional moments in her songs. Referencing a need to showcase both the dark and light elements, and normalize the stereotype that contradicts the notion that its not ok to be not ok. Instead seeking to point out that its normal to not feel great all the time. A point which she hopes comes across to her listeners in both her lyrics, and vocal delivery.

IZZA admits to not being a fan of melodramatic antics, and notes how she wishes she could “take people out of their own little drama bubbles sometimes, so they understand it‘s not all that bad”. The artist enjoys looking at the stars, and finds taking in the universe, offers an opportunity to look back at the world from a completely different perspective. The realization of how how small and beautifully insignificant we are in the grand scheme of things. Highlighting how in doing so, offers her a free rekease to go on and do anything she wants. Instead of spending this short time on earth embracing dramas and negativity; the artist’s focus is to lift people up through her music.  “A world where people can accept, respect and support each other no matter what their skin colour or religion is, who they love or where they come from”.

IZZA explains how when you’re a self-employed musician and independent artist; a lot of the time people don’t understand what you are actually doing all day – that you’re doing all sorts of jobs including accounting, planning, admin, organising, PR, social media, rehearsing, performing…The artist takes stength from her parents  who constantly seek to remind her that when anxiety arises, that she is persevering for the love and joy of her music. The artist highlights how for the longest period of time, she tried to please everyone around her. Sometimes at the cost of her own well-being. Looking back she finds it has made her into a stronger person. Ultimately realizing that she did not need to please everyone to be happy within herself.

The artist opens up about having having suffered from both depression and anxiety. Explaining that she feels it’s incredibly important to normalise talking about these problems, and putting emphasis on how important mental health is.

Social media has played a major role in promoting IZZA’s music, she explains. She highlights how she has used social media to encourage fan engagement – especially during Covid-times, but notes that there is a lot of effort and planning involved in making it work for you. At the same time, the artist points to the importance of finding people that are on the same wavelength as yourself. Noting the importance of spending time in the studio with people you get along with. “Making music together is such an intimate experience and process, most people I’ve worked well with have become fiends along the way”. She recommends to concentrate on making music that you love and that is true to yourself, and get yourself out there. To attend networking events, or join online webinars and surround yourself with people in the music industry. Referencing the  Featured Artists Coalition (FAC) who represent artists in the UK and offer educational opportunities and advice for artists.

IZZA explains that she has faced many challenges in her pursuit of her dream. Openly admitting that she took on opportunities that sadly did not work out, with a lot of moments that the artist felt were failures. However, her biggest challenge has been finding her identity as an artist. “The two are so closely interlinked it’s hard to separate them. Finding my own voice and making music that I 100% identify with has been the biggest challenge. And with my release of ‘Lows’ I got there, although it is a constant work in progress. But it makes me very happy”.

IZZA is currently finishing work on a special acoustic version of ‘Lows’ and is very excited  at the prospect of sharing a completely different take on the song with the world. In addition to her new single!#watchthisspace

Alabama based Metal Band ERRA on “Shadow Autonomous” & Finding the...