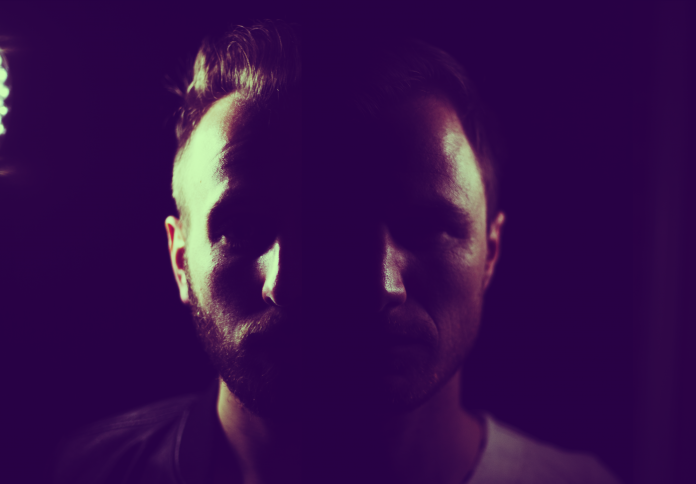 It’s a tough industry to succeed at but it’s an incredible ride, the highs and lows of the music industry can get addictive. – WOLFCLUB

We caught up with London and Nottingham based duo  WOLFCLUB prior to the highly anticipated release of their new album. Fronted by Steven Wilcoxson (producer, guitarist and songwriter) and Chris Paul-Martin (producer, vocalist, and songwriter), the London and Nottingham group are one of the most popular groups fronting the synthwave genre that’s making waves in the underground. Describing their music as fusion of retrowave, synthpop and indie rock music. The duo point to blending a bit of each of the genres, taking their favourite elements and mashing them together to create their sound. “Over time it’s developed as our own sort of style with analogue synths, bass, grungy guitars and melodic vocals sounds”.

Throughout the group’s releases, a theme of youth rebellion is consistent and something they try to

capture with their visuals and music. With the band’s love of 80’s soundtracks and movies, the duo both share a detailed hand of working with different graphic and visual artists to recreate their vision for their thousands of fans.

Steven explains how Chris and himself have been friends since they were kids and have been writing songs together for may years. Having initiated their desire to pursue music through band practice in Steven’s loft. The duo went onto record their songs in the studio, submitting their creations to labels and the BBC. “We’ve been lucky enough to work with some great people at various record labels and then worked out way up to sign with our favourite record label, NewRetroWave records”. For Chris’s journey, he highlights how he has been in bands since the age of 14. Openly admitting some terrible, some okay, but always loving the experience.

The duo explain how they find writing songs to be very cathartic. Pointing out how when their in the middle of creating a track their brain almost goes into a trance like state. A focus that they admit is quite intoxicating and addictive. “We love constructing a song, assembling it from all these different ideas and inspirations. We’ve tried to explore more with different sounds and writing styles as time has gone on”. Chris highlights how the new album is bigger and encompasses a more epic feel to it. With the duo pointing out how they have tried to add more and experiment a bit with new instruments; inspired by 80’s soundtrack albums.

The duo are keen to invoke a sense of nostalgia & euphoria through their music. The sensation of feeling a “little bit happy, a little bit sad, memories of the past and hope for the future”; utlimately a place that exists between those two planes of existence. Taking inspiration from their family, Steve explains how his mum and dad through their unwavering support, have enable the artist to get to where he is today. Through studying music at university through to purchasing his first guitar and recording equipment. In addition to a mention to his brother, who admittingly played the artist “all kinds of crazy music that no eleven year old should ever listen to”. The duo going onto reference the people that were right at the start of their journey. Pushing them to continue even when they by their own admission were “terrible”, and turning up to their shows.

Steven explains how initially when he first played on stage he would suffer from a lot of nerves and anxiety. Going on to highlight how after playing hundreds of gigs the artist became numb to those feelings of fear and simply enjoys the experience of performing. “I suffered from a bit of social anxiety when I was younger, especially at university, but as I got older that seemed to disappear. The duo making a point of noting that for anyone suffering with any mental health issues you should talk to friends and family members!

The duo find collaborating with other artists and musician within their genre has had an major impact on growing their fan base. Pointing out how looking at the work they were doing pushed them further, to try and match the talent of the other musicians around them. “By finding similar artists and engaging with them their fans become your fans and vice versa”. Steven explains how its important to look outside of what you know and what you feel comfortable with, discover new music, art, people that can inspire you in different ways and take your own work in different directions. Chris adding that the duo both have a good feel about who they want to work with.

The duo highlight the importance of having patience in the pursuit of your dream. None more so in the realm of those in the creative field. Highlighting how they have been incredibly fortunate to have had support from the BBC, from music supervisors and film directors. “If you can submit to record labels who release stuff you love, an amazing label will support what you do and have a good network of connections and reach to get your music to more people”. Additionally noting the importance of putting in the hours, to keep practicing your skills. To accept the knock backs and enjoy the highs that success brings.

Referencing their own challeges, the duo explain how writing for a major film was an incredible challenge for them. Whilst an incredible experience, embarking on this project remotely, whilst trying to liaise with the directors and film executives was one of their greatest challenges to date.

The duo are currently working hard to get everything in place for the release of their new album whilst simultaneously working on the next record, and writing lots of demos that will eventually be formed into songs down the line. #watchthisspace