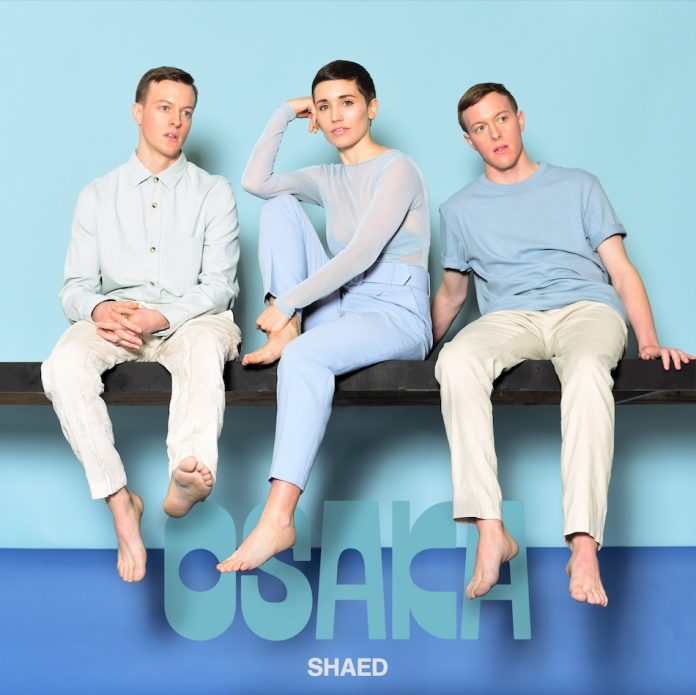 We caught up with Multi-Platinum American trio SHAED. Having recently surpassed 2 BILLION streams worldwide, we spoke with them about their latest release [Osaka]. Fronted by lead vocalist Chelsea Lee and multi-instrumentalists Max and Spencer Ernst; the trio grew up with music and were instantly drawn to it they explain. “We always knew this was what we wanted to do, the challenge was figuring out how to make it in the industry”. Their latest single [Osaka] was inspired by their trip to Japan in the summer of 2019. Having spent many nights dancing around Osaka and Tokyo, the band instantly fell in love with the country. With the song itself an embodiment of the confidence they found during their time in Japan.

The trio describe their music as an alternative pop with strong female vocals.Noting that as a family band, they hold an interesting story, in addition to openly not being afraid to be bold in the music they seek to create. Trampoline has by far been their favourite creation to date as it changes their lives in such an incredible way, they will always see it as the song that showcased who they are as artists.

“We wrote and recorded that song in the living room of our crappy rental house in Maryland and never thought it would do what it did. It’s the song that most represents SHAED”.

The trio hope their music speaks to their fans in a way that allows them to feel open to express themselves. Noting that both of their families have been an incredible inspiration for them. Having supported the trio and loved them throughout their struggles and the incredible moments! Highligthing that due to their focus on surrounding themselves with genuinely nice people, they have been fortunate to not have to deal with bullying within the industry itself. This being said, they have themselves all experienced moments of feeling anxious, depressed, and confused. Non more so than in the past year. Vocalist Chelsea opens up about having to start therapy for the first time in her life last summer.

As for social media, the trio sees it as a wonderful platform from which to give their fans a glimpse into their lives. To let their fans see where they live, what they do, how they create and how they feel! With a combined view of seeking to show fans what they are going through in real time so they can better understand them as artists.

In finding inspiration for their latest album, the trio explain how they were keen to collaborate with people that inspired them [Frank Sinatra; Tame Impala & Yebba to name a few]. Whilst not necessarily creating the same music as their production, the diversity and variety allowed them to bring magic to their music. For the trio, the key has been sticking with it, and writing music that means something to you. Admitting that their points where they were grinding, playing covers for no one, and went through the motions of giving up. But they pushed through those difficult moments and got their lucky break when Trampoline received the exposure through an Apple commercial.

The trio have just completed their latest debut album, with plans in place to get their live show ready for some upcoming socially distanced festivals they have planned this summer. #watchthisspace