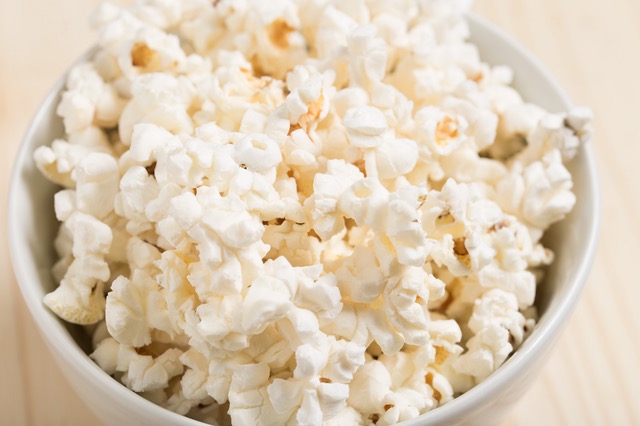 Summer movie season is upon us, however if you can’t decide on what to watch over the summer while you wait for that next blockbuster or indie darling, allow us to help you out. Below are our ten top “must see” films:

Perhaps my favorite film of all time, or at least out of the films I’ve seen in my life so far. Paul Thomas Anderson has quickly become my favorite filmmaker after witnessing his masterpiece There Will Be Blood and being quickly smitten at how incredible his directing and writing is on a massive, epic scale. Magnolia, while in a lot of terms a smaller film than There Will Be Blood in the fact it takes place in one night, it perhaps is the biggest most audacious script every written. This film cemented my love for Anderson from simple affection to stonewall admiration and love for him, and I await his next film later this year with ample anticipation.

This film is arguably the most important film to pop culture and the film industry, that is and will ever be. The film changed and created what we today know as the blockbuster, a film thats scale has never been matched and although its been copied, never been as original or groundbreaking.

Out of all the films on this list, almost no matter what, you would of heard of Star Wars, and whether you love the franchise or hate it – you cannot deny its importance. To me? The greatest science-fiction movie ever made.

Francis Ford Coppola manages to execute one of the finest pieces of American cinema with the first of his three part saga, The Godfather. From the dialogue to the acting, this film excels in painting a gritty, realistic depiction of the mobster hierarchy, with one of the greatest pieces of acting in cinematic history with Marlon Brando’s Don Vito Corleone. This film has already stood the test of time and is deservedly ranked as one of the greatest films of all time. A true masterpiece.I urge you if you have not yet checked out this film, what are you waiting for? It’s a true hallmark of cinematic excellence and is undoubtedly one of the greatest films ever made, in my opinion.

Although 2001: A Space Odyssey is the second greatest science fiction movie, second only to Star Wars, Alien is higher on this list of one reason – I just love Alien. Any rhyme or reason? Well despite it just being a great film in general, excellent in nearly every way, it has the perfect blend of suspense, horror, action and intrigue that has sustained a universe of Alien films well into the 21st century. If you haven’t read my Alien: Covenant review, and I recommend that you do, although I didn’t like the movie too much, its only because my love for the franchise is so strong. Some prefer Aliens (1986) , some prefer Alien (1979), but for me Alien is not only the best in the franchise – but one of the best films ever full stop.

Is it the best war movie ever made? In my opinion, yes. The film is strong in every technical aspect and every creative aspect, and thats not even mentioning the behind the scenes of the film. Known for being the most hellish film shoot in cinematic history, the behind the scenes film is almost as intriguing as the film itself. In my humble opinion their trek through hell was worth it because the final product we got? Extraordinary.

There Will Be blood (dir. Paul Thomas Anderson) 2007

The film that kickstarted my love of Paul Thomas Anderson, There Will be Blood is a testament not only to the writing and directing, but more noticeably, the sheer incredible performance given by Daniel Day Lewis. If any performance was to out-do Marlon Brando’s outstanding showing in The Godfather, its this. I could talk again about how much I love PTA and how incredible he is here, but this is less a film I love for the directing and more I just love for the acting and writing. Its not only the best film of the 21st century, its easily one of the best films of all time.

A film that can emotionally wreck me, and the sheer though of the film months after bring me to an emotional climax, is worth its place on this list. Apart from the marvellous script adaptation, apart from the incredible, career best performance from Jack Nicholson, its just the sheer perfect directing. Forman manages to create a claustrophobic hostel for our protagonist feel so real its like we’re there with him, a feat not many films have managed to do for me. It might be the film, second only to Magnolia, in which I have he deepest emotional connection to whats on screen. Watch this film and it’ll stay with you for the long haul.

My faveourite Kubrick film, which in itself is an almost impossible task to choose from, A Clockwork Orange is the darkest, most disturbingly fun film you may ever see. Is it possible to like someone so horrible? Is it possible to enjoy something so cruel which this film is? Its fair to say no one other than Kubrick could of directed this film, its quintessentially Kubrick – which if you know the director, means its a master piece.

Perhaps one of the most iconic films in movie history, from its poster to its dialogue, Taxi Driver is incredible. Amazing script, beautiful directing and a career best performance from one of history’s greatest actors. Taxi Driver is a dark, disturbing tale that feels almost as relevant now as it did when it came out in the 70’s.

Last but not least, 2001: A Space Odyssey. One of the most influential movies ever made, changing the landscape for modern science fiction as we know today, it truly is a monumental filmmaking achievement. If this film came out today it would be hailed as a technological marvel and a masterpiece. The fact it came out in 1968? Extraordinary. If there was one film I wished was shown in IMAX every month for the rest of my life, it would be this movie. My biggest regret is I haven’t seen this movie on the big screen – but I will. Oh I will.