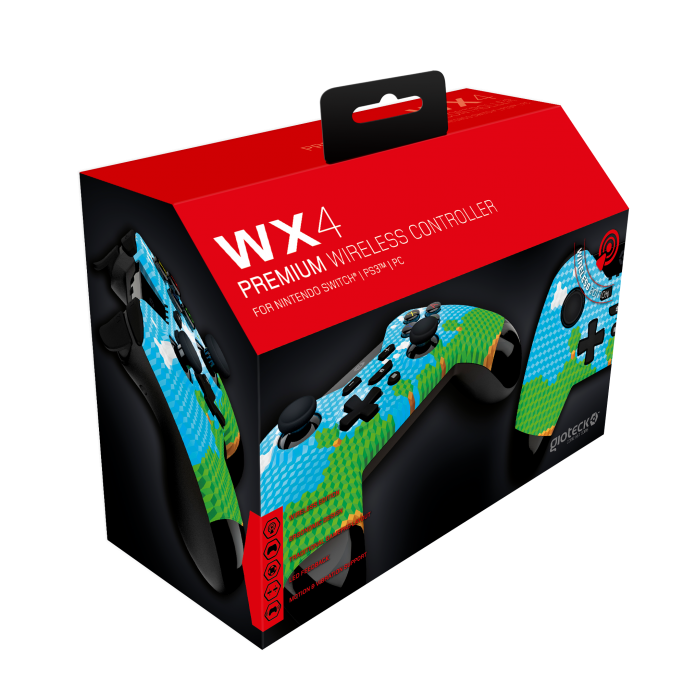 The first thing I noticed about the controller was the stylish cascade of blue, green, white, and brown coloured blocks spread across the controller’s face and the sleek design. When I held it in my hands, it was ergonomic and had a comfortable weight. As it is a wireless controller, I plugged it into my Nintendo Switch (although it is also PS3 and PC compatible) to charge, and begin testing its capabilities as it charged. It connected to the Switch with a standard USB Type A and was recognised immediately by the Switch. 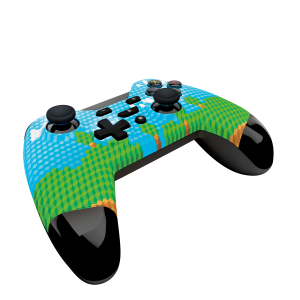 I played several games. Game 1 was a high speed puzzle game which required quick reflexes and response time. The WX4 performed better than my preferred wired controller, with none of my usual issues related to buttons sticking or with the d-pad activating incorrectly when pressed during moments requiring precise, high-speed responses. My performance during the online competitive side of the game also felt more successful than usual.

After several hours of gameplay, the controller was fully charged, so I disconnected and played from my couch, about two metres from the TV without any issues of connectivity. Game 2 was a platformer. The WX4 again performed admirably; at no point did I find any fault with the controls. My only issue was that if I paused the game and didn’t manipulate the controller for several minutes, it would power off, but attempting to continue playing, the controller did not easily respond or reconnect to the Switch. It took some effort to re-establish a connection, but then gameplay resumed as previous.

The WX4 also possesses motion and vibration support, and whilst those weren’t necessary to enjoy the above mentioned games, it did enhance my experience.

To recap, the WX4 is a great piece of hardware, and in spite of shortcomings with connectivity during breaks in gameplay and a shorter than expected battery life, I would still encourage the controller for anybody who wishes to upgrade their gaming experience with an incredibly ergonomic and responsive device. 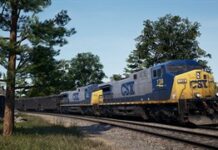