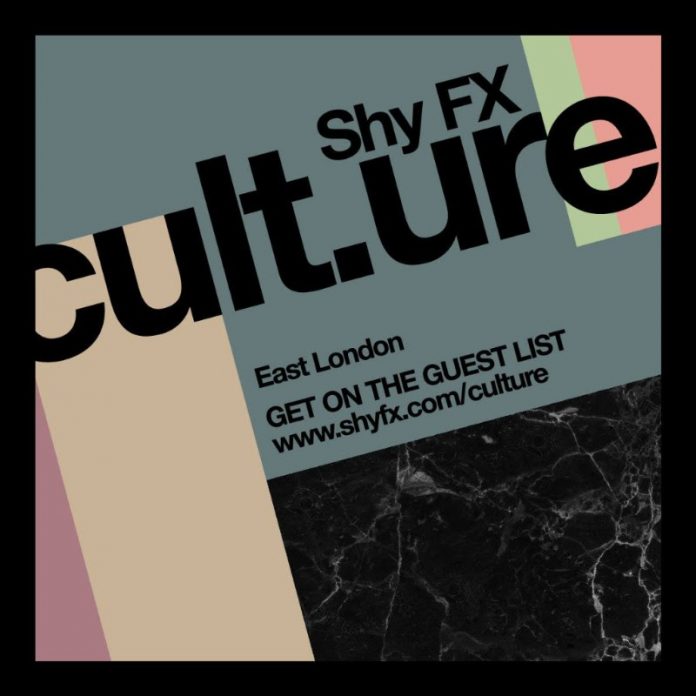 Every Thursday throughout February, Andre Williams, aka Shy FX, will bring his brand-new ‘Shy FX Presents cult.ure event series to a secret location in East London. Each week, the party will bring the vibe of Carnival and the underground rave scene to put some cult.ure back into the capital.

Shy FX will be joined each week by the finest pioneers and tastemakers from the UK music scene plus some very special guests, which together has created one of the most diverse and substantial surprise lineups London has seen in a while. The series launches via www.shyfx.com/culture enabling fans to sign up each week to get on the guest list. Dates for the diary are 1st February, 8th February, 15th February and the 22nd February.

Shy FX is an originator who continues to culturally pave the way and champion genres that make the underground UK music scene the most diverse in the universe. Shy FX has roots in Jungle, Garage, Grime, Bass, Hip Hop, Funk, Reggae, Bashment and House music, so expect to hear all of the above throughout February.