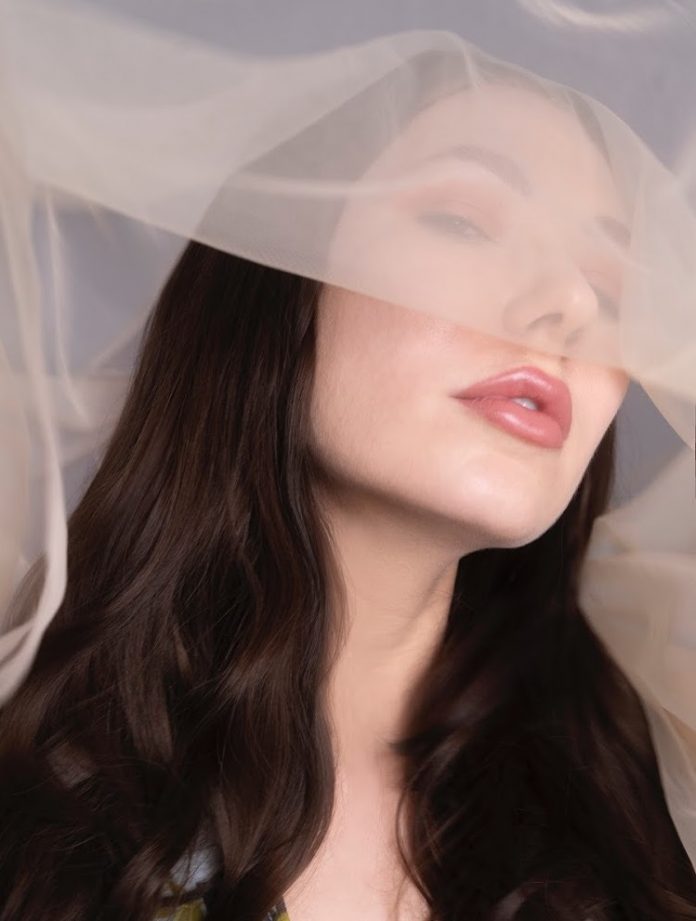 “I think there’s always a certain amount of friction involved in the life of any artist. By definition, we’re not the norm, and that can be excruciating when not fostered in the right away.”

We caught up with musician, music producer, artist and podcast host, Alina Smith in anticipation of her first single in over 5 years, “Girl That Was Perfect” due for release on August 25th. The mega-producer has earned over 200 million streams, co-written and produced chart topping songs and Billboard & ITunes number 1 hits for a plethora of digital, traditional and KPOP artist like Kenzie, Gabbie Hanna, Red Velvet, Niki & Gabi, Betty Who, Nikita Dragun and Fall Out Boy. Additionally, hosting the hit podcast, “Crossover Creative”, which explores the processes, challenges and joys of being a multi-hyphenate artist.

Alina has been releasing music since  2006. The artist explains how she experimented with multiple genres, ranging from pop, R&B, country to, rap in her quest to define herself.  She highlights how is was tough to choose between different types of arts she was interested in. Pointing to her mom as a “super mom”; Alina explains how from the age of 2 she grew up experiencing every arts class her mom could involve her in.

“My earliest memories are of me dashing from my paint brushes, to the piano, to my desk, where I would huddle down to write stories and poems. To be super candid, I think I leaned into music more because I always thought I could paint or write stories later in life, while music was something to do while I was young. It’s pretty ironic, I’m releasing songs now at 33. The universe has a cheeky sense of humor.”

When the artist looks back and seeks to understand why she struggled with authenticity, she feels it is down to buying into the false narrative that to be successful, you had to change yourself to look like other people who were already successful. Alina opens up how this course subsequently manifested from trying to act tough, even though truthfully being quite sensitive. To puting on a Southern accent to hide the Russian accent underneath; forcing her voice to sing in ways that were unnatural to it; and tormenting her body with constant fasts and diets. In the artists own words she was “like Alice in the Forest of Forgetfulness”.

Following the release of “Free Beer”, Alina  decided to take a break to focus on writing and producing music for other artists. At the same time, she began working on reclaiming her identity.

“I started writing a book, which is something I had always wanted to do. I started painting again. I gained weight. I shed the “tough girl” persona and learned to cry regularly LOL. “Girl that was perfect” is the culmination of all of that self-work. I didn’t write that song with the idea of releasing it; actually, I did it as self-therapy of sorts. Which is why I think the song feels so special to me. It’s all the kernels of my story, compactly packed into three minutes.”

Alina explains the danger for artists trying to decide the ways in which their art differs from other art is learning to compare themselves to others and self-commodify. She highlights how a lot of artists that do this feel like they have to do more and be more to be original. However, she points out that true originality never comes from this place of self-doubt. It comes from being authentic. Creating the things you are truly drawn to create without tweaking them to fit or stand out from the industry.

This being said the artist does feel she has made some  pretty unusual choices for her music when it comes to current situation we find ourselves in. She highlights how she is not afraid to touch on serious topics in her lyrics, for example “Girl That Was Perfect”, which tackles body positivity. In addition to his, when Alina produces her music, she gets inspiration from a lot of the music she grew up listening to.

When it comes to people involved in her life that have inspired the artist to strive to be where she is now, her two biggest supporters are immediately referenced. Her husband Brad, and her best friend Elli Moore, who subsequently is also her partner in their production team LYRE. “I believe the universe sends us all gifts, and Brad was one of mine. It’s amazing to have someone to teach you such unconditional love and support”. When is comes to her best friend Elli Moore, Alina highlights how having started their production team LYRE together, they are equally  extremely supportive of each other’s individual careers. Ranging from helping at each other’s music video and photoshoot sets, bragging on each other’s successes, and helping out with any resources they can bring to the table.

One of the artists earliest memories of school is overhearing other kids whispering about me, saying she was full of herself because she walked around the school singing all the time. Alina explains how most of the time, the music was so loud in her head, she wasn’t even aware she was singing it out loud.

“I think  there are several different responses we can have when we’re misunderstood or disregarded. We can shut off from the rest of the world. We can adopt masks to hide our true self. Or we can realize that those that can’t see us for who we are aren’t able to do so not because there’s something missing in us, but because there’s something that hasn’t been developed inside them yet.”

Alina opens up to having suffered from deep depression several years ago following a period of time where her publisher had pitched her to every record label in Nashville and they all said no. It dawned on the artist that having spent a decade of working “her tail off”, she found herself  in the exact same place she had started. Whilst this was a terrible time for the artist, this is where her production work with Elli began, which subsequently led to writing and producing music for others.

“I clung to our team like a life vest, believing in it, even though most people in my life at that time thought I was nuts to be starting this company with an eighteen-year-old.”

Within months, LYRE had cuts in Korea and Japan with some well-known K and J pop artists, and new energy, new people, and new opportunities started pouring into both their lives. Looking back, the artist realizes that the moment she thought was the end of her life was actually the beginning. 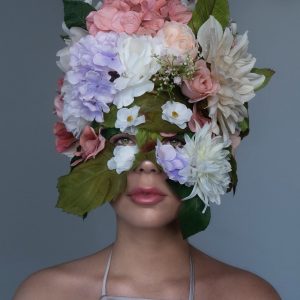 The artist points to her current novel which she has been working on in her spare time, called “Influencer”. She points to her biggest influences growing up being Michael Jackson and Alicia Keys.

“It’s funny how the stuff you obsess over as a kid seeps into your consciousness as an adult: I’m still deeply influenced by a lot of the rhythmic and melodic content of MJ’s and Alicia’s music. As a producer, I also gravitate towards a lot of the early 2000’s sounds, especially those created by Darkchild, Timbaland, and Will.I.Am.”

For Alina, the key to finding your rhythm is self education. Highlighting how there is a wealth of free content available to support songwriting, production, engineering, and the business aspects of the industry. Secondly, she believes it is more important to foster real friendships; than network. “When you genuinely care about the people around you, beautiful things grow from that”. thirdly, to seek mentorship. Explaining how she personally never had this when she was coming up, which is why she feels it took her so long to progress.

“If you have an opportunity to intern for an experienced professional in the industry, take it. Seeing their creative processes will jump-start your growth!”

Alina is currently finalizing her new book; developing her music and sessions with LYRE. In addition to her new podcast she recently launched, called Crossover Creative. The idea behind the pod is to give space to stories of polymaths: creative individuals that excel at more than one pursuit. With future plans to release an EP, stay tuned, as Alina is only going from strength to strengh.